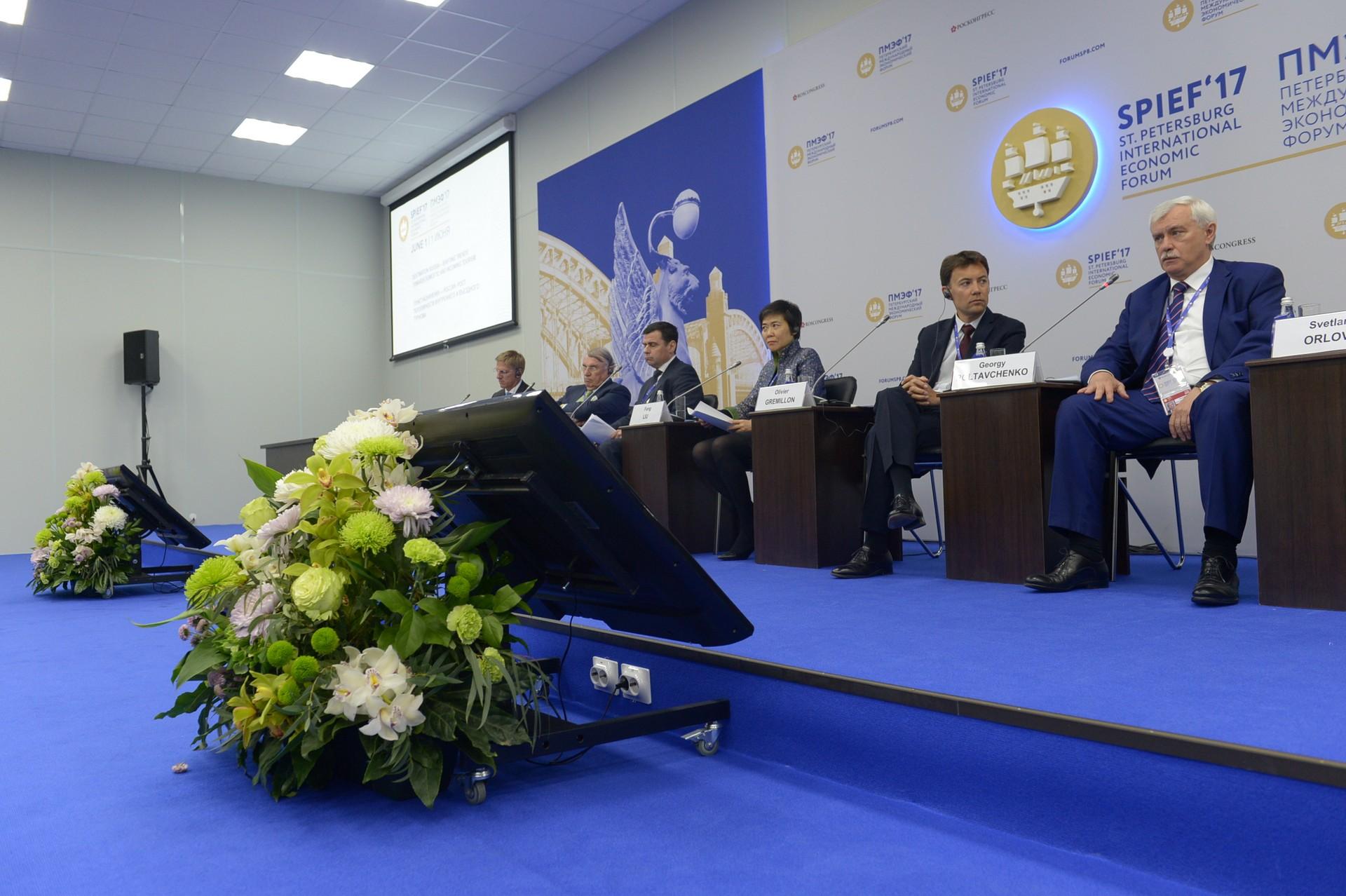 In recent years, the programme of the St. Petersburg International Economic Forum has always included discussions of the tourism and hospitality industry. Last year's debate on the role of tourism in the economy was attended by Secretary General of the World Tourism Organization (UNWTO) Taleb Rifai. The 2017 programme turned out to be no exception, and the forum continued discussing tourist flows and hotels, with, however, a somewhat greater emphasis on travelling around Russia. Here are some of the most interesting headlines from 1–3 June.

The panel session on 1 June focused on the development of domestic and inbound tourism in Russia. One of the tendencies featured in the reports of the regional heads concerned different types of projects developing in different regions: event tourism in the Vladimir Region and gastronomic tourism in the Yaroslavl Region. While St. Petersburg and Moscow continue to attract the greatest number of visitors, both cities also begin to focus on more specific types of tourism, the Governor of the Northern Capital citing meetings and events sector (congress and convention industry) as a promising essential part of business travel.

We have visitors, but we have no brand

Head of the Federal Agency for Tourism (Rosturizm), Oleg Safonov, reminded the audience that according to the World Tourism Organization statistics, Russia is one of the ten most visited countries in the world, but still lacks a recognizable tourist brand, which is one of the conditions for stable development and, according to the official, has already been established in as many as 146 other countries. So, a set of unique branding symbols is going to be created to be instantly recognised by foreigners whenever Russia is mentioned. A public concept voting will be held at the national portal until 15 August.

Russia, just like a number of other countries, is witnessing the active development of the Airbnb service for renting, searching and booking accommodation. Olivier Gremillon, Airbnb Inc. Managing Director for Europe, the Middle East and Africa, voiced a number of private accommodation offers available on the platform in Russia, with more than 40,000 offers having been published up to date. According to Mr. Gremillon, Russia is one of the fastest-developing countries on Airbnb. He also noted that people coming to a new city are increasingly interested not only in visiting the popular sights and famous museums such as the Hermitage, but also in gaining a unique travel experience and seeing the place from the perspective of local residents. To this end, Airbnb has launched an additional function called “Experiences”, which provides services associated with “a unique experience”. In addition to booking apartments and houses, users will be able to order a variety of services that will help them to get acquainted with the culture, food and other highlights of the place of their temporary accommodation. These kinds of services are not always available in guidebooks, and most importantly, they are often difficult to reserve. The first offers of this kind will begin to appear in Russia over the next couple of weeks, starting with Moscow.

The Radisson hotel on the Northern Dvina

An agreement on the construction of a Radisson hotel in Arkhangelsk has been signed at the St. Petersburg International Economic Forum. According to TASS, a new hotel on the banks of the Northern Dvina River will be built in 2019 for the “Arctica – Territory of Dialogue” forum. The project is estimated to cost no less than 700 million Russian roubles.

A country's tourist appeal greatly depends on the marketing strategies for its territories. A convention and exhibition sphere, for example, appears to be an effective tool to help a city or region achieve global recognition. Unfortunately, this kind of global experience, which was the central topic for discussion at a panel session on 3 June entitled “Congress Industry as a Driving Factor in Economics”, is but sporadically applied in Russia. According to the statistics given by David Bodor, Director for Europe of the International Congress and Convention Association (ICCA), at the end of 2016, Russia was placed 42nd in the ICCA ranking with a market share of 0.7%. For comparison, the leaders (first and second place) controlled 8% and 6% of market respectively. However, according to the representative of the Association, Russia possesses every opportunity to increase the number of international events of every scale: from 50 people to thousands of delegates.

The International Congress and Convention Association has published its country and city rankings by estimated total number of participants as part of its public abstract of the 2018 statistics report, offering an alternative perspective on the growth of the association meetings market.

ICCA World members voted Marta Gomes as the new ICCA President on the opening day of the 61st ICCA Congress in Kraków. Marta – Deputy Executive Director, Sales, Viparis – and a great supporter of everything ICCA stands for in the international events and meetings industry – succeeds James Rees in the role.