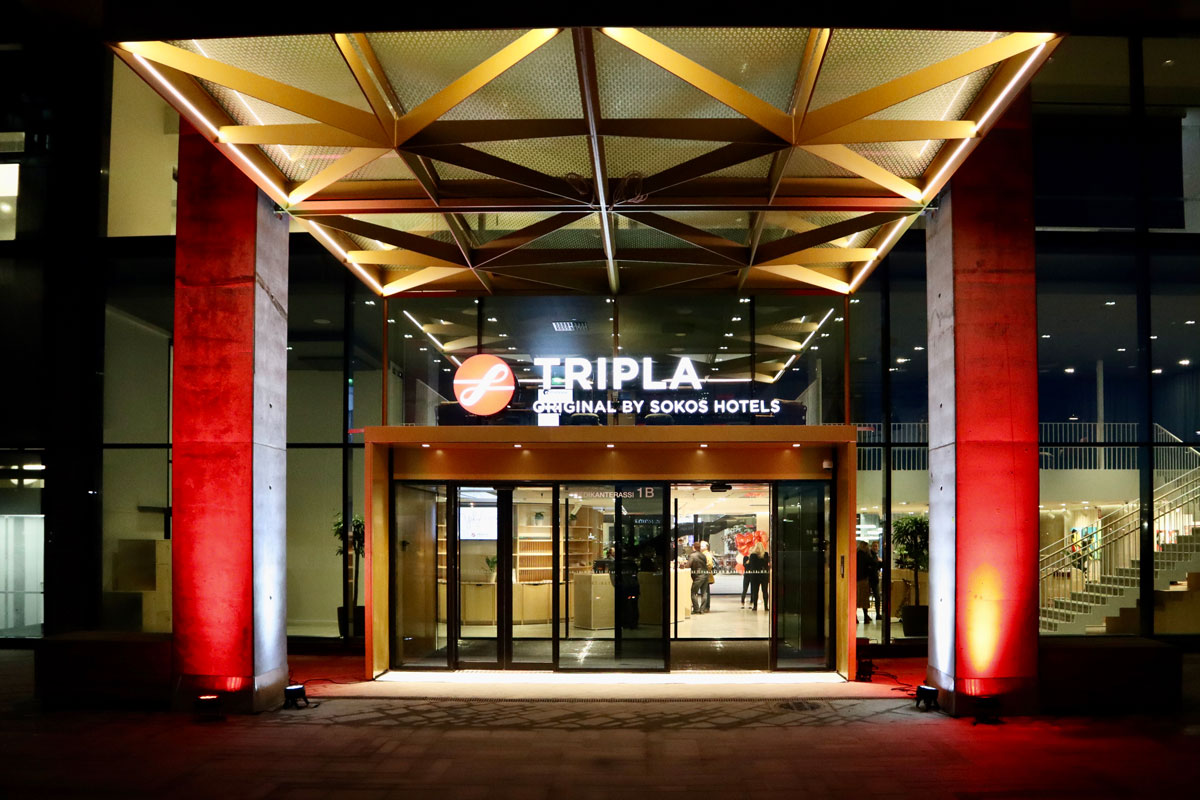 On Monday the 13th of January 2020 the Original Sokos Hotel Tripla opened its doors in the heart of the business district of Helsinki, Pasila. The hotel has become part of a huge project of the development of this area. Having a modern look and direct connection to the train station and the Mall of Tripla, the Original Sokos Hotel Tripla has become the dominant building of the district. 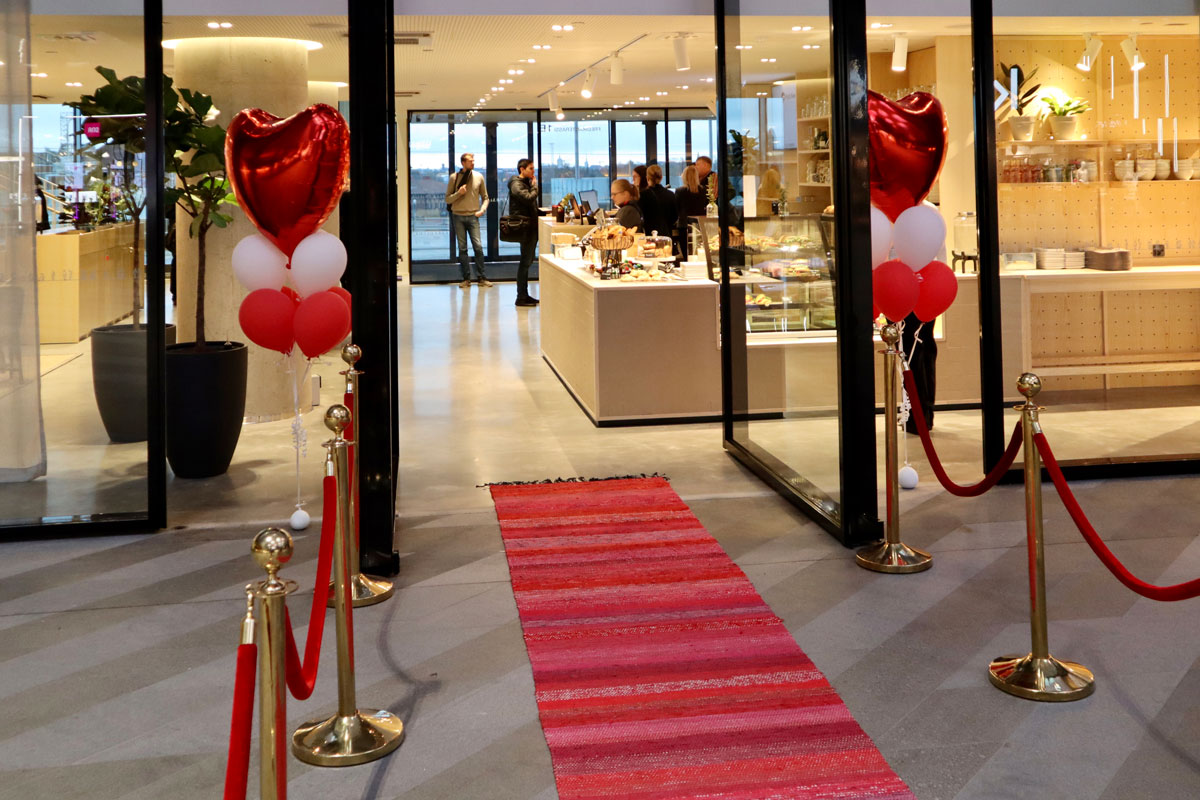 Sokos Hotels is one of the largest hotel chains in Finland with hotels all over the country, two hotels in Tallinn, Estonia, and three hotels in St. Petersburg, Russia. Being one of the fields of the “S Group”, which comprises various companies in the service sector and retail, the Sokos Hotels chain was born in 1974, when existing under the group hotels and motels were brought together to become one brand. Then the hotels have been divided into Original, Break and Solo categories, depending on the experience one seeks, i.e. an Original hotel represents a truly Finnish culture and mind-set in every detail (or local experience, if the hotel is located outside of Finland), while a Break hotel focuses on the relaxation and joyful time, and a Solo hotel is about the unique character of the building and its history (e. g. Solo Sokos Hotel Torni). 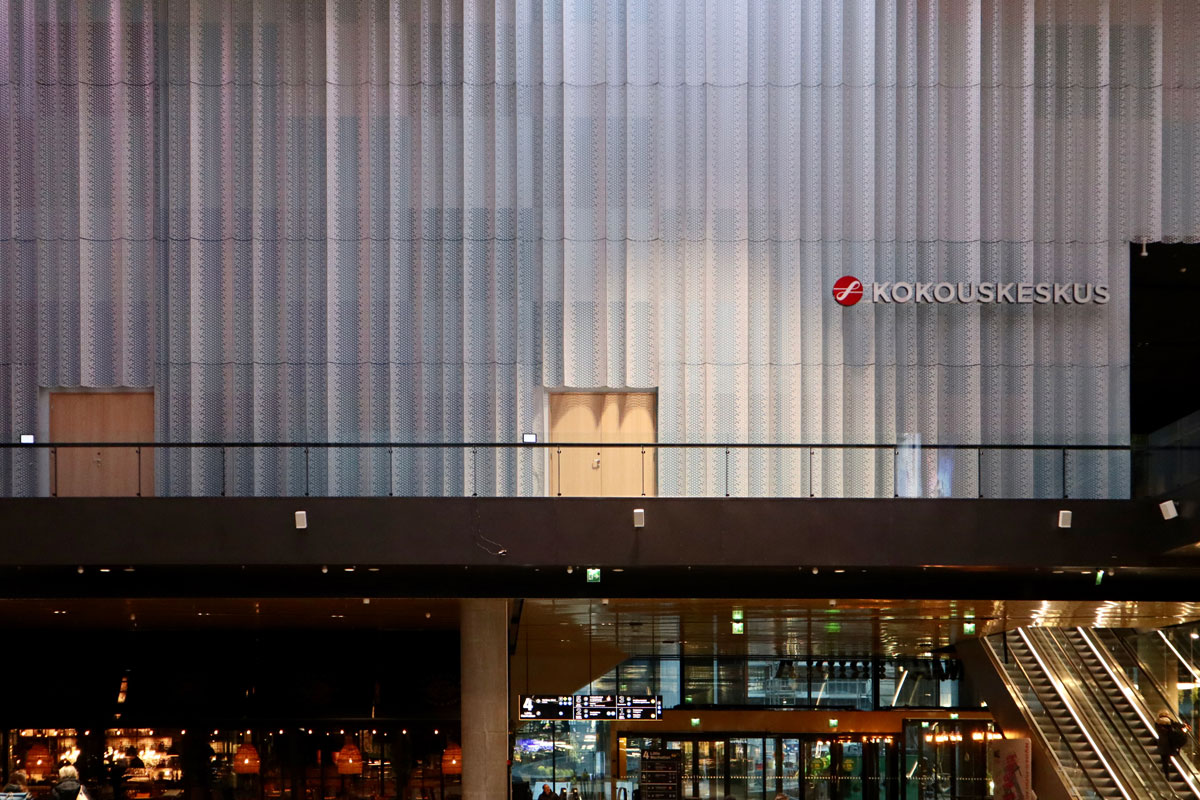 The opening ceremony of the Original Sokos Hotel Tripla took place in the morning with a limited number of invited guests. The lucky 49 winners could enjoy a stay and dinner at the hotel the night before, thus becoming its first guests. 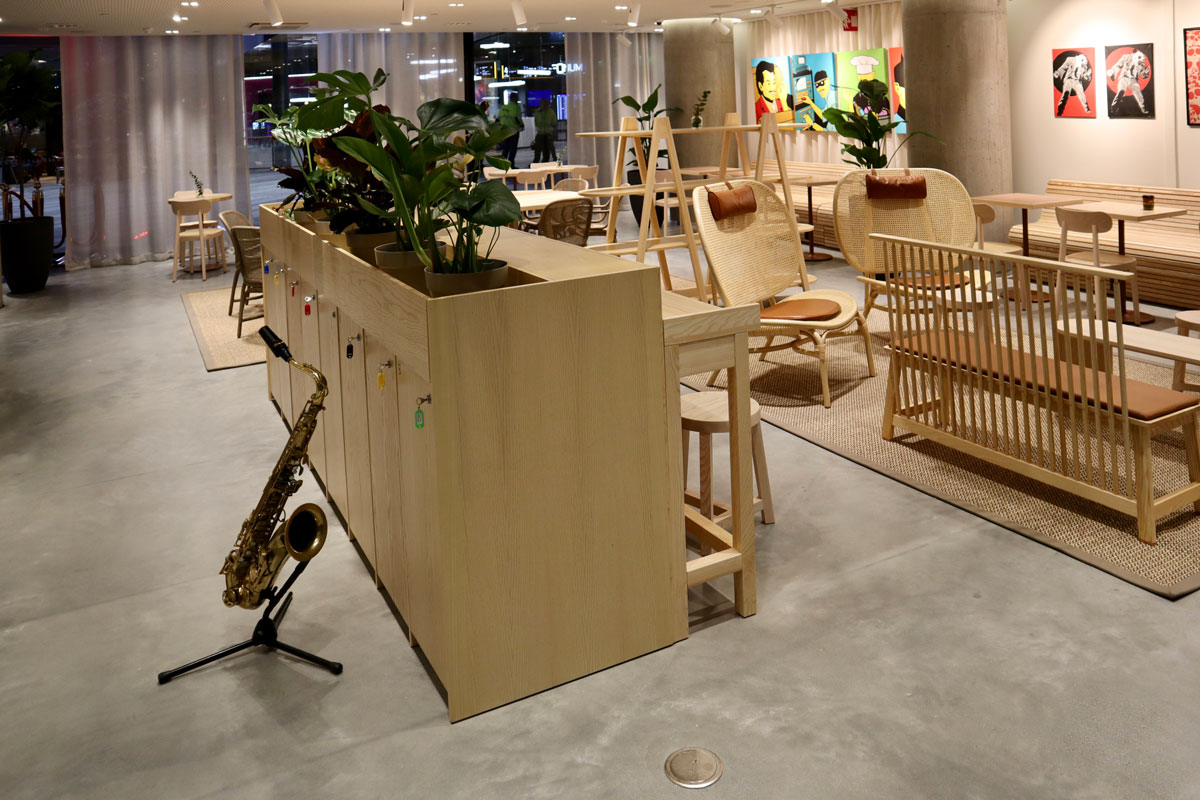 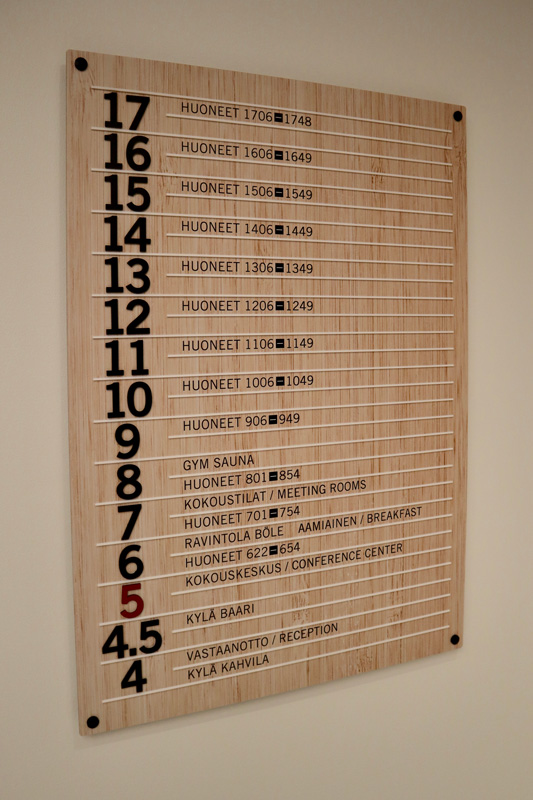 The ceremony started with the welcome breakfast which slowly continued into the hotel opening press conference. The first words were to greet the guests and to give an overview of the property. Among the main speakers were different managers, including the General Manager of the Original Sokos Hotel Tripla, Hanna Riihimäki. 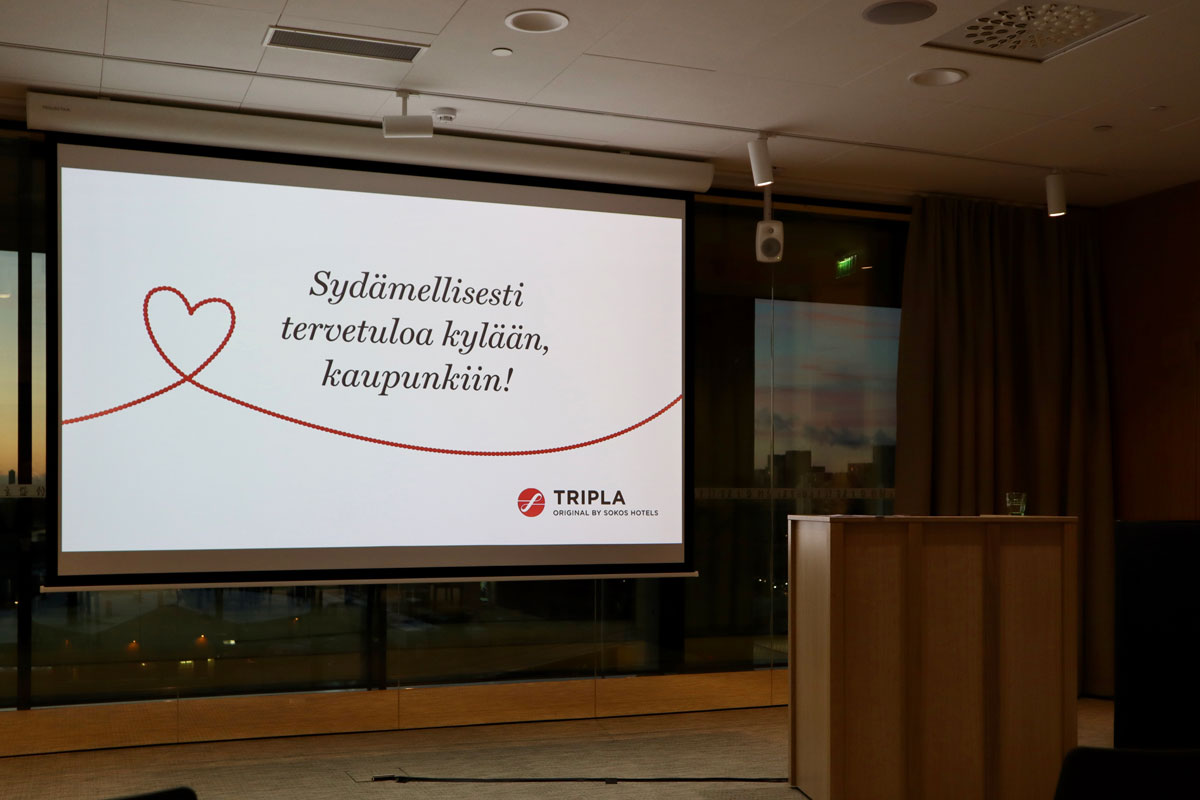 As expected, a very big focus was on environmental issues and how this particular hotel can reduce its global footprint. 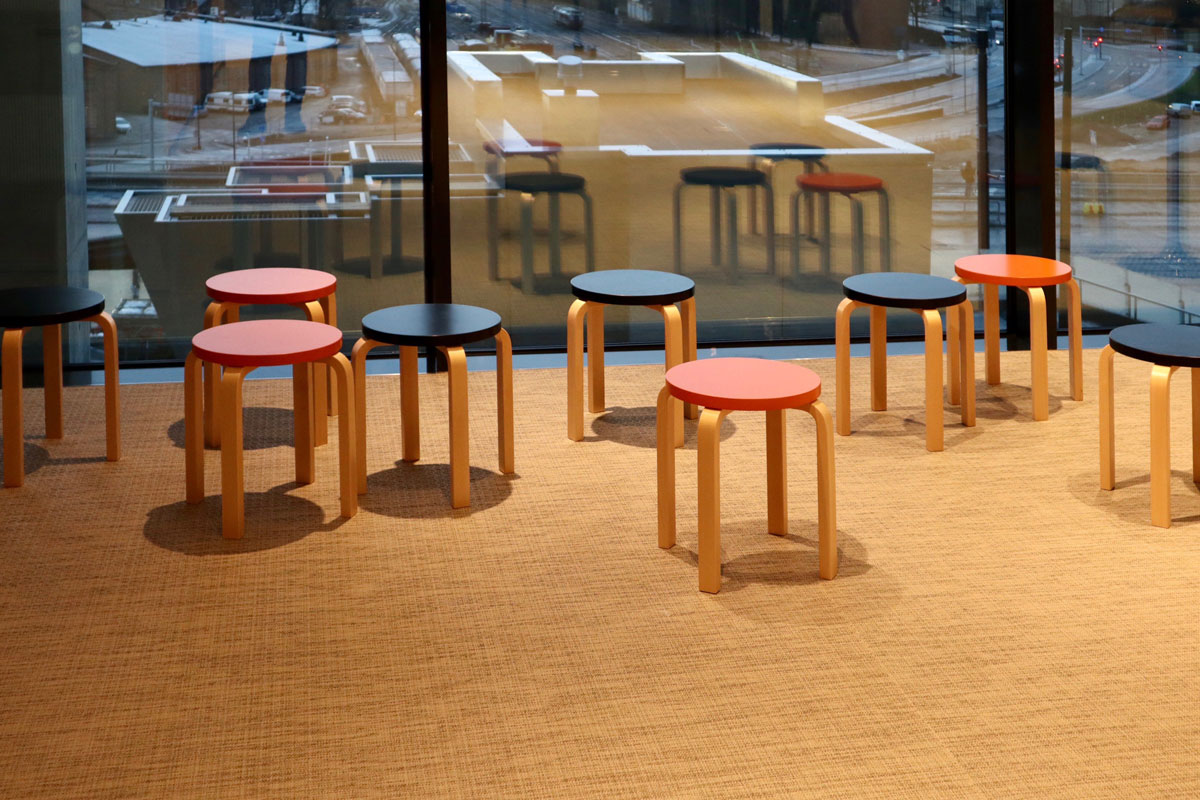 With such a strong intent for being eco-friendly, wood and various wooden materials were used where applicable, giving the hotel its close-to-nature look. This theme is visible in the bar, which is right above the reception area. 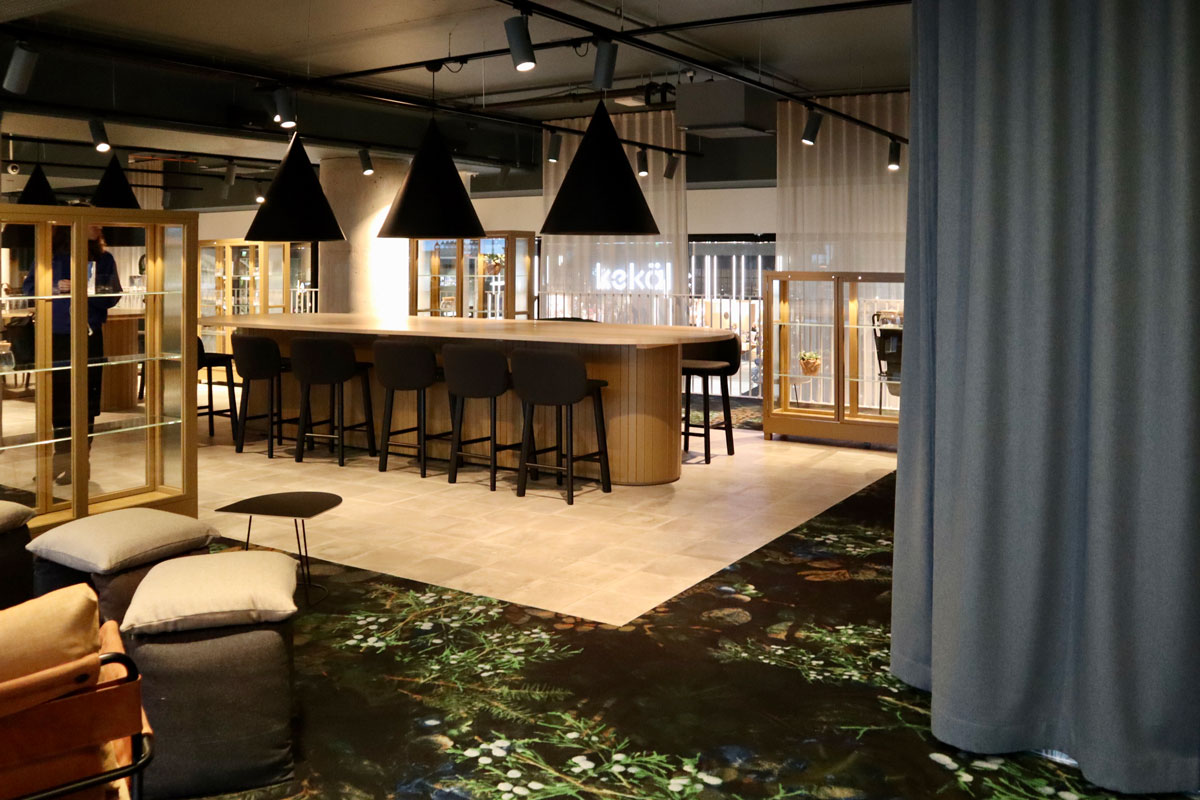 Sokos Hotels have been working hard to deserve the Green Key eco-label and the new hotel has become part of it too. Obviously, energy saving, water preservation and waste management and reduction are in the focus of the hotel’s daily operations. 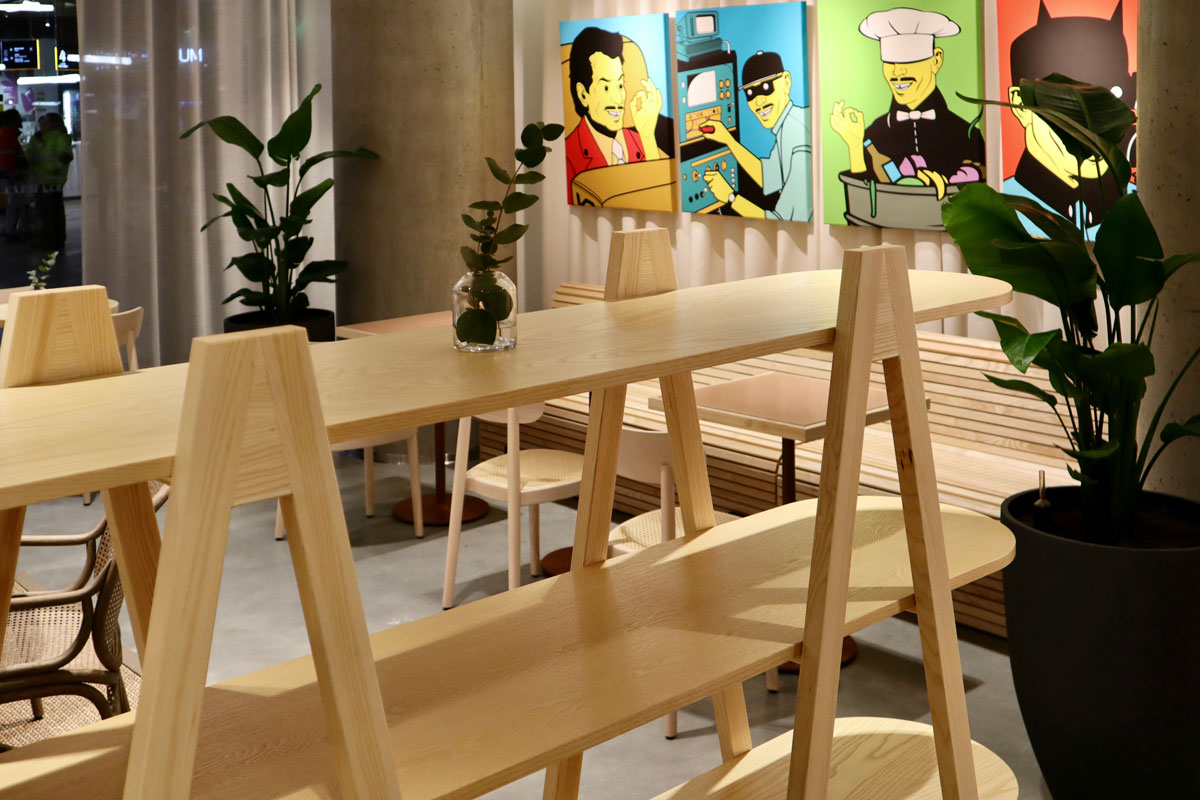 According to the presentation, nowadays guests have become more socially aware of these issues and tend to choose right. 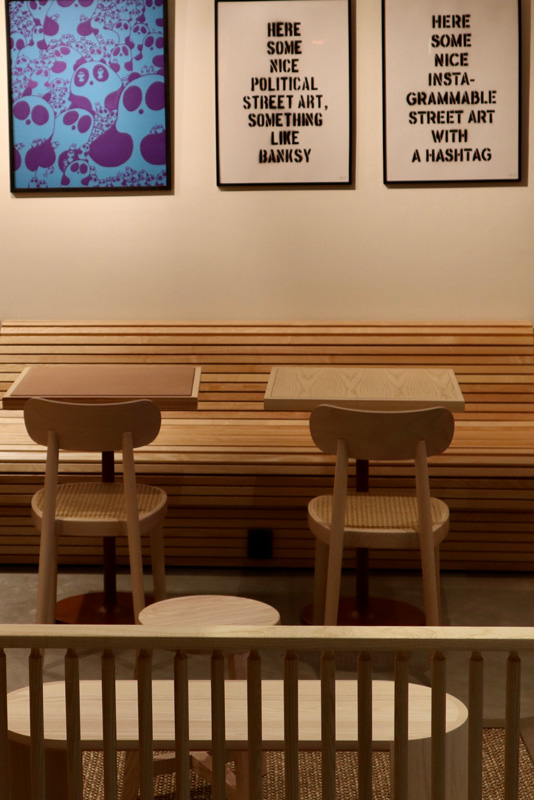 The concept of the hotel was designed and presented by the company Fyra, which is specialising in such projects. As a nice surprise the creators paid tribute to the district’s original name, which was Fredriksberg (currently “Pasila” in Finnish and “Böle” in Swedish), by naming its Ballroom after it, a very large event facility and with some industrial feel to it. 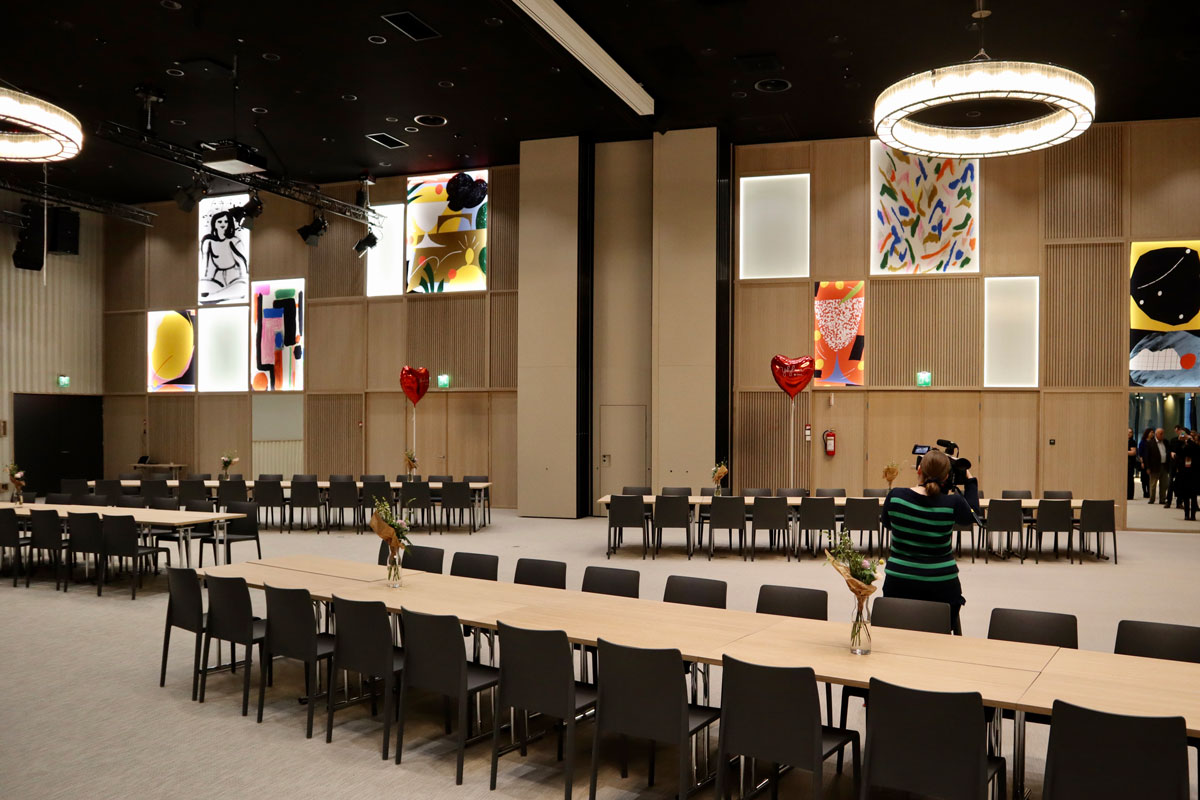 The biggest conference hall of the Original Sokos Hotel Tripla 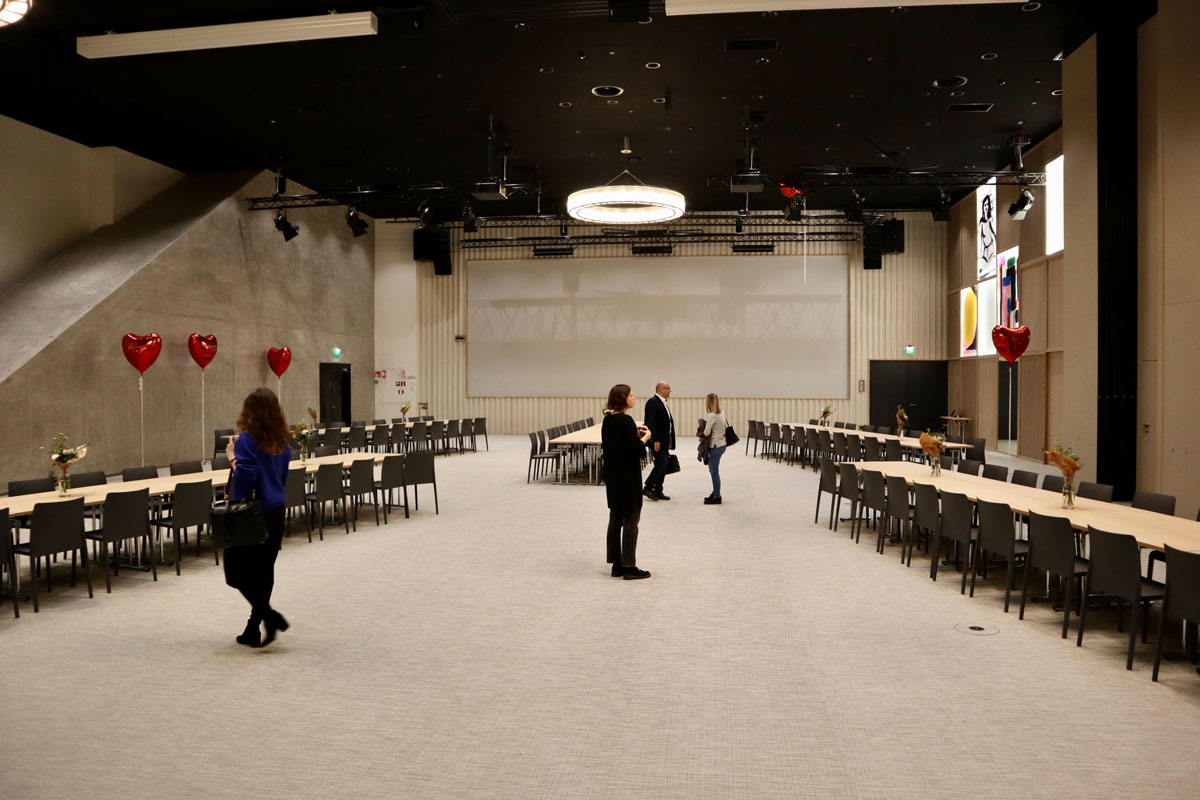 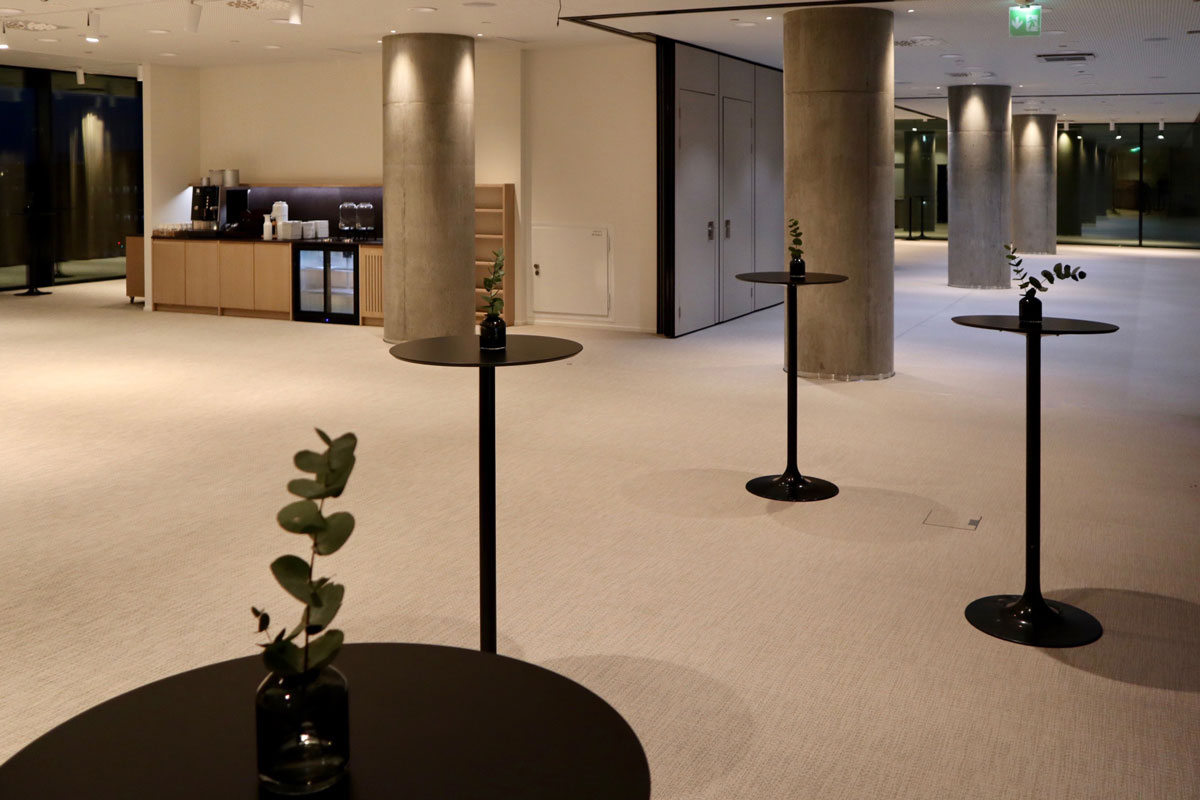 The meeting rooms have various locations and thus facing either the shopping mall or the street. The best view can be caught from the upper floors as you can see the city skyline and actually the Baltic Sea. Undoubtedly, the most desired room with the best view is Sauna Suite with its own sauna; that room is located on the top (17th) floor of the building. 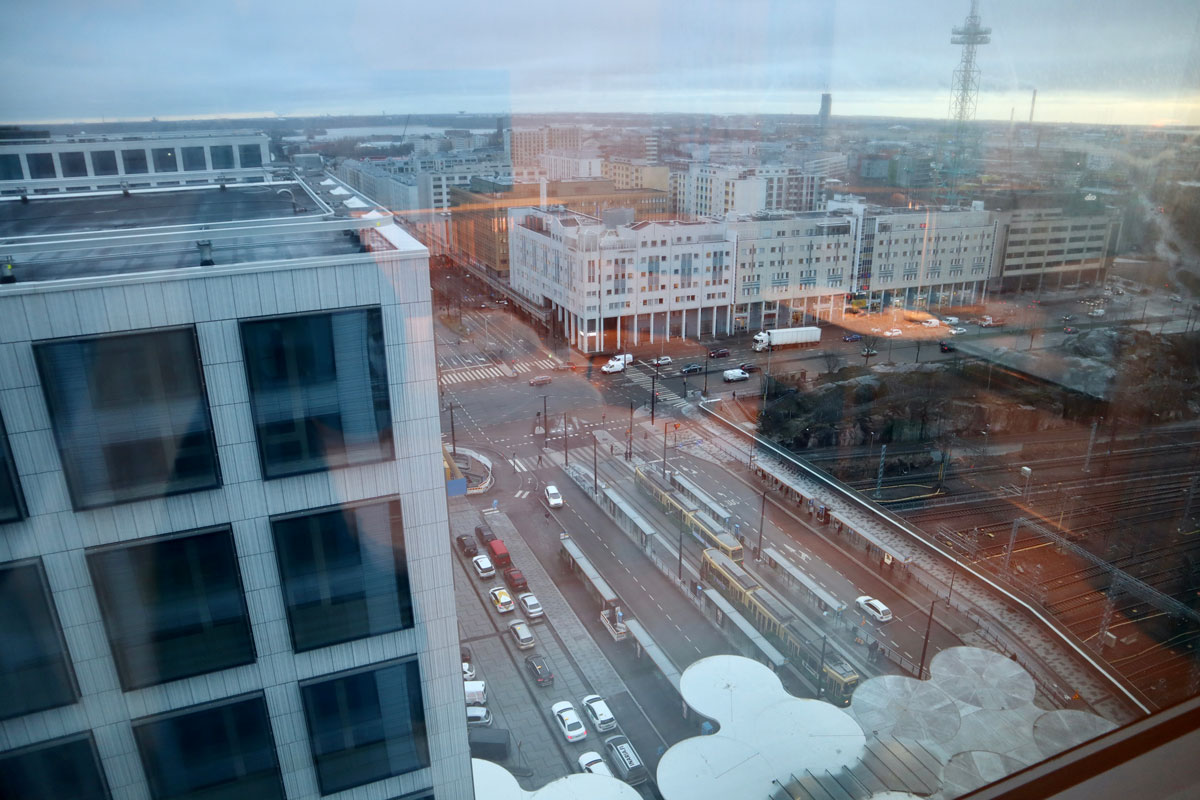 Among the presented during the tour rooms were Superior and Junior Suite. 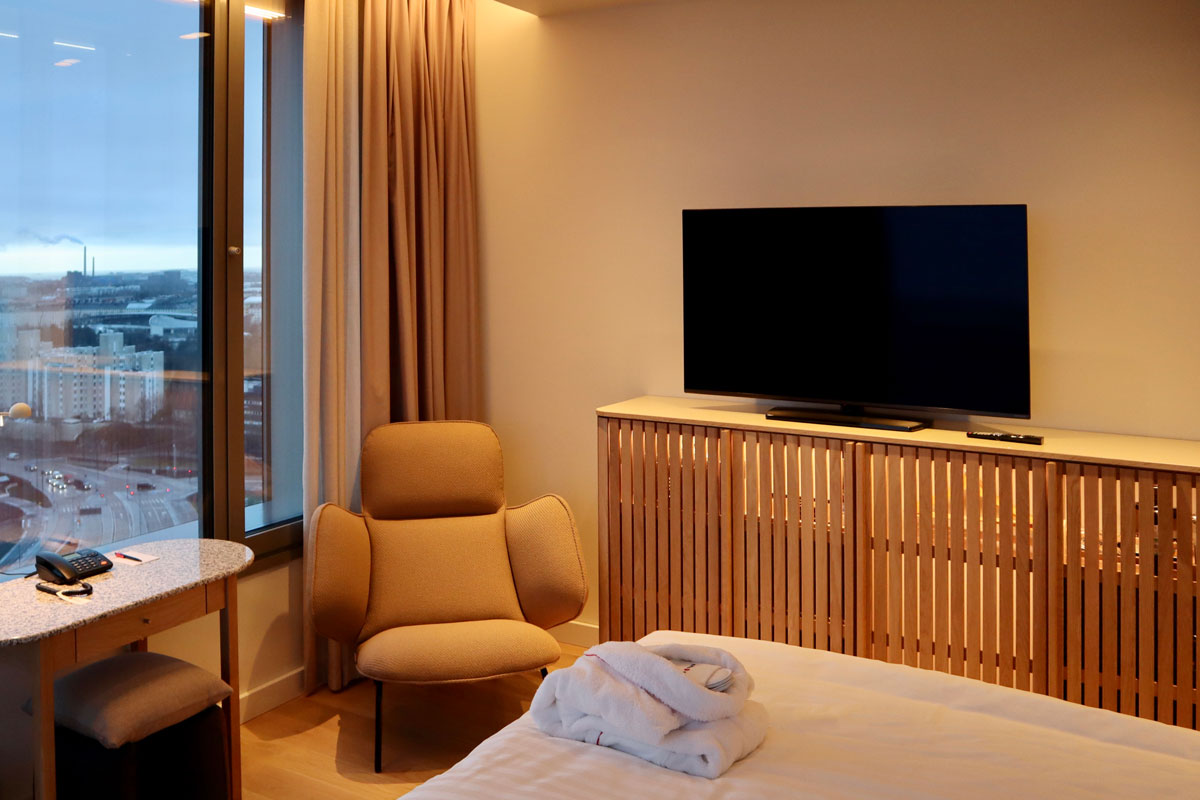 Superior room has all you need for a comfortable and enjoyable stay. 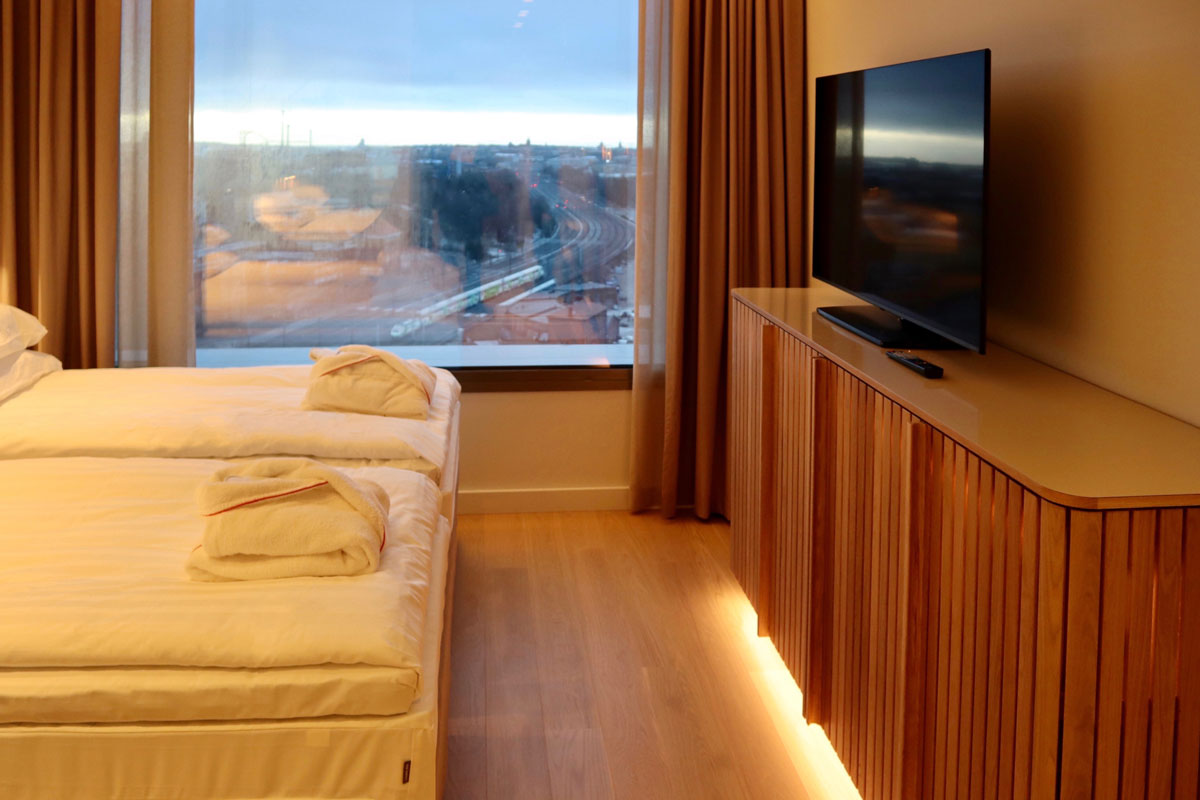 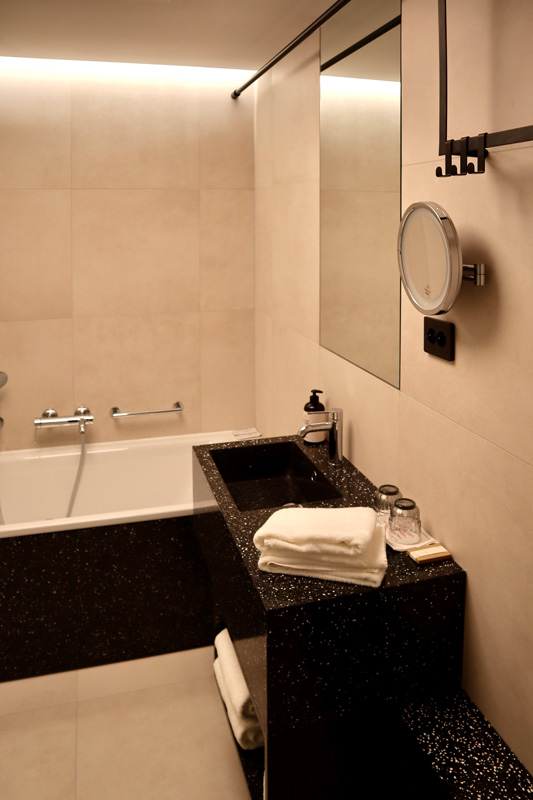 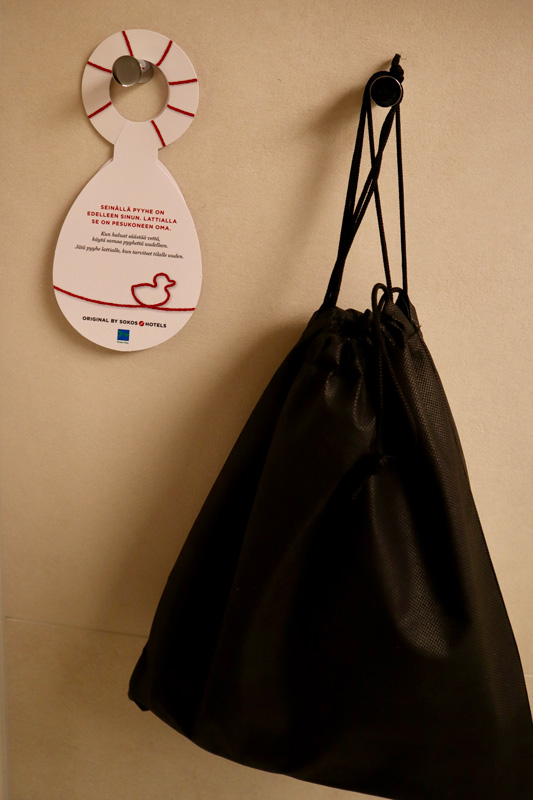 Junior Suite is meant to extend the delightful moments with a great view and to add the romantic flavour to experience. 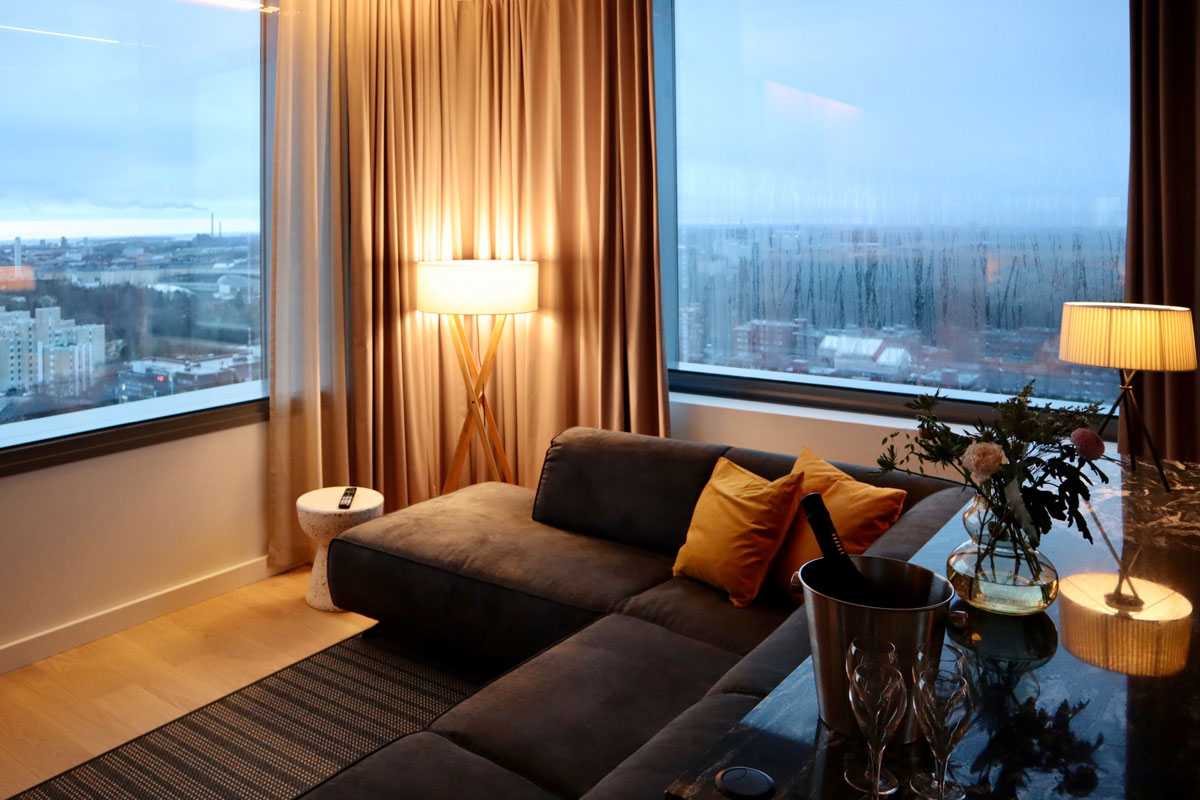 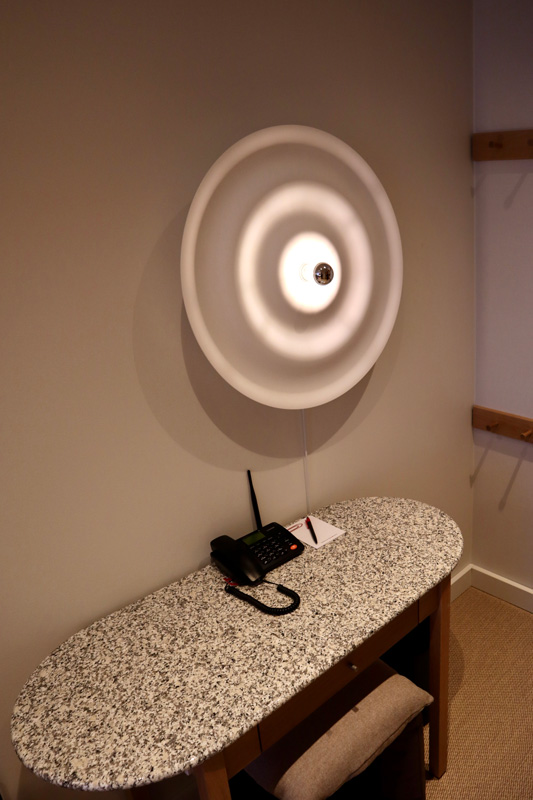 In conclusion, it is essential to say that just ten years ago this area was barely used while now it is one of the most prosperous parts of the city. The Original Sokos Hotel Tripla has brought itself to the world and from now on it will play crucial part of the life of Helsinki. 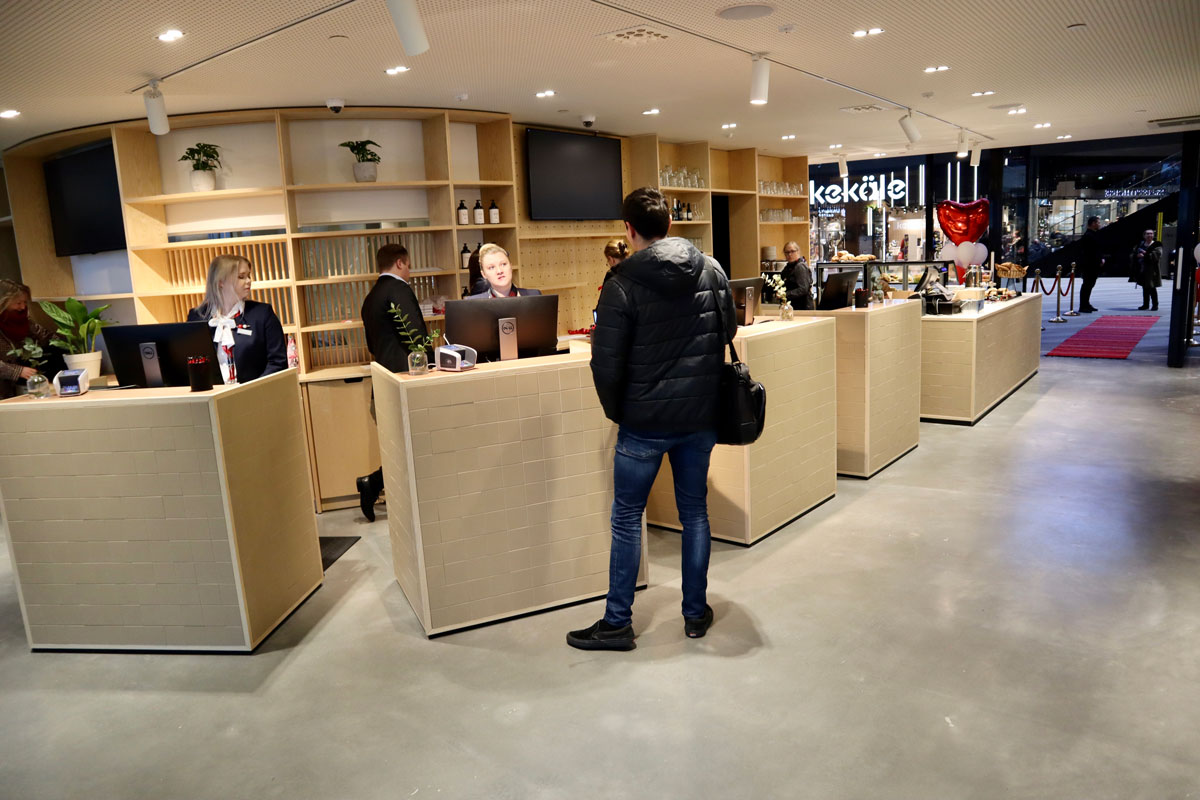 To book a room at the Original Sokos Hotel Tripla visit official website of Sokos Hotels.

MICE market professionals from the regions of Russia and the CIS met in Moscow on 24-25 October. Russian Association of Business Travel (ABT-ACTE Russia) hosted the International MICE Geography Show Russia for the fifth time in a row. TOHOLOGY prepared video coverage of the event.

InterContinental Hotels Group has launched a new design concept called H4. In order to anticipate as much as possible the future guests’ needs, H4 design has been developed together with the owners and frequent guests of Holiday Inn hotels.

The International Congress and Convention Association has published its country and city rankings by estimated total number of participants as part of its public abstract of the 2018 statistics report, offering an alternative perspective on the growth of the association meetings market.