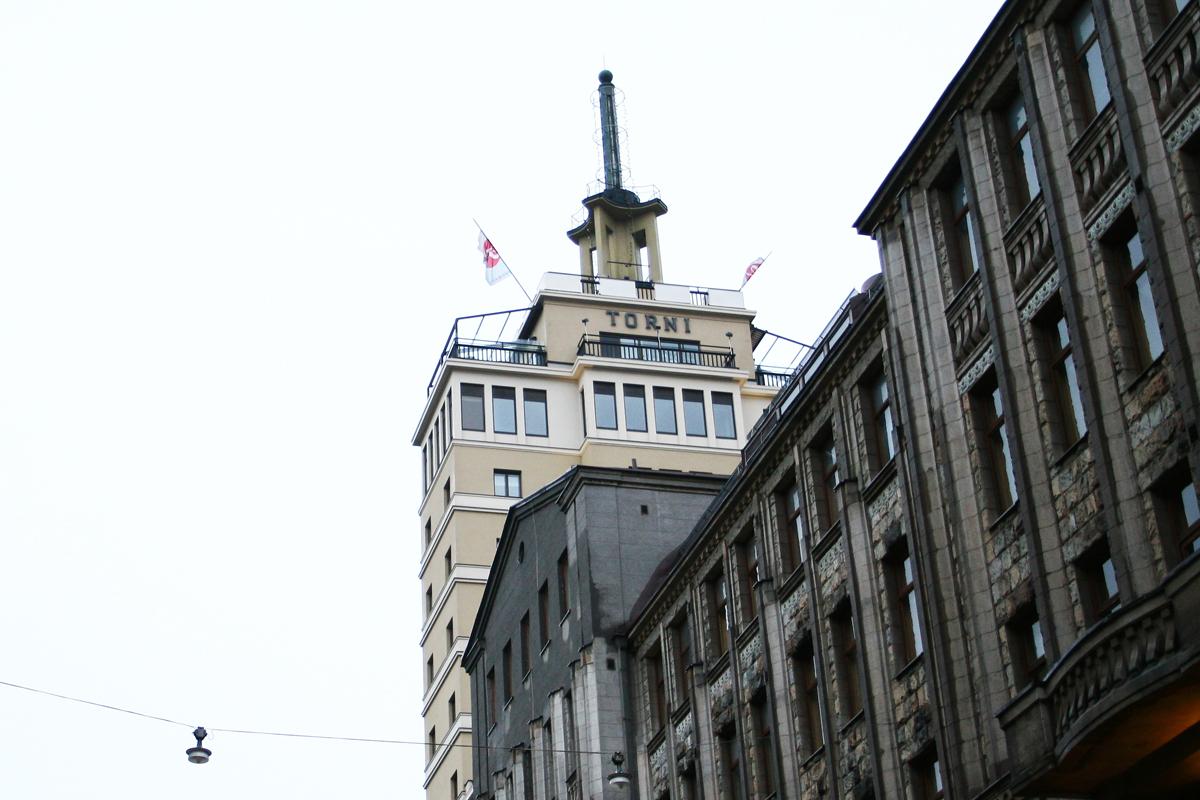 Helsinki is a rapidly growing city and one of the major Baltic capitals in the region. Being in Helsinki on a business trip, as a tourist or having a stop before moving to your destination, you will probably need to think of accommodation. One of the truly good options would be Solo Sokos Hotel Torni. It is a historic hotel located in the heart of the city in a walking distance to the central railroad and bus stations, market square and harbour, both of the ferry terminals, and any other sightseeing places. 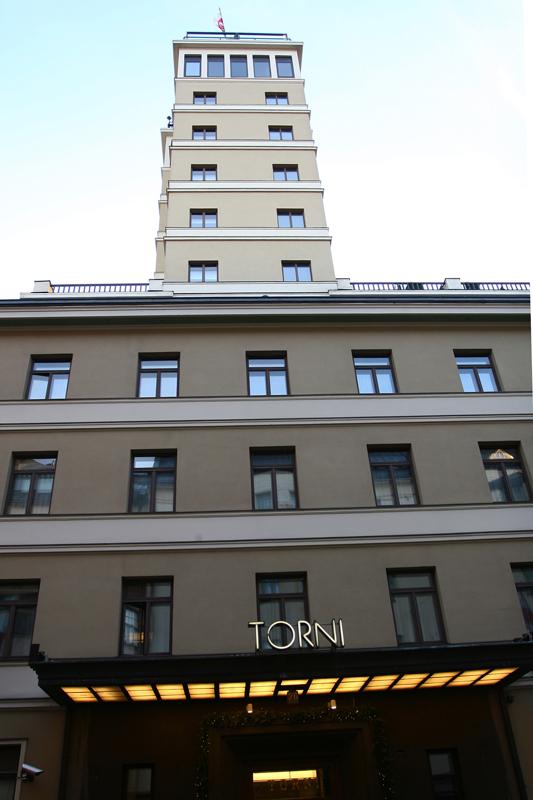 Solo Sokos Hotel Torni is situated in the city centre of Helsinki on Yrjönkatu 26. It takes about 7 minutes to walk to the central railroad station as well as to the central bus station (Kamppi). Both have their subway (metro as it is called in Finland) stations. Market square (Kauppatori) and the harbour are in the same place in a 10-minute walking distance from the hotel. Other destinations can be estimated on walking distance based on the given information. 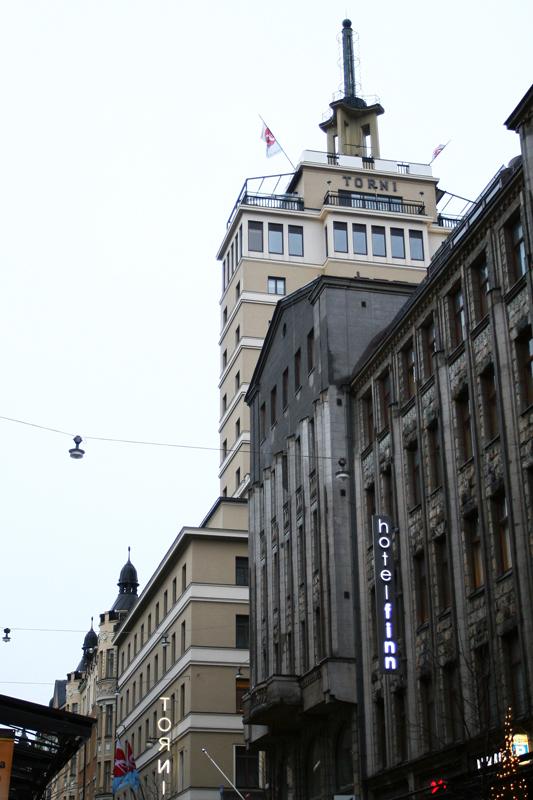 Solo Sokos Hotel Torni was the tallest building in Finland and then was the tallest in Helsinki. It has 14 floors and an observation deck with a bar above it. During the Second World War, the hotel served as the needs of air defence. It is a very unusual and unique hotel with history living inside. Take your time to stay at Solo Sokos Hotel Torni. You can always find more detailed information on history of the hotel in the online archives or other sources. Below is a double hotel inspection made by two members of TOHOLOGY in different years. 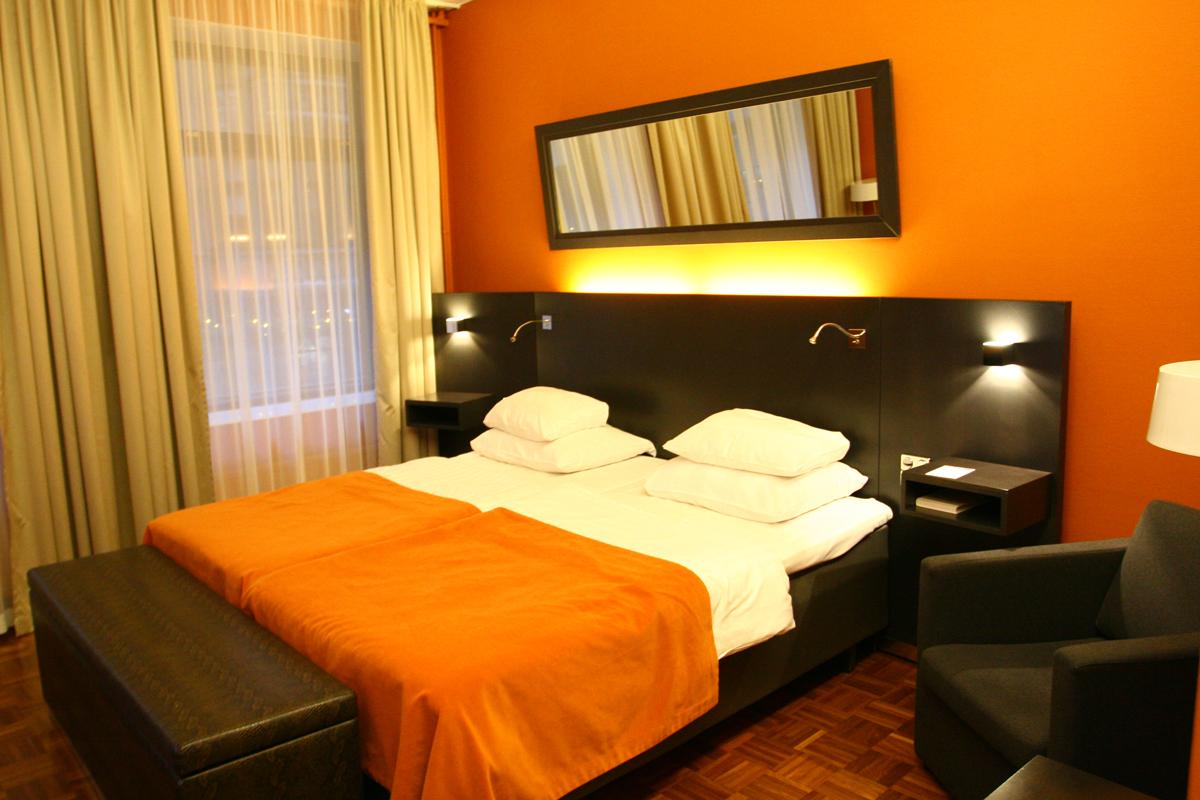 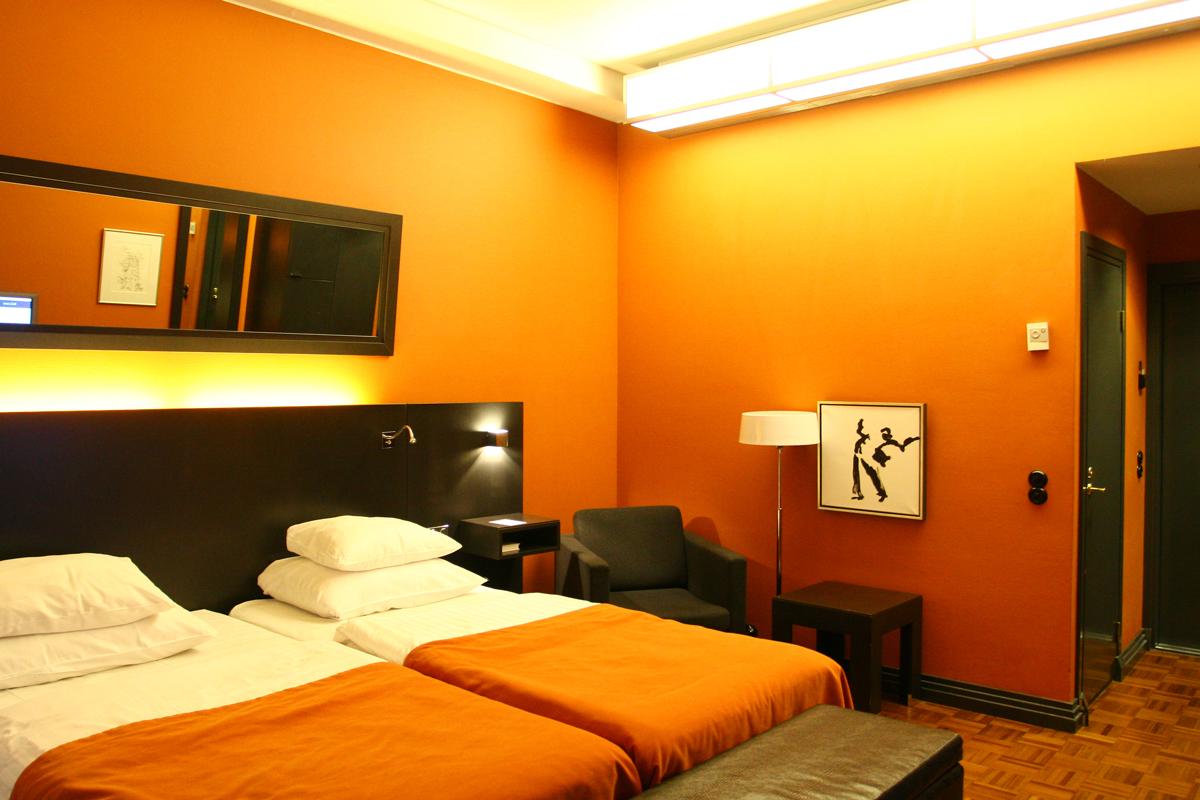 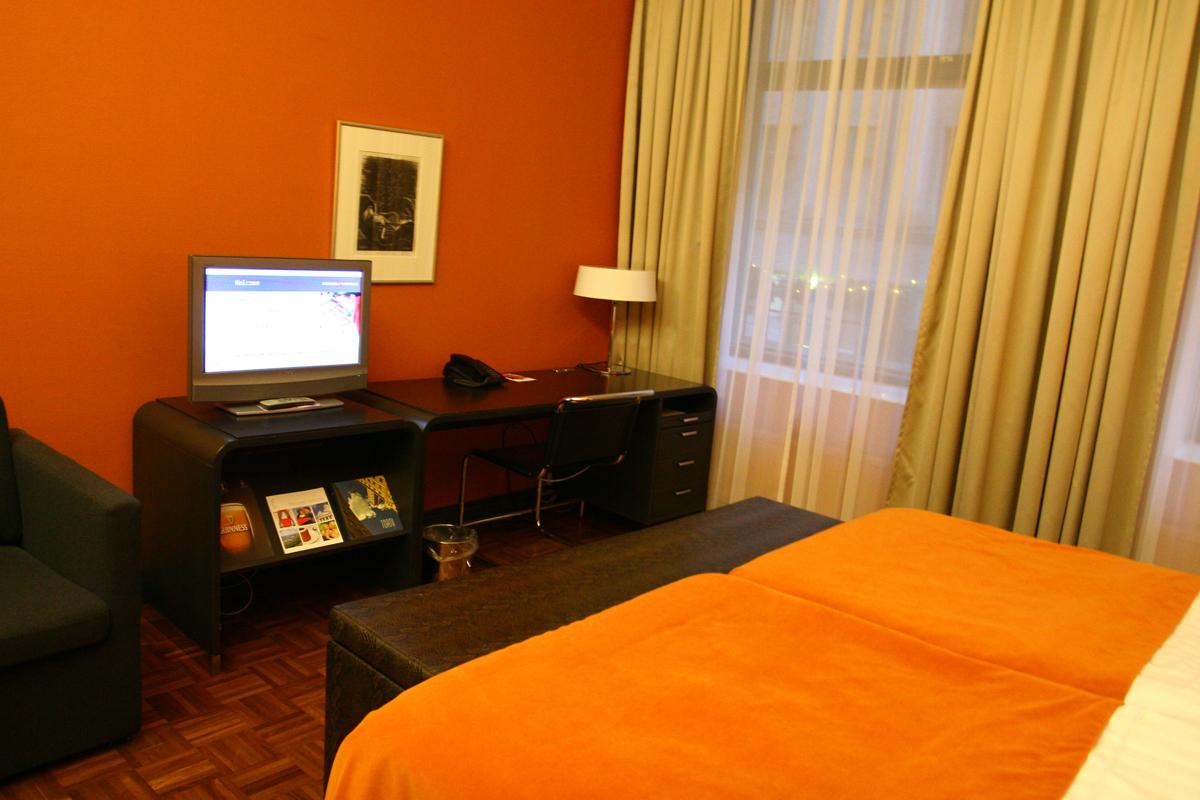 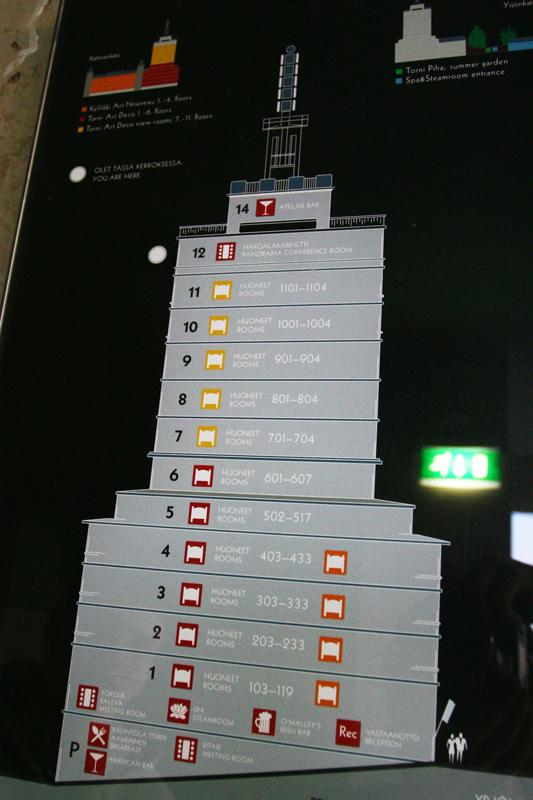 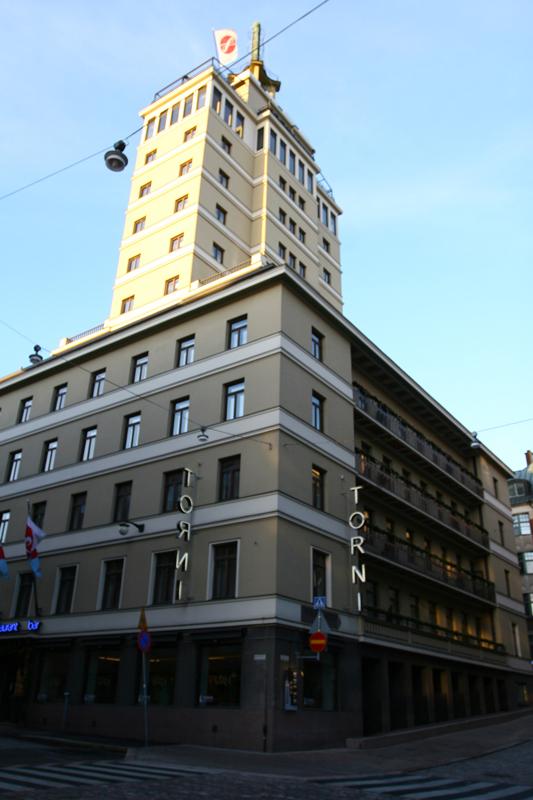 On the way to the observation deck: 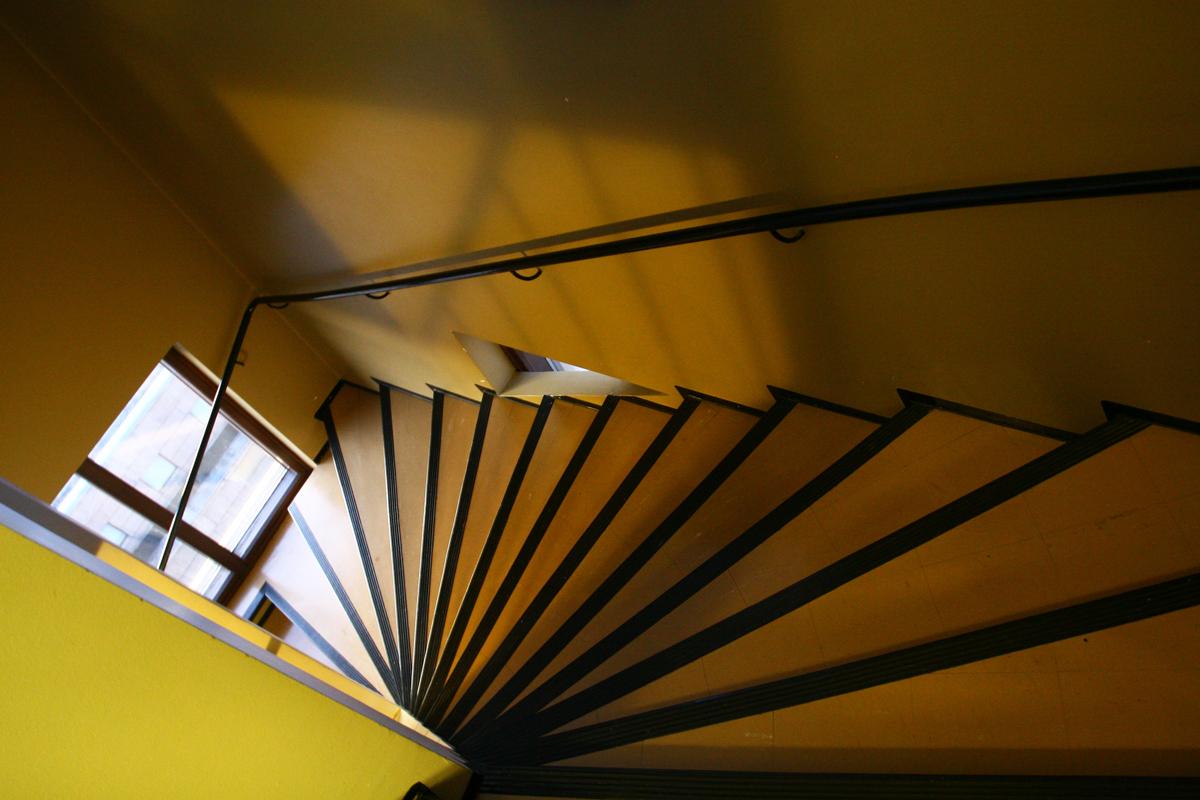 Stairs to the observation deck 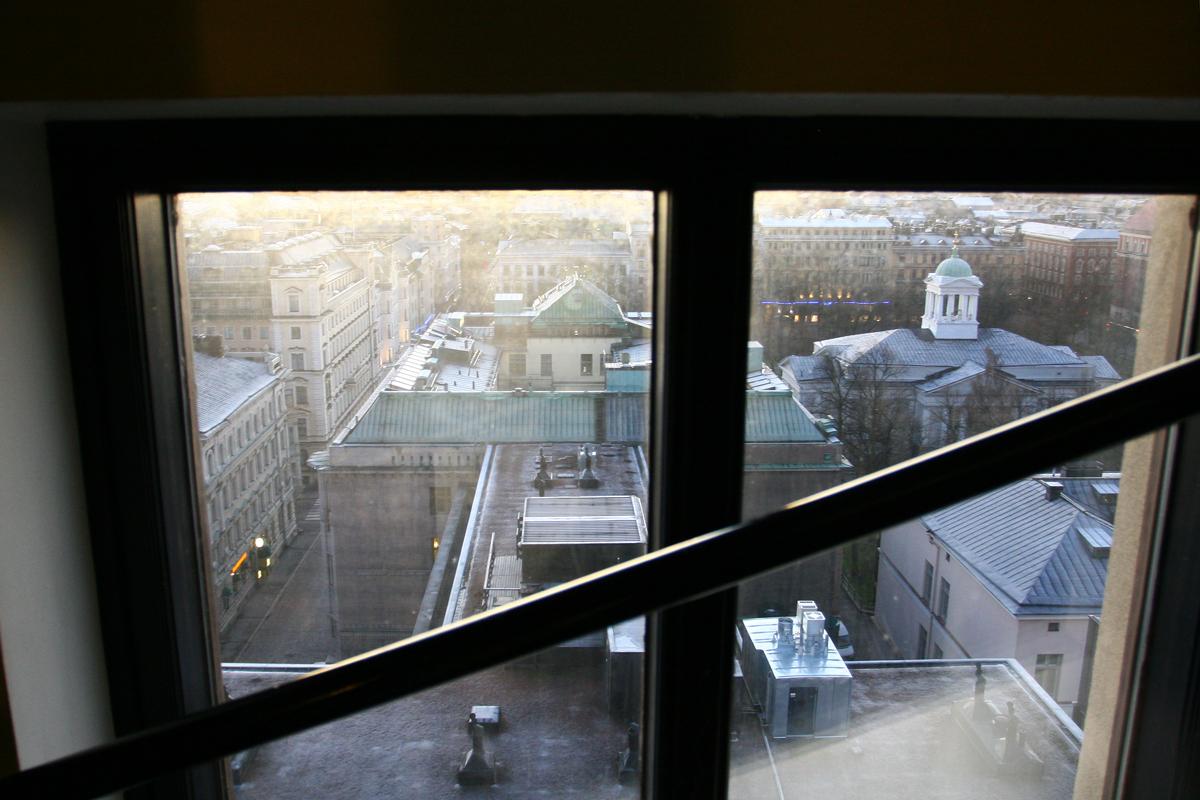 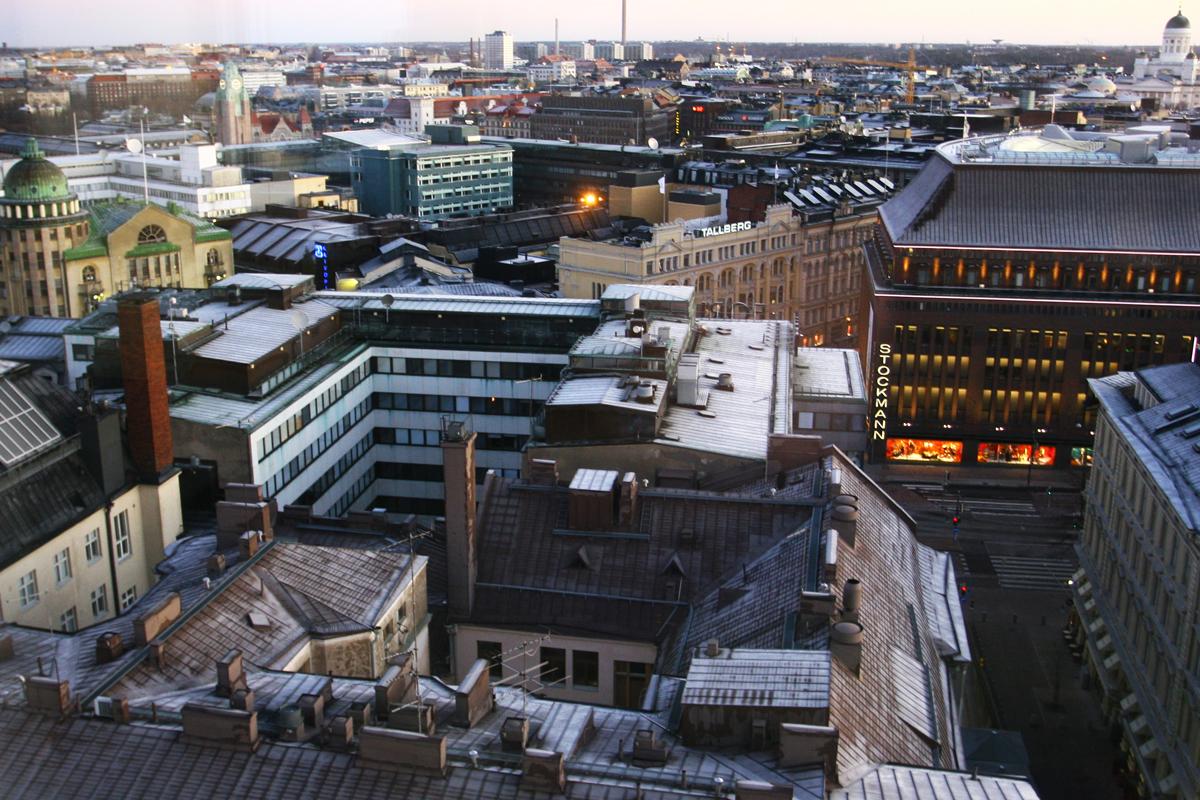 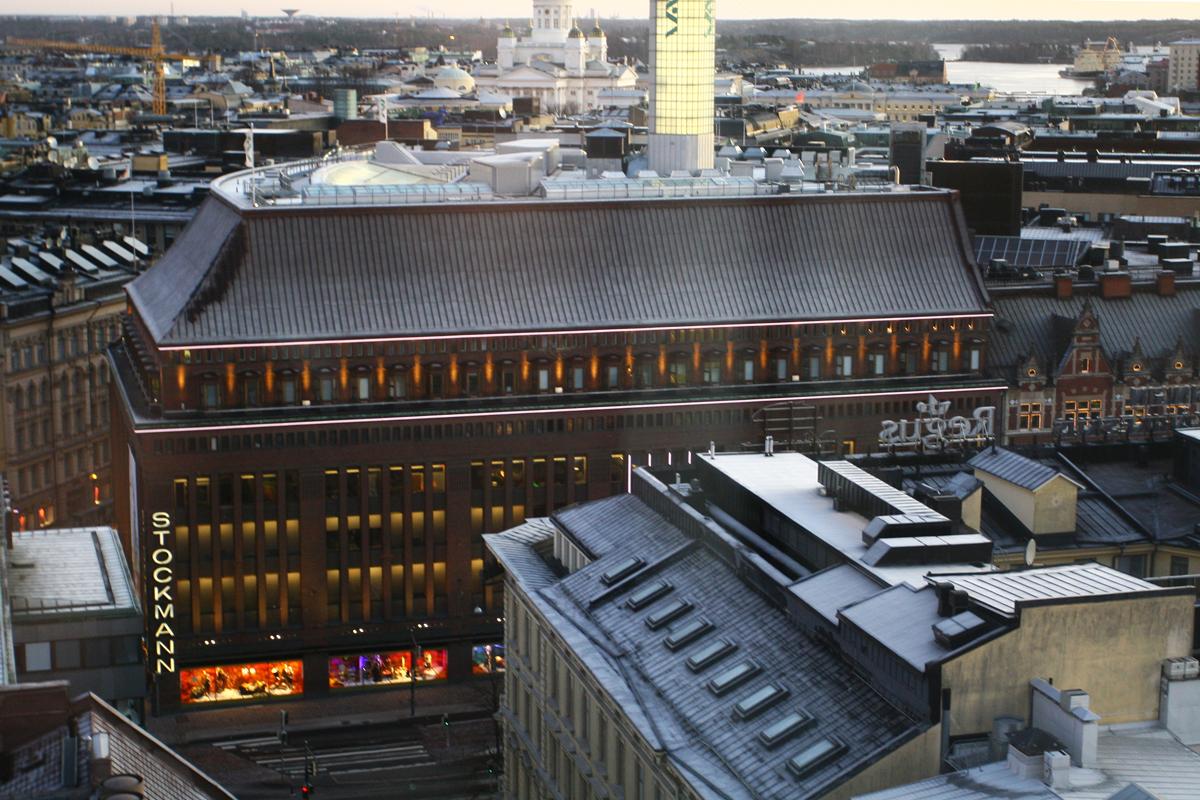 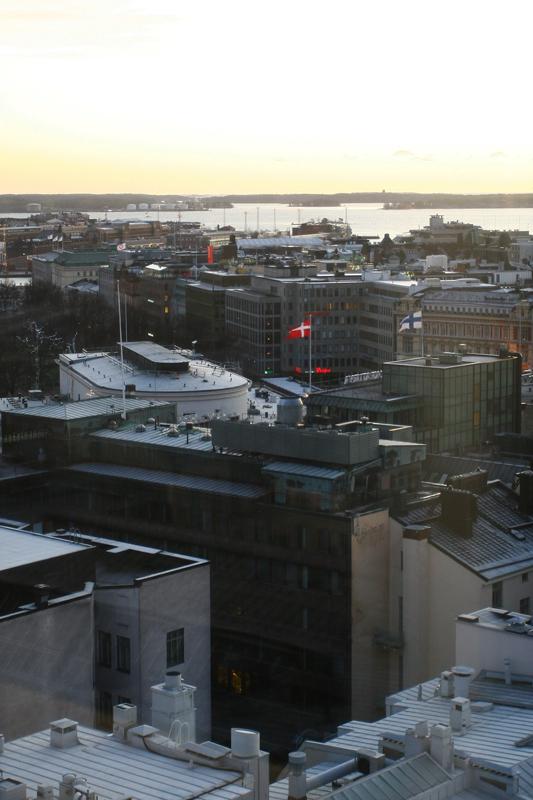 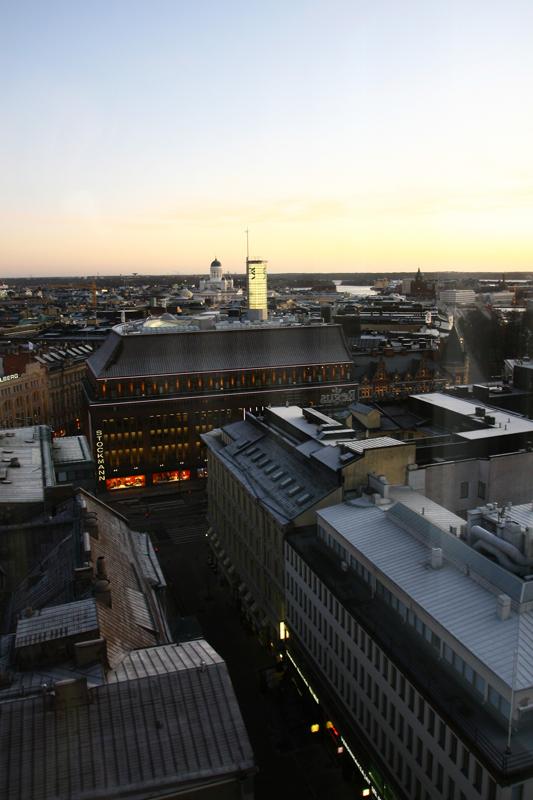 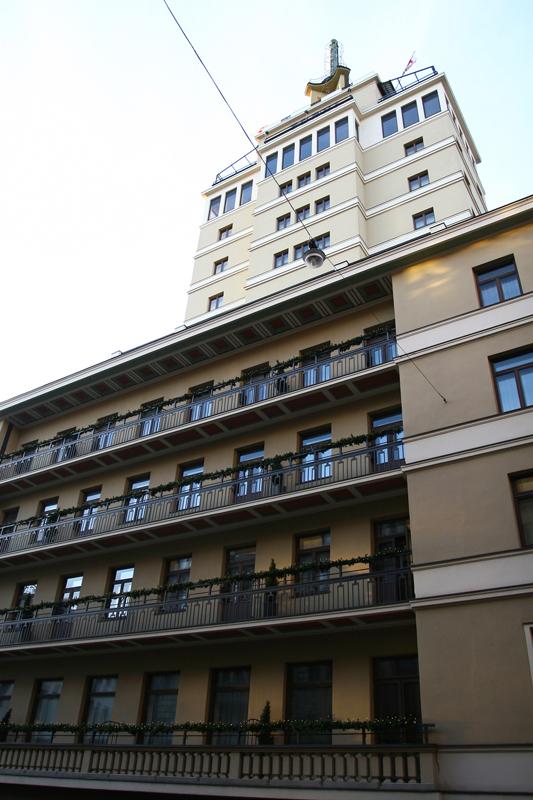 The room I stayed in was Solo Up Queen with view. Back in summer 2009 it looked just like it looks on the website, i.e. when you walk into the room, you can see a large mirror on the right wall and a toilet with a shower on the left one. The unique feature of this room type is that toilet and shower have a glass wall to your room. A bed was in the middle of the room, however (as per 2014) now it is on the right side, where the mirror used to be; they were just switched. 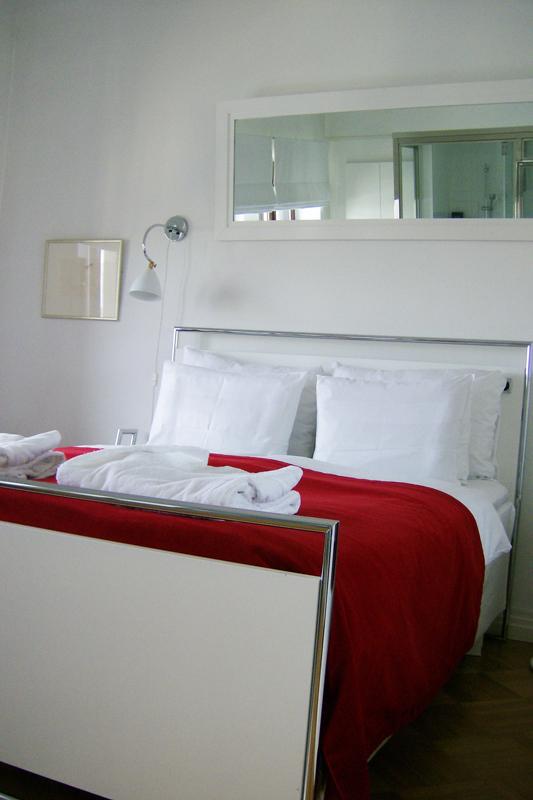 The room itself looked tidy and nice with no extra unnecessary things. As per 2014, the room had a TV, minibar, desk with all the necessities on it and all the amenities according to Sokos Hotels standards. I had all the most popular and major TV channels available as included in the rate. The room was on the 6th floor and you could get there only with your room key, which means that only guests may enter. The view from the window was to the roof of the other level of the hotel, i.e. the floors below. Basically, if you have a business trip, you do not actually think of the view, though it is always good to have a glance outside and to enjoy the scenery. What compensated such a view was the hotel’s unique observation deck on the 12th floor. As it is a historic hotel, the deck can be considered as unique. 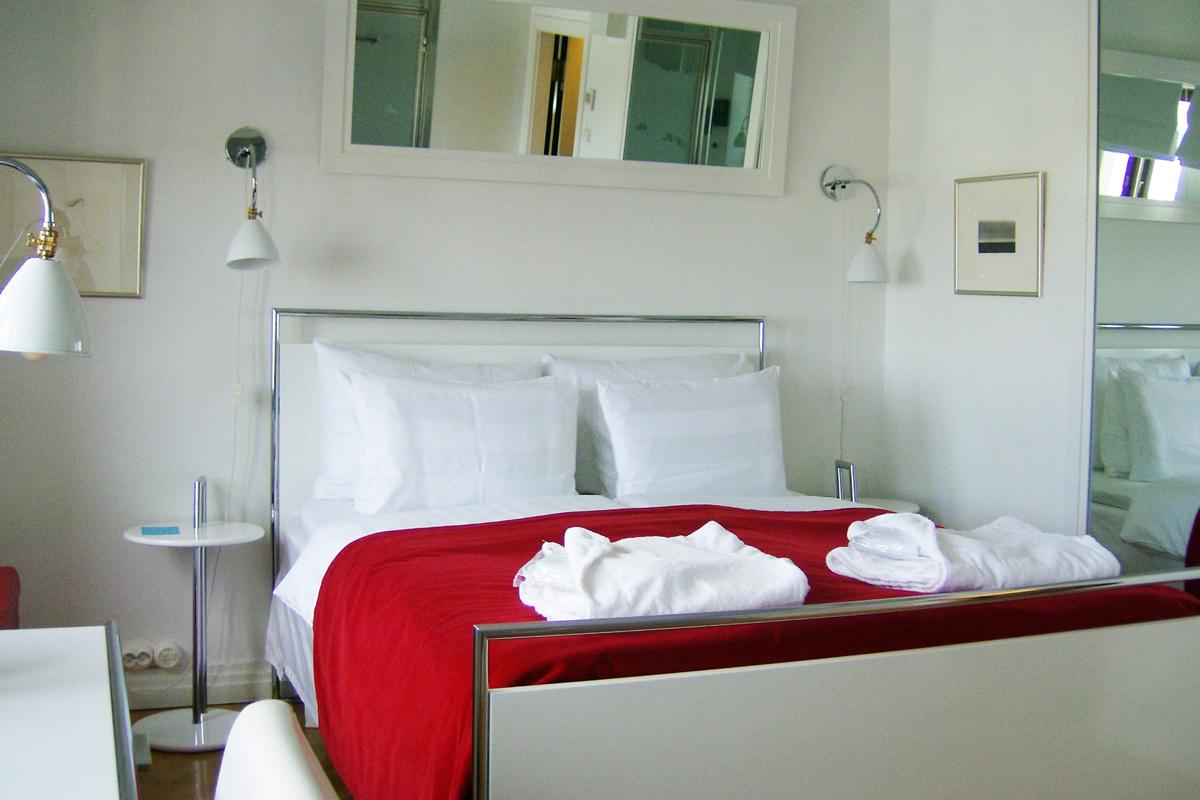 What comes to the services, I had no problems communicating in English with staff and I was provided with all the essential information. I also asked for a wake-up call and I received it according to my request. The procedure of the check-in and check-out went smoothly and I paid at the check-out because my credit card details were kept in the system as I arrived. I found it very simple and appropriate, especially in case if I wanted to include any extra charges on my bill. Sokos Hotels accept Visa and Master cards both classic and electron as guarantee. It is very handy because, for example, in Saint Petersburg, Russia, electron cards are used as a payment method only, you cannot have them as guarantee. It is very good to have this possibility in Finland if you have any type of an electron card. 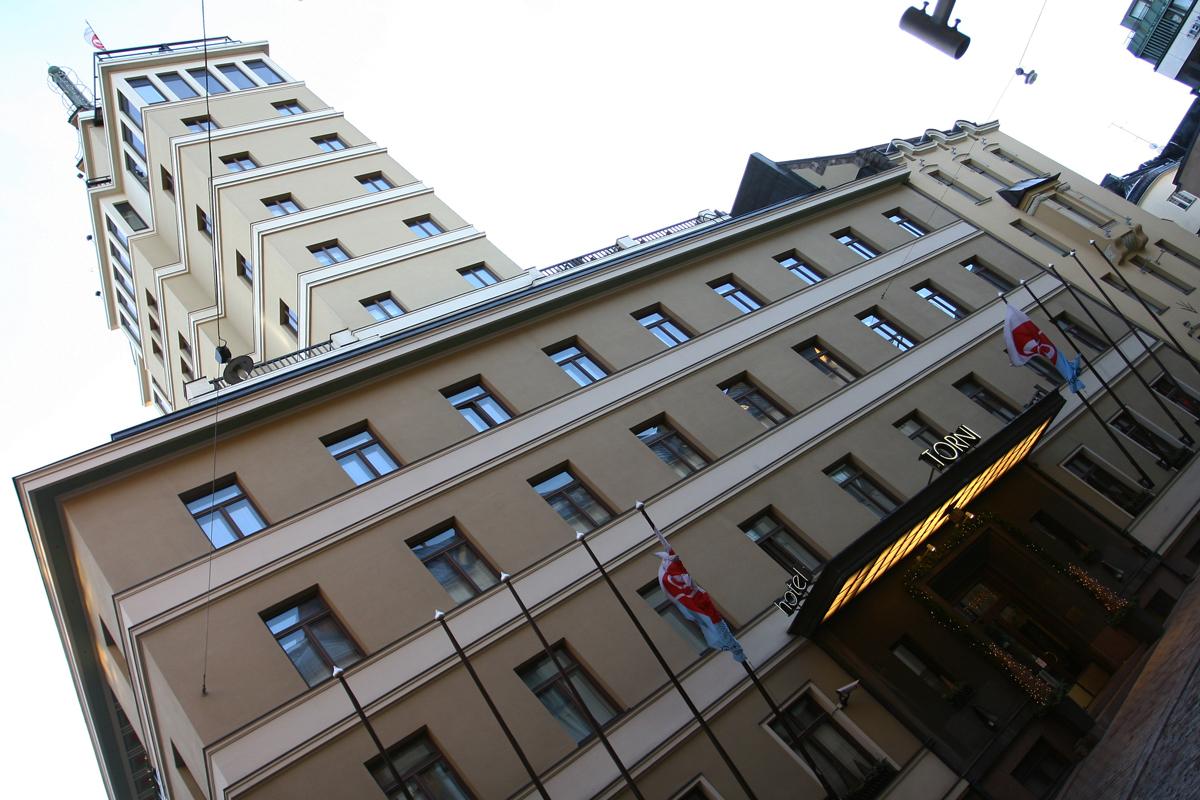 As for breakfast, it is always included in the rate. On the day of my stay it was served at the mentioned by the reception time. There was quite a good choice of products for a hotel of this size, because Solo Sokos Hotel Torni cannot be considered as big, and perhaps it makes it so cosy, special, and attractive.

All in all I should say that I was satisfied with the service and had a good overall impression and memory of Solo Sokos Hotel Torni. Moreover, upon the check-out I had a nice feeling and desire to come back again and invite friends. I believe it is the most crucial component for any hotel and its services.

Winnipeg. “The Heart of the Continent”

We had visited the city of Winnipeg in 2012, now 5 years later we are going to take a new look at this city to see what has changed and to explore new corners of this unusual place.

Now it is time to take a closer look at the beautiful, world famous, glorious and just amazing Niagara Falls.