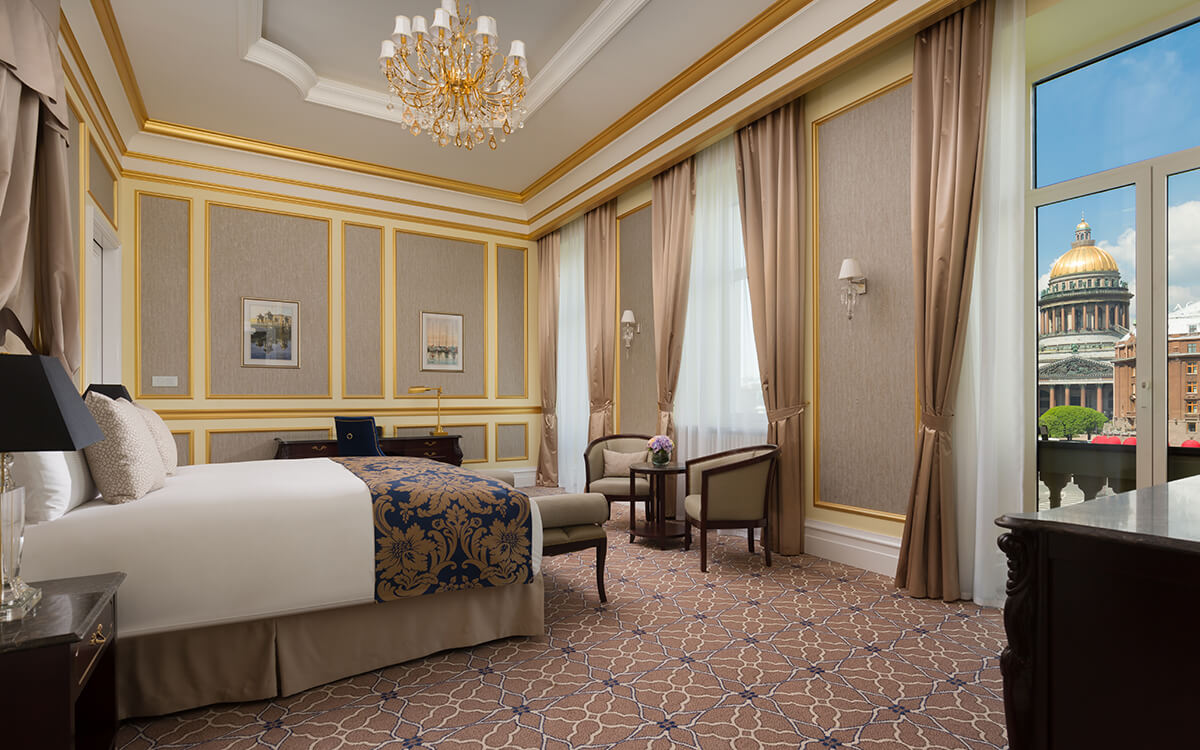 Forbes Travel Guide (formerly well-known as Mobil Travel Guide) scoured properties around the world to find its 2020 Star Award winners, an elite group of the most luxurious hotels, restaurants and spas.

To uncover the most outstanding properties, Forbes Travel Guide’s incognito inspectors check into a hotel for a minimum of two nights, posing as ordinary guests and paying their own way. Then they test up to 900 objective, exacting standards – including whether a staff member greets them curbside within 30 seconds of arrival, whether clothing left around a room is folded neatly or draped and placed within immediate view after turndown service, and whether the staff uniforms demonstrated exceptional design. The ratings tabulate 75 percent of a hotel’s score based on its service, while the remaining 25 percent is determined by the quality of its facilities.

Design also shines at the Maldives hotels. The St. Regis Maldives Vommuli Resort veers modern with the sleek architecture of its villas and the whale-shark-shaped Whale Bar. The spa’s Blue Hole Pool is an expansive hydrotherapy oasis that seems to melt into the ocean. The three-island Kanuhura Maldives goes for a bohemian feel with whitewashed villas adorned with funky art and Iru bar’s beaded swings and beach teepee. One&Only Reethi Rah puts the scenery at the forefront, from yoga in an overwater pavilion to dining in a treehouse.

There’s also Four Seasons Hotel at The Surf Club – a former 1930s social club to the stars in Miami that exudes glamour and has an outpost of the Amalfi Coast’s Le Sirenuse restaurant.

In California, Santa Barbara additions include Four Seasons Resort The Biltmore Santa Barbara, where hotel guests gain entry to the exclusive members-only Coral Casino Beach and Cabana Club across the street – and San Ysidro Ranch, which makes a triumphant return after it was forced to close for renovations following mudslides in 2018. Last but not least, there’s The Ritz-Carlton, Half Moon Bay, a property with a prime location along the breathtaking jagged coast about 30 minutes from San Francisco.

Over in Rhode Island, there’s Ocean House, a beachfront Victorian beauty, and its more rustic sister property Weekapaug Inn. The Ritz-Carlton, Dallas showcases Texas pride with its “guacamologist,” who doles out guacamole and margaritas in the lobby daily, and an eponymous restaurant from Southwestern chef extraordinaire Dean Fearing.

Check out the full roster of Star-Rated properties here, and learn more about the noteworthy new Five-Star hotels, restaurants and spas below so that you can start planning your next trip.

We are already familiar with Holiday Inn Express Amsterdam – Schiphol hotel since our previous inspection made in 2012; so we decided to see what has changed for that time.

The Leading Hotels of the World, a consortium of more than 400 luxury hotels in over 80 countries, unveiled its renovated Leaders Club loyalty programme. The redesign was inspired by current members’ interests and resulted to a more flexible Leaders Club programme that recognizes and rewards members for their loyalty and provides upgraded benefits and exclusive access to the portfolio’s hotels worldwide.