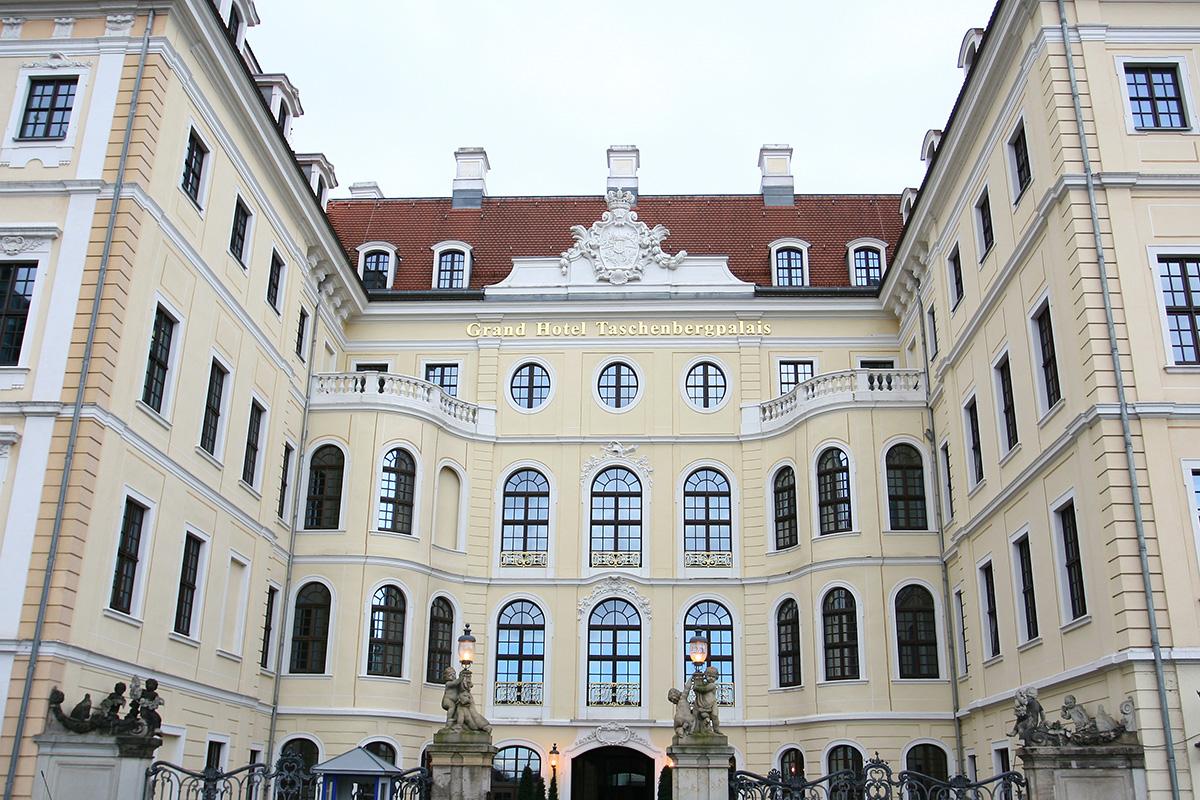 A landmark event in the hospitality industry happened in April as Kempinski Hotels, one of the oldest hotel operators, turned 120 years old. The chain portfolio of today comprises 75 5-star hotels in 30 countries, including the luxury Hotel Adlon Kempinski in Berlin and the first Kempinski hotel in Cuba – Gran Hotel Kempinski Manzana La Habana, to be officially launched in the second quarter of 2017. Let's have a look at the key dates in the history of development of this hotel brand. 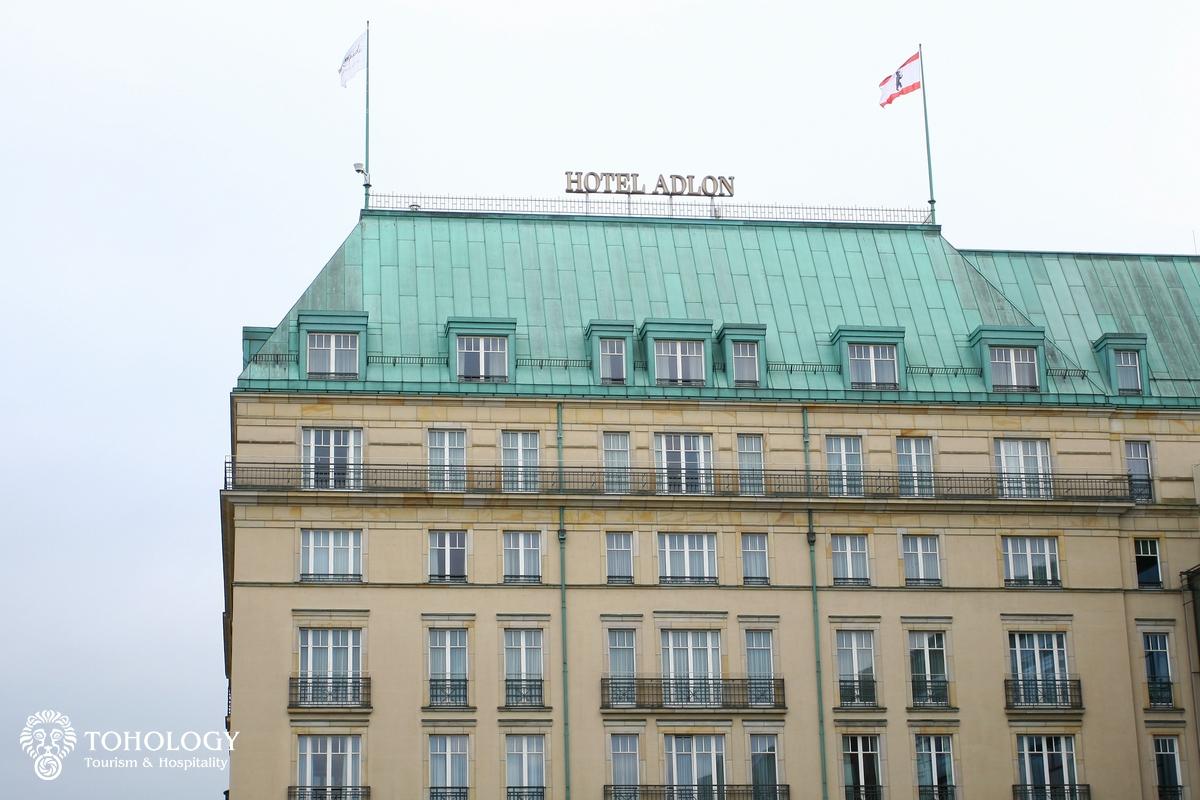 According to records, it all started in 1897 in Berlin with the launch of the Hotelbetriebs-Aktiengesellschaft hotel company on the one hand and on the other, M. Kempinski & Co., which in those years specialised in the wine selling and restaurant business. Looking ahead, it is necessary to mention the fact that the Hotelbetriebs-Aktiengesellschaft would subsequently engulf M. Kempinski & Co., but as it is his name that is etched on the hotels of the chain, we should begin with Berthold Kempinski, the founder of the second firm. 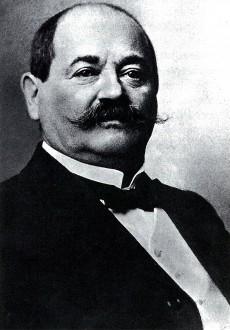 Berthold Kempinski was endowed with the most important qualities for a successful business – he possessed both the entrepreneurial spirit and a strong focus on the kind of services his company was to provide. His other asset was a successful wine trade experience acquired in his native province of Posen. He may be said to have entered the hospitality industry through the wine trade. Upon moving to Berlin, he opened another wine store, which was followed by a restaurant. In addition to rapidly acquiring a throng of loyal customers in Berlin in 1907, Berthold Kempinski's masterstroke of offering the public a range of affordable dishes at a fixed price created a sensation in the restaurant business. Not only full portions of the dishes, but also half portions were available, and served with a glass of wine, to the patrons' special delight. 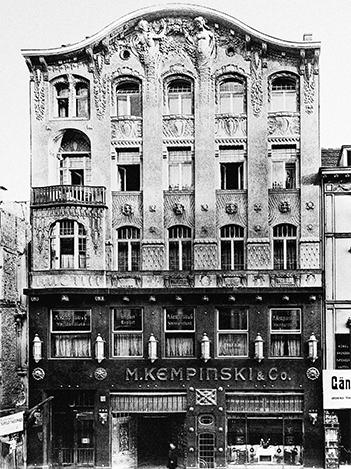 With the death of Berthold Kempinski in 1910, the management of the company passed to his son-in-law Richard Unger. The business kept growing, and by the 1920s, Unger already had a number of restaurants, shops and real estate property to manage. The main asset, however, was a hotel bearing the name “Kempinski” on its facade (in the location of the modern Kempinski Hotel Bristol, Berlin).

1928 saw the company M. Kempinski & Co. launching another project with a new gastronomic concept. The company purchased a hotel in Potsdamer Platz, which was to become the flagship hotel Kempinski Haus Vaterland, housing a number of thematic national cuisine restaurants complete with national interiors. Unfortunately, the building did not survive. The Berliners welcomed the idea, and the hotel evolved into one of the icons of the city. 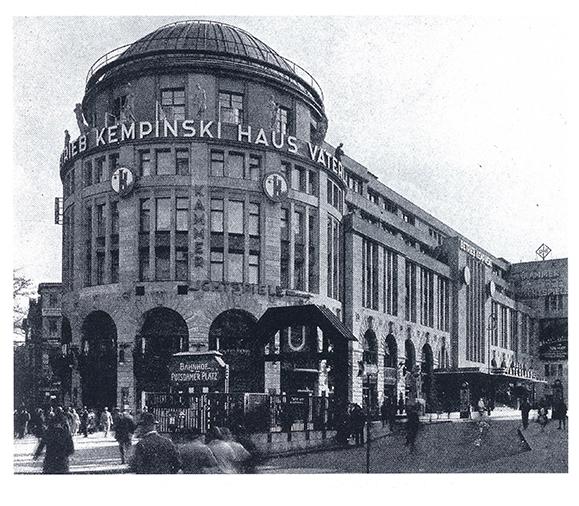 It should come as no surprise that the next Kempinski triumph again had to do with offering Berliners new ways of entertainment. This time, it was the first holiday resort that the company launched in the Marquardt Castle (Schloss Marquardt) near Potsdam, on the lake Schlänitz in 1923. The target audience of wealthy Berliners had a choice of 24 rooms, several restaurants, a tea room and a wine bar, with a beautiful view of the lake from the terrace thrown into the bargain. 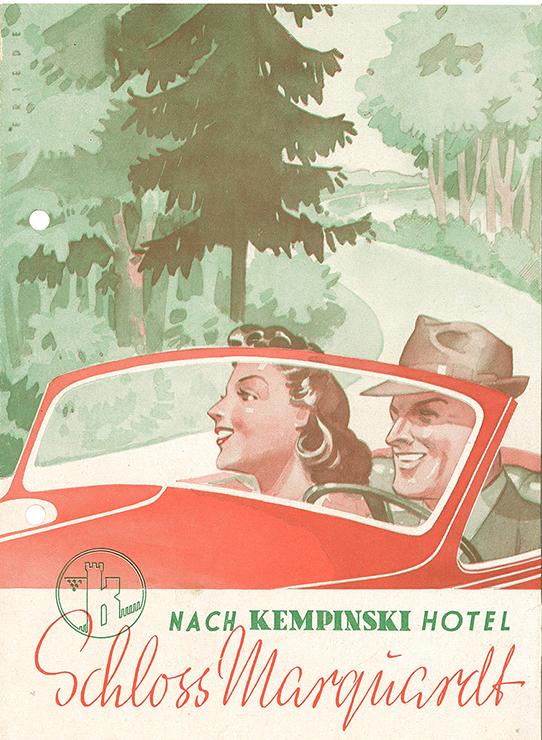 The war years had a great impact on Schloss Marquardt. The function of the castle was constantly changing. There were plans to open a new hotel there in the 1990s, but the project never came to be. The new owner of Schloss Marquardt and the adjacent park since the 2000s will probably want to give the place a new history. 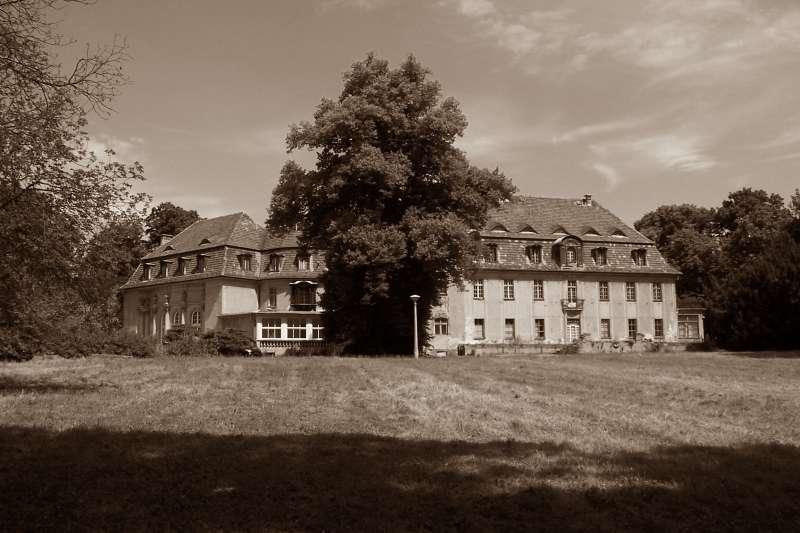 World War Two was a time of great change to M. Kempinski & Co. Despite all the difficulties, Friedrich Unger, the son of Richard Unger, continued running the company for several years after the war until he sold the brand Kempinski in 1953. Although the family hotel business history ends at this stage, the new owner of the famous trademark helped preserve the traditions of the hotel chain. The new Kempinski owner was the company named Hotelbetriebs-Aktiengesellschaft, which we already mentioned.

In 1957, the company purchased Hotel Atlantic, which was built in 1909, and came to be very popular among guests travelling from Hamburg, one of the largest port cities in Europe. The hotel is still open, proudly bearing the sign Hotel Atlantic Kempinski Hamburg. 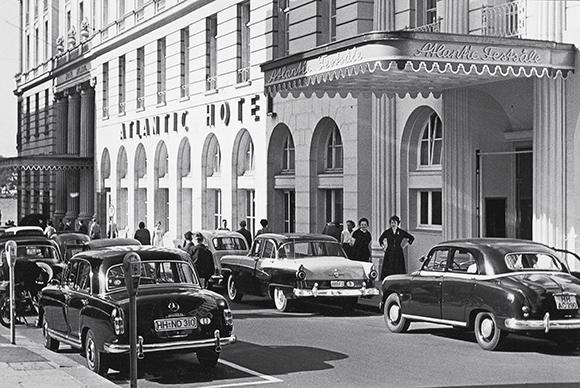 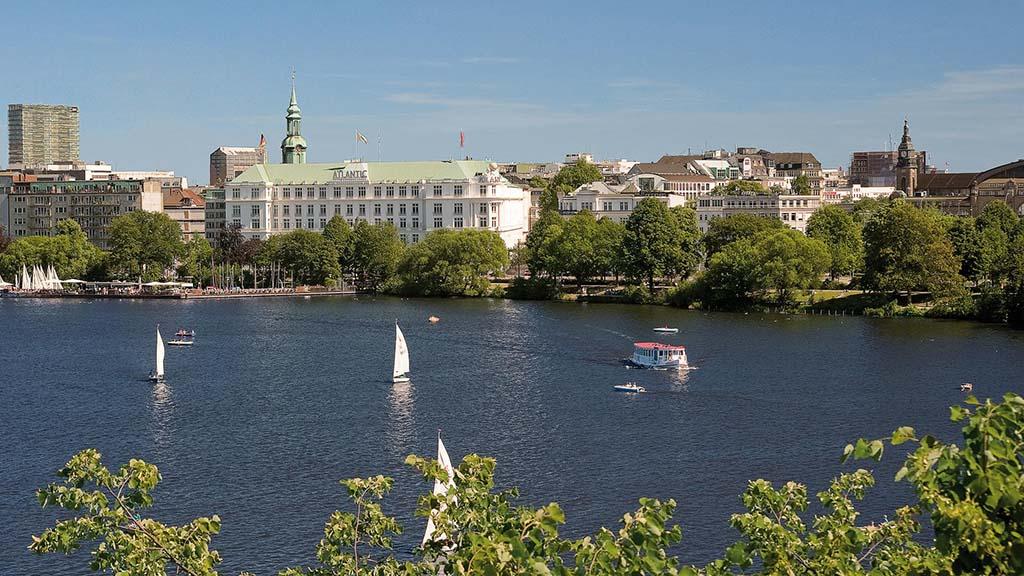 In the 1970s, the Kempinski acquired another hotel, built in 1858, at 17, Maximilianstrasse, Munich, and turned it into Hotel Vier Jahreszeiten Kempinski Munich. The list of the hotel's guests includes Robbie Williams, Winston Churchill and Vladimir Putin. 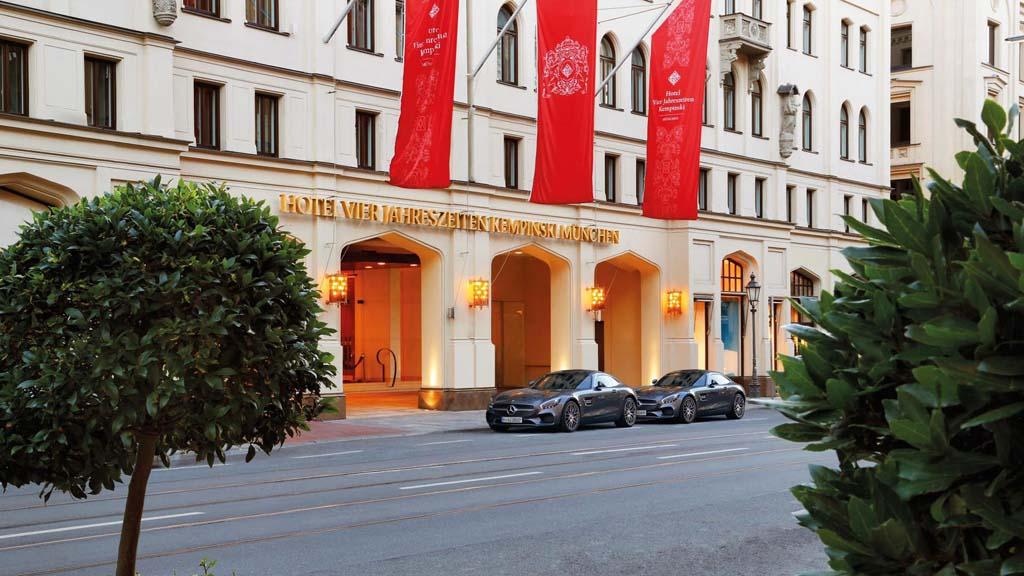 The next milestone in the hotel group history was associated with accessing the Chinese market, as Kempinski Hotel Beijing Lufthansa Center opened in Beijing in 1992. Later, this Asian country offered broad opportunities for the construction of new Kempinski hotels, whose service and cuisine reflected both European sophistication and the Chinese culture. 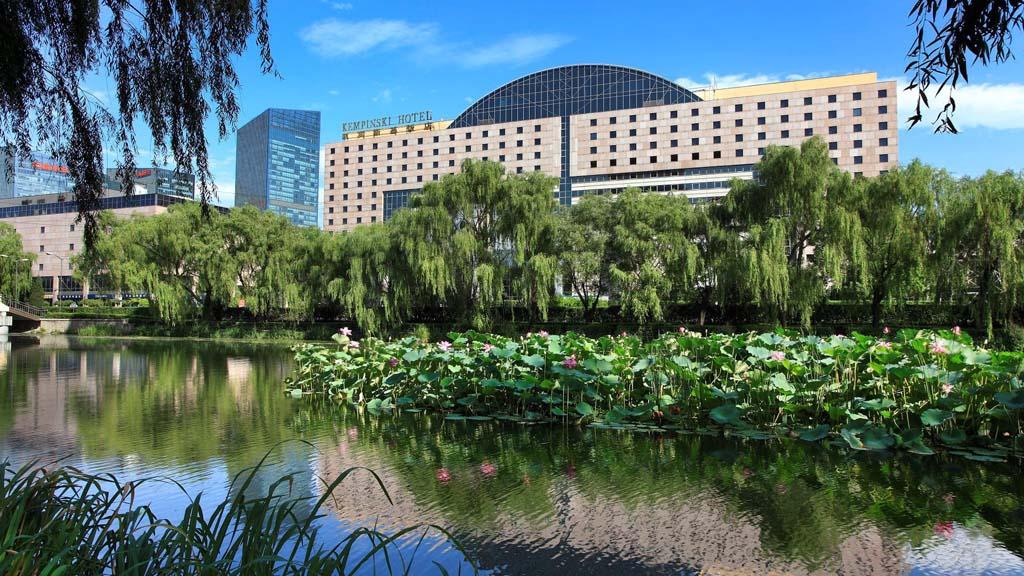 In 2005, Kempinski Hotels announced the opening of a new hotel in the Middle East – the impressive Emirates Palace Abu Dhabi, with more than a kilometre of private beach in the capital of the United Arab Emirates. 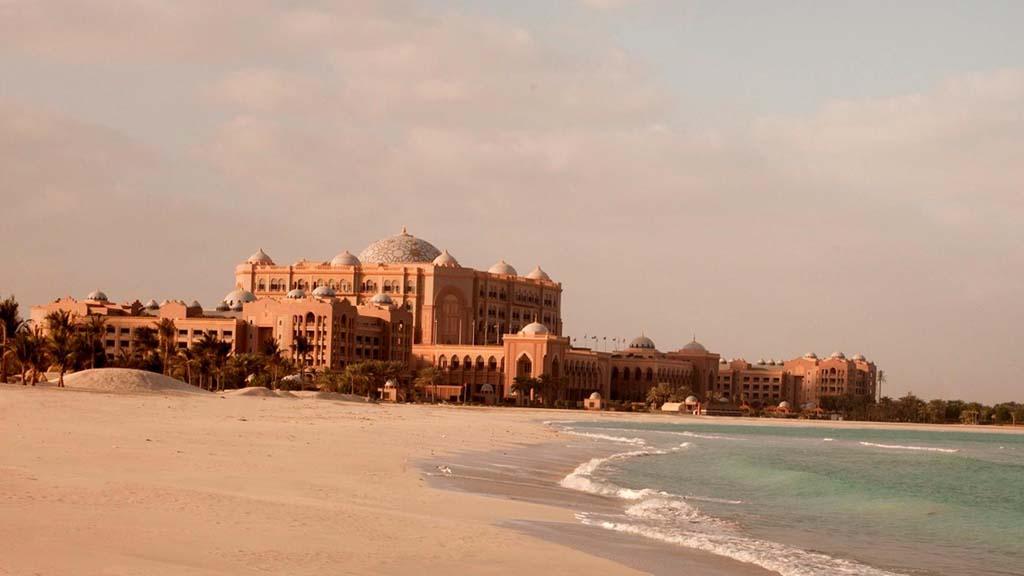 At present, Kempinski also offers accommodation in other popular destinations, including Africa, the Asia-Pacific region and Russia, with the hotel in Cuba, which is to be opened in the next few months, promising to be a real curiosity. 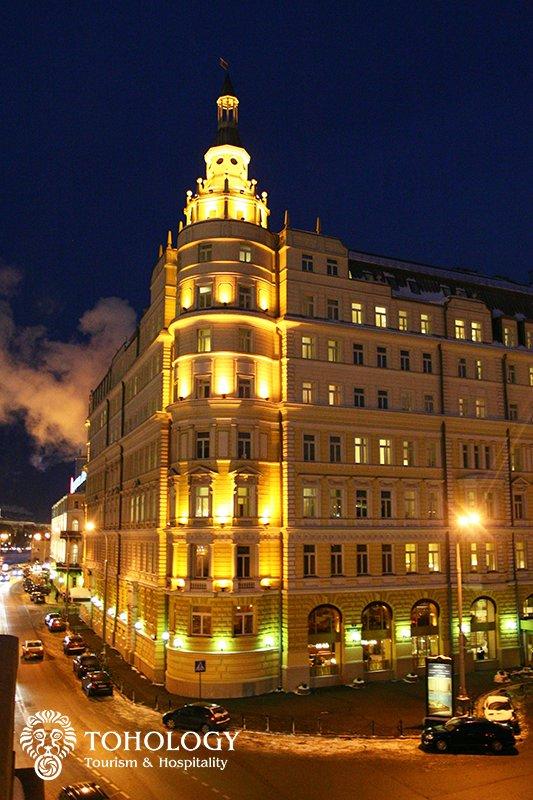 How hotels can compete in the great personalization race

The hospitality industry has become the great personalization race. With so many on-demand consumer and e-commerce platforms, today’s travellers are used to interacting with their favourite brands and services at the touch of a button and at their convenience. Amadeus and other leading technology providers partnered with h2c research company to learn how hoteliers are using technology today to enhance the guest experience.