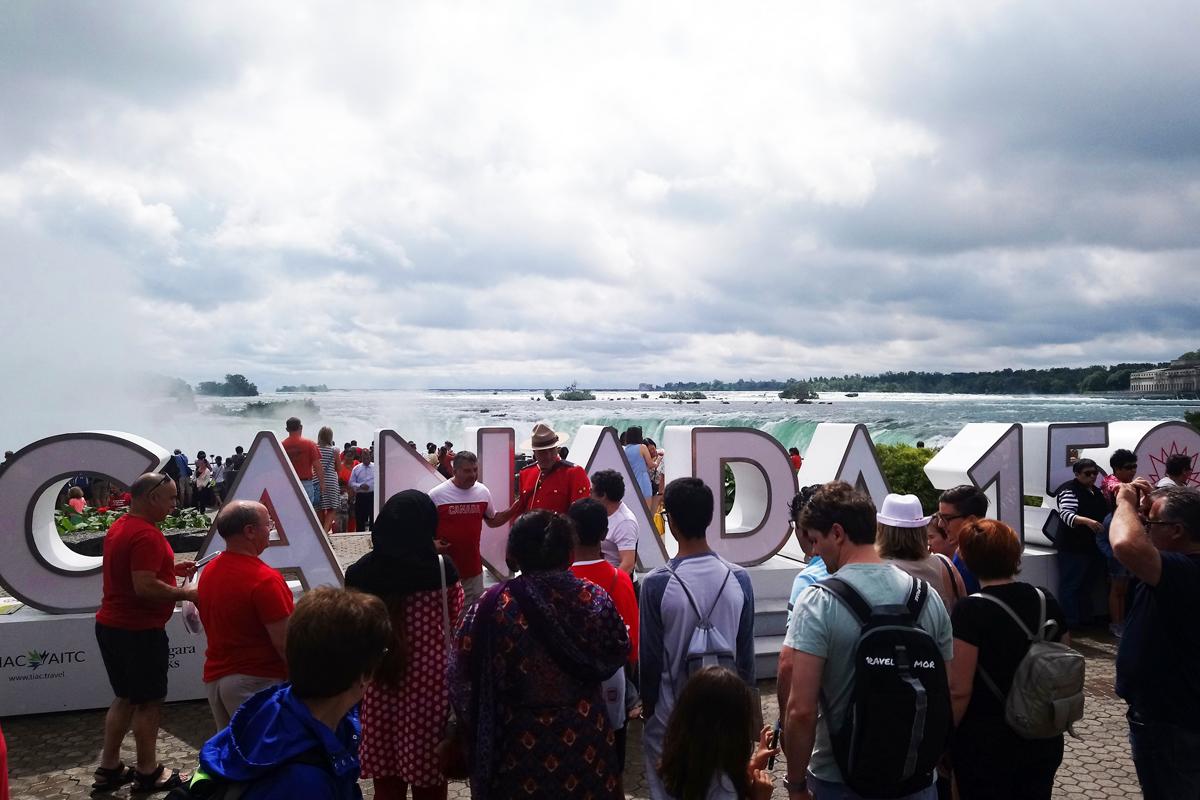 In our previous journey across Canada we discovered some of the major cities and small towns of this beautiful country, but the time has come to celebrate Canada’s 150th birthday.

The 1st of July is the day when the Dominion of Canada was established. The country is rich in history, diverse, and has astonishing nature. From the east to the west, Canada is very different and unique. On July 1, 2017 Canada celebrated its 150th birthday, which was a remarkable event.

In this chapter of the journey we will take a look at how it went to give you an idea of what the celebration was like. We will focus on the largest city of Canada (and one of the largest cities in North America), Toronto.

Similar to Finnish 100th anniversary of independence, Canada also created its special anniversary symbol, which embodied all of Canada at its best. You could see it everywhere, apart from being a logo on souvenirs, it was literally everywhere.

On Canada Day I made my new journey to Niagara Falls, which to me was the best start of the day. Apparently, majority of residents and visitors had the same thoughts and it was very crowded there, however it did not ruin the impression but to the opposite of that, it added the feeling of specialness. The breathtaking view to Niagara Falls always attracts people and you feel you do not ever want to leave the place. 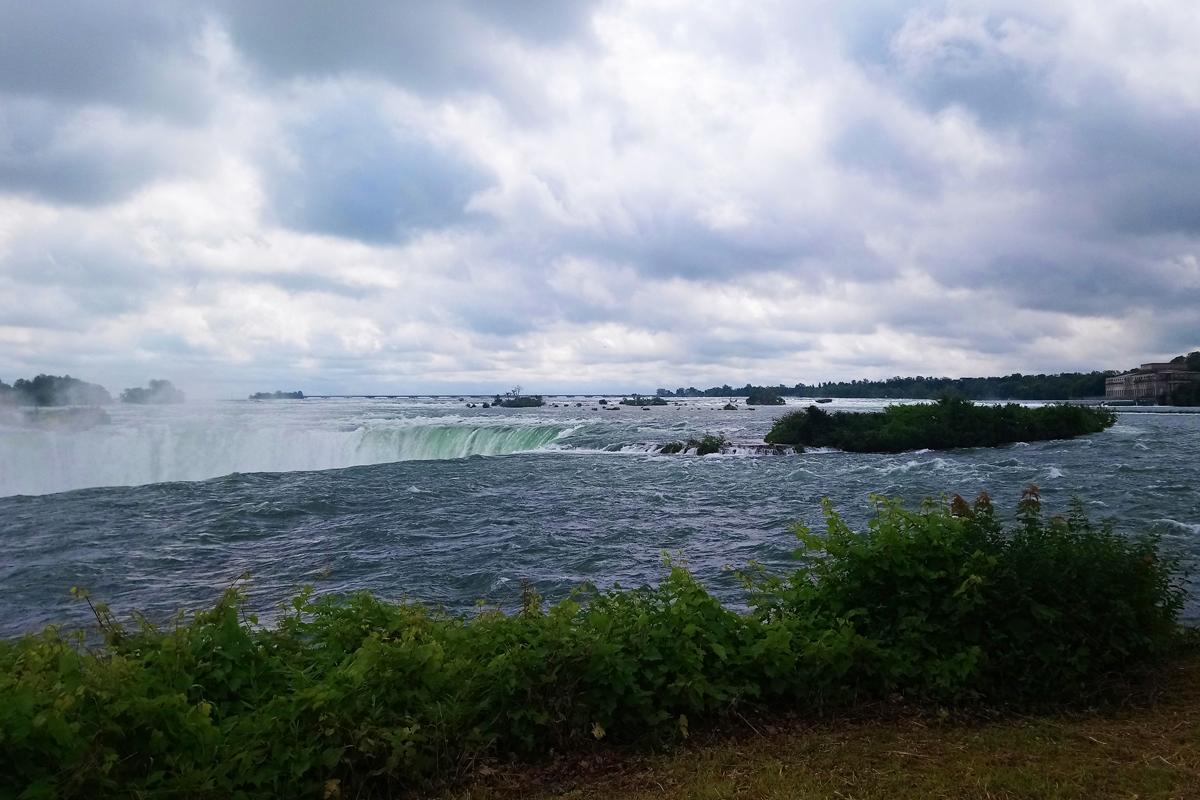 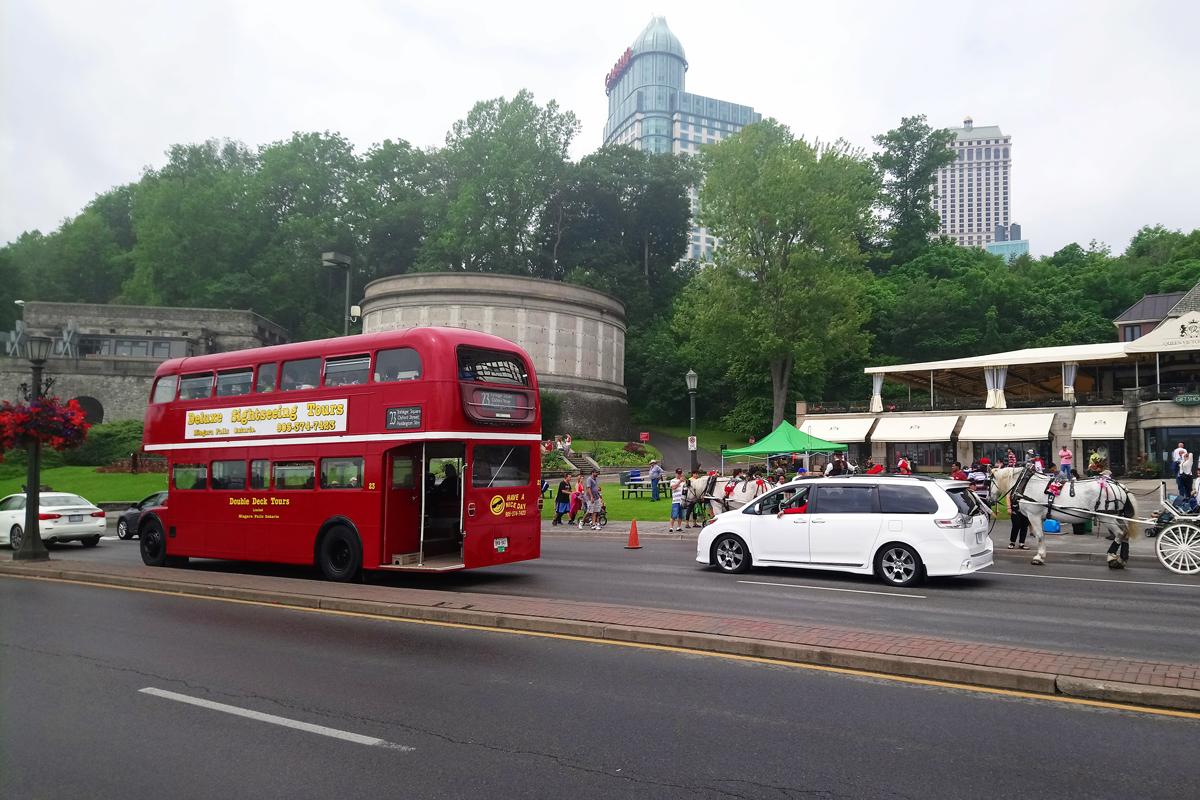 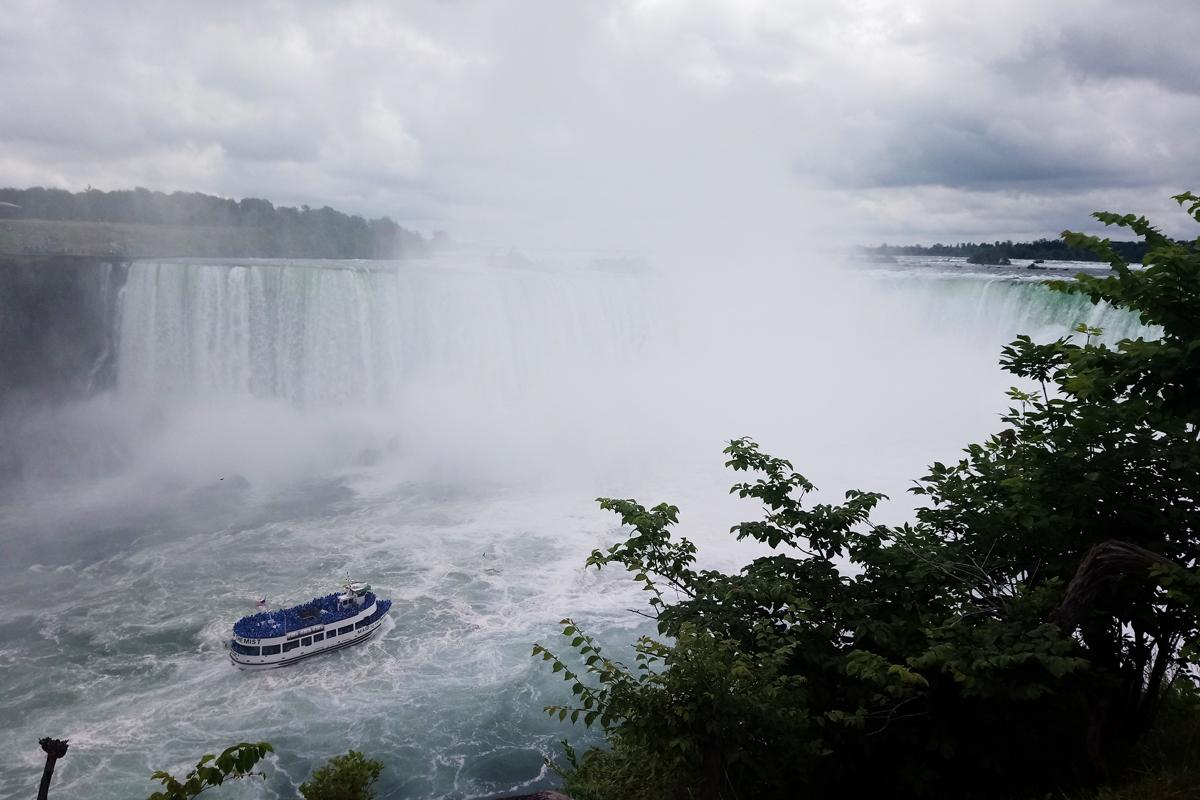 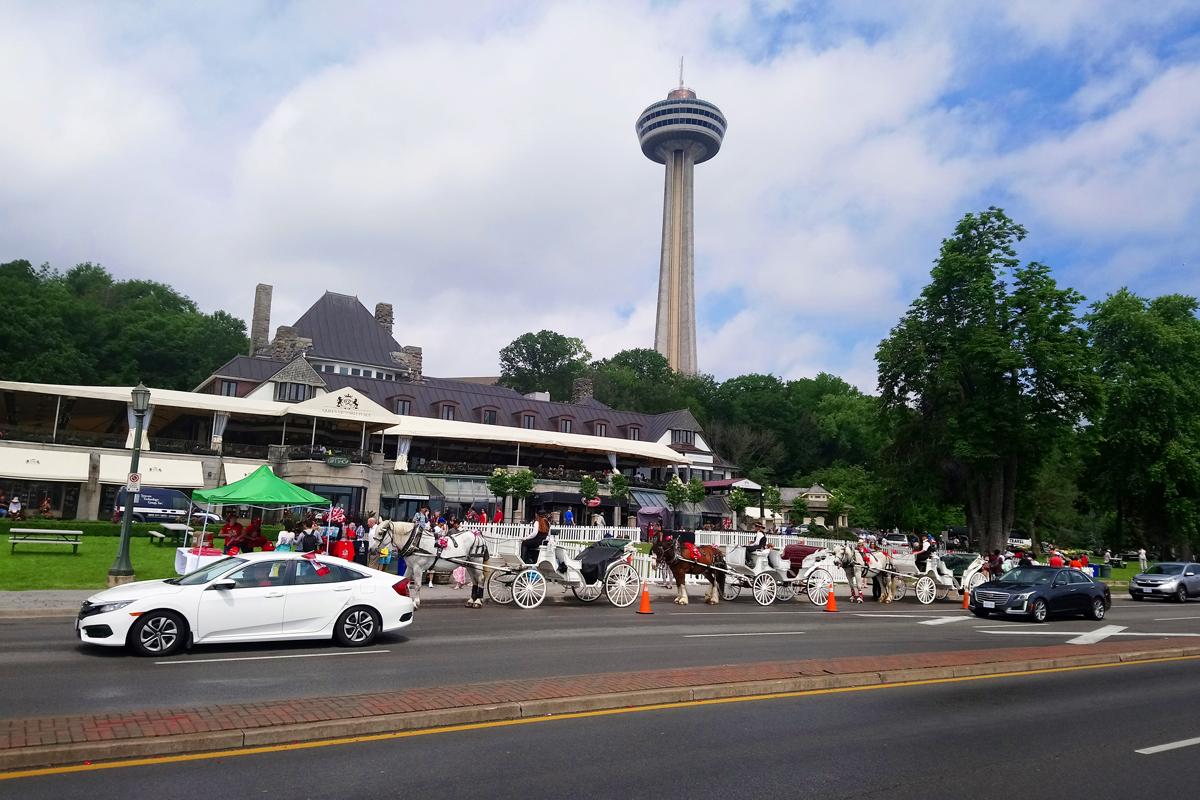 In order to squeeze all the planned things, it was time to leave and the next destination was the Black Creek Pioneer Village, which had no entrance fee on that day, which resulted in a huge number of visitors. It was a very remarkable day to be there seeing the way people used to live and where history was made, it teaches us to appreciate our past.

In the village visitors could see some performances, animals, actors in costumes which were representing the life back in those times. This place should be on your bucket list, as well as Niagara Falls, when visiting Toronto. 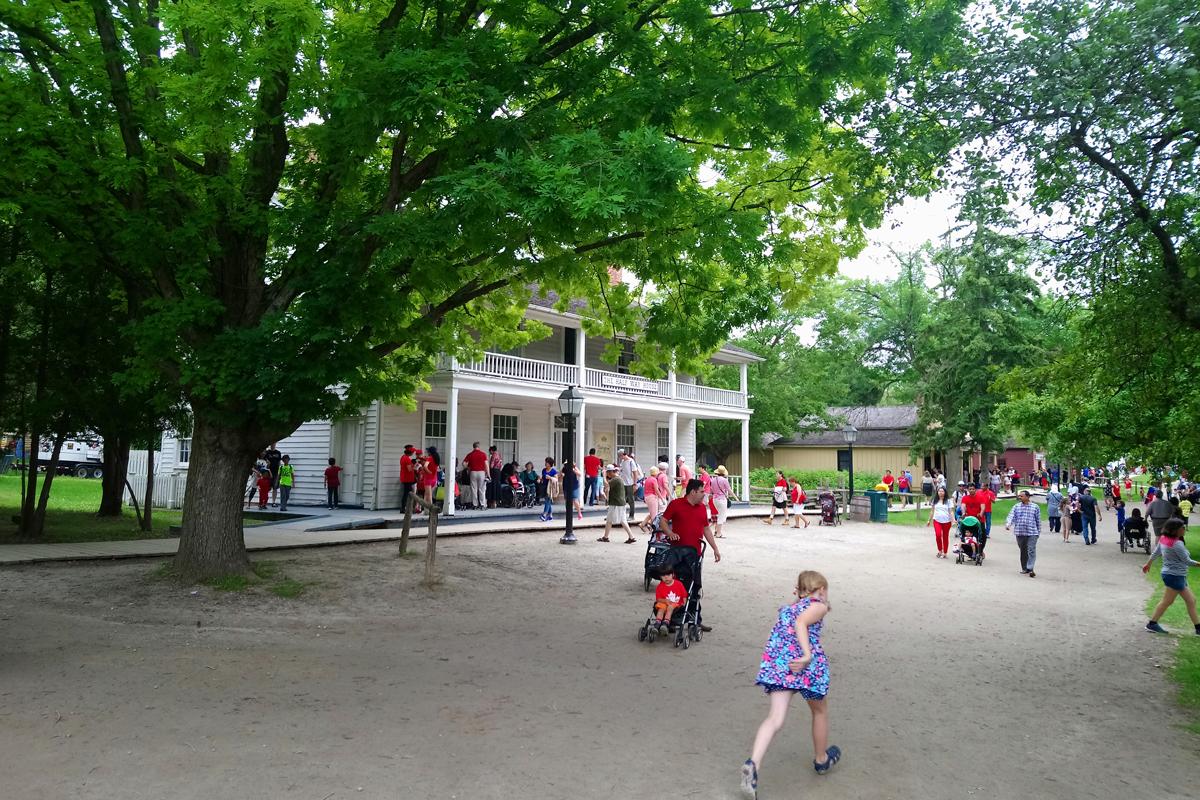 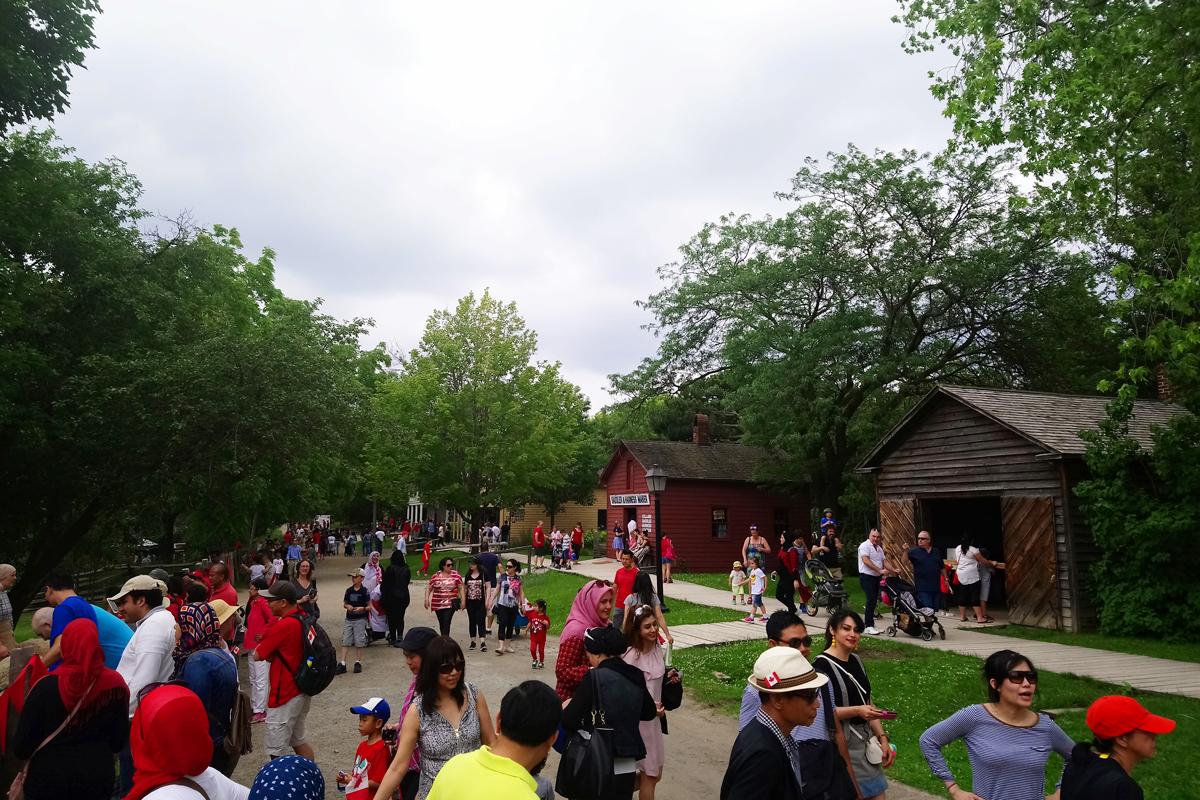 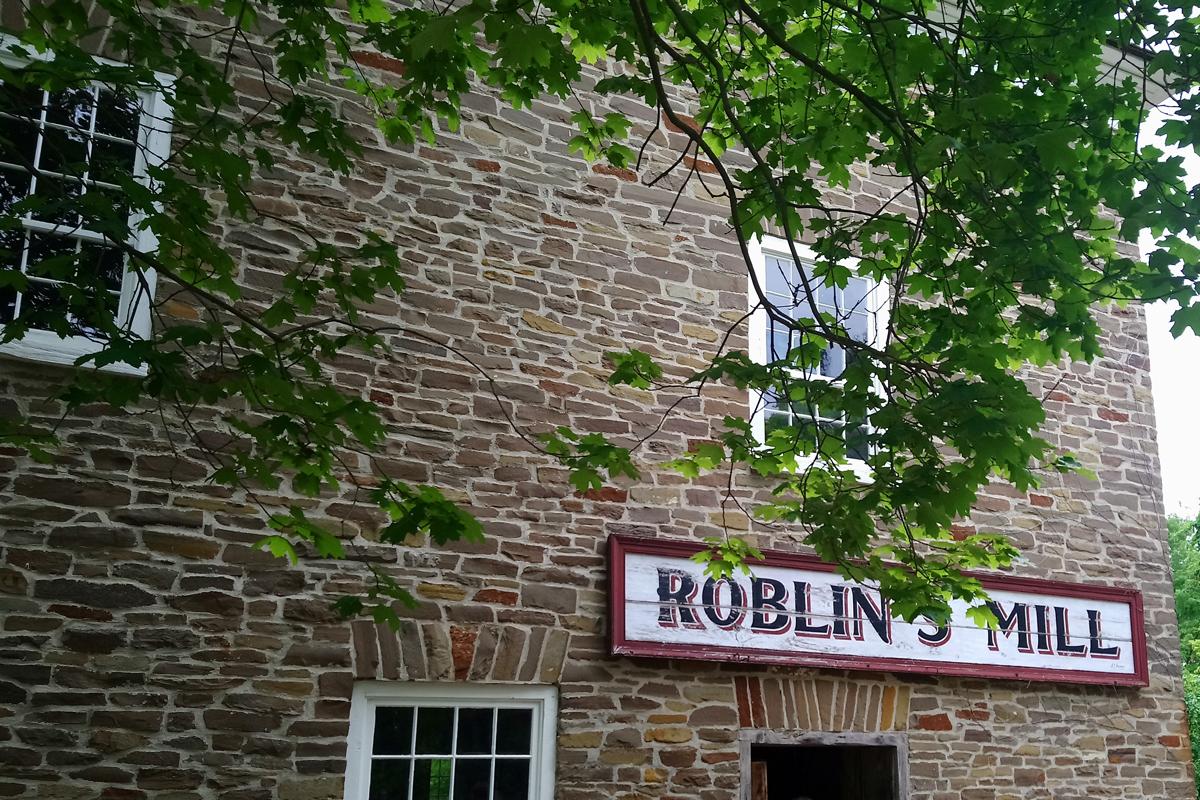 Later that day the final destination was the very heart of Toronto, i.e. two major locations for the fireworks. One was from the CN Tower, and the other one was from the Toronto City Hall. The whole day people could enjoy free concerts and go eat and hang out with friends, you could see a smile on everyone’s face. Nearly everyone had a cup of Iced Capp, which is something every visitor should try.

As for the security measure, they were on a high level, which let people enjoy the celebration. The culmination of the event, which everybody was waiting for, took place when it was getting dark. The main moment started at the CN Tower in a spectacular firework. There is one thing which could make a big difference, i.e. if they played the National Anthem of Canada during the fireworks. Then the crowd started to walk back to the City Hall to see continuation of the fireworks. 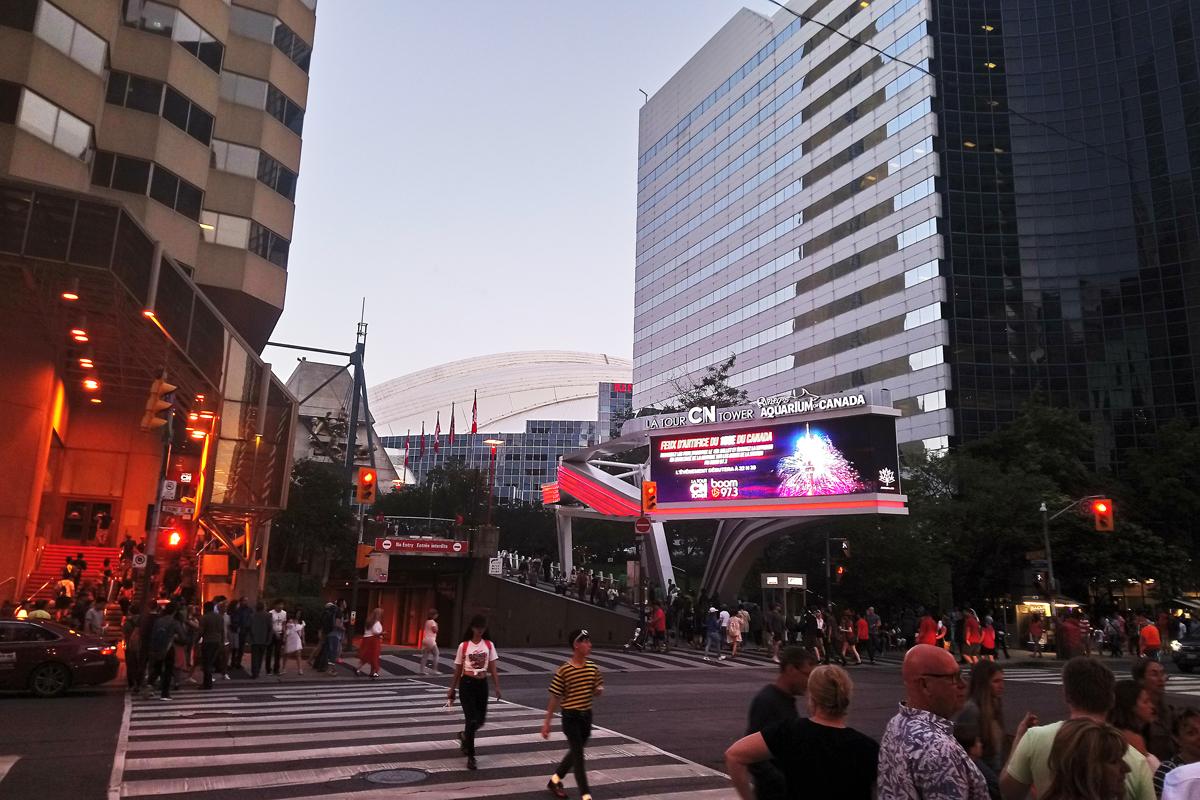 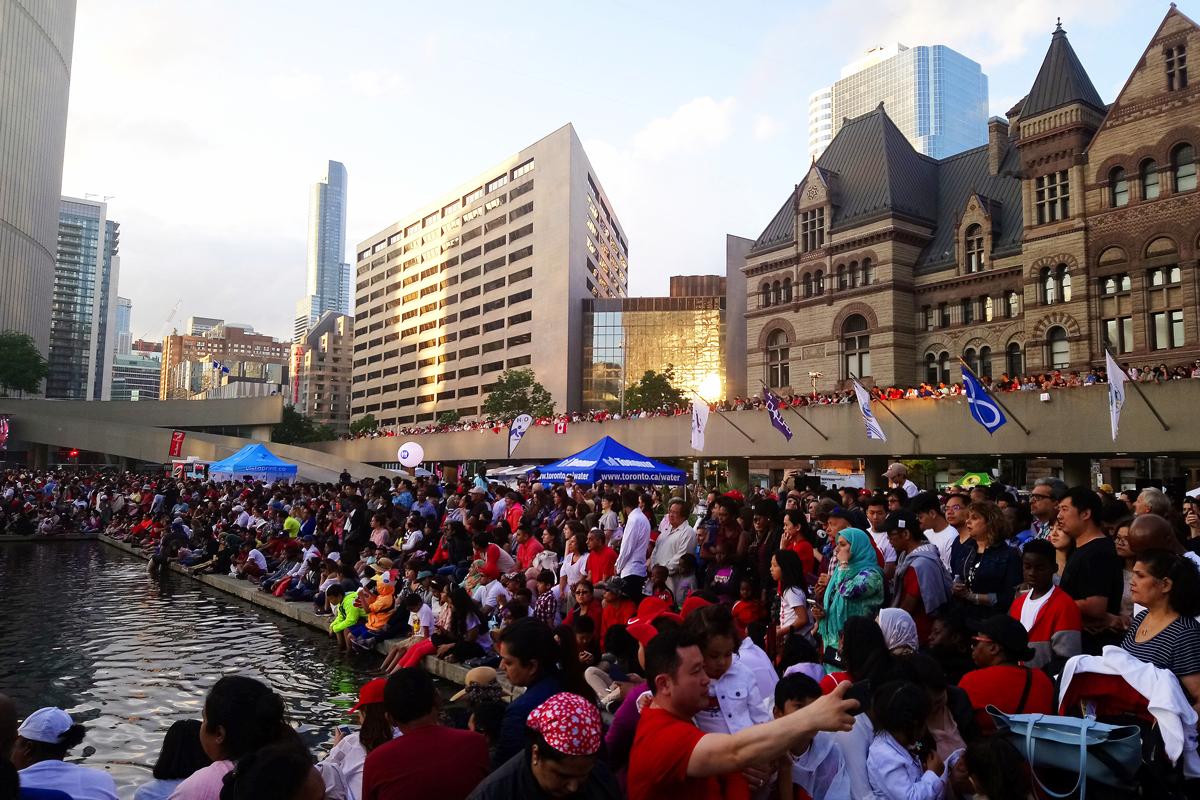 Shortly after that the day was over, but the memories remained, and up till now everything still reminds of a big birthday for Canada. Hopefully, this chapter of the journey gave you a little idea of the majestic day that Canada had. To explore more, follow us with new travel stories and travel the world!

After the official draw ceremony of XX International Tennis Tournament St. Petersburg Open 2015, we continue to describe the anniversary event that took place in St. Petersburg from September 21 to 27, 2015.

MATCH Hospitality has confirmed that sports management and marketing agency, Integral, has been appointed as its Sales Agent in Nigeria for the sale of the Official Hospitality Programme of the FIFA World Cup Qatar 2022. Integral will also offer various services in conjunction with the hospitality packages, including flights, accommodation, end-to-end transportation and social experiences unique to this edition of the FIFA World Cup.

Combining huge screens, private lounges and live performances in an exclusive outdoor venue set against the mesmerising backdrop of the Museum of the Future.