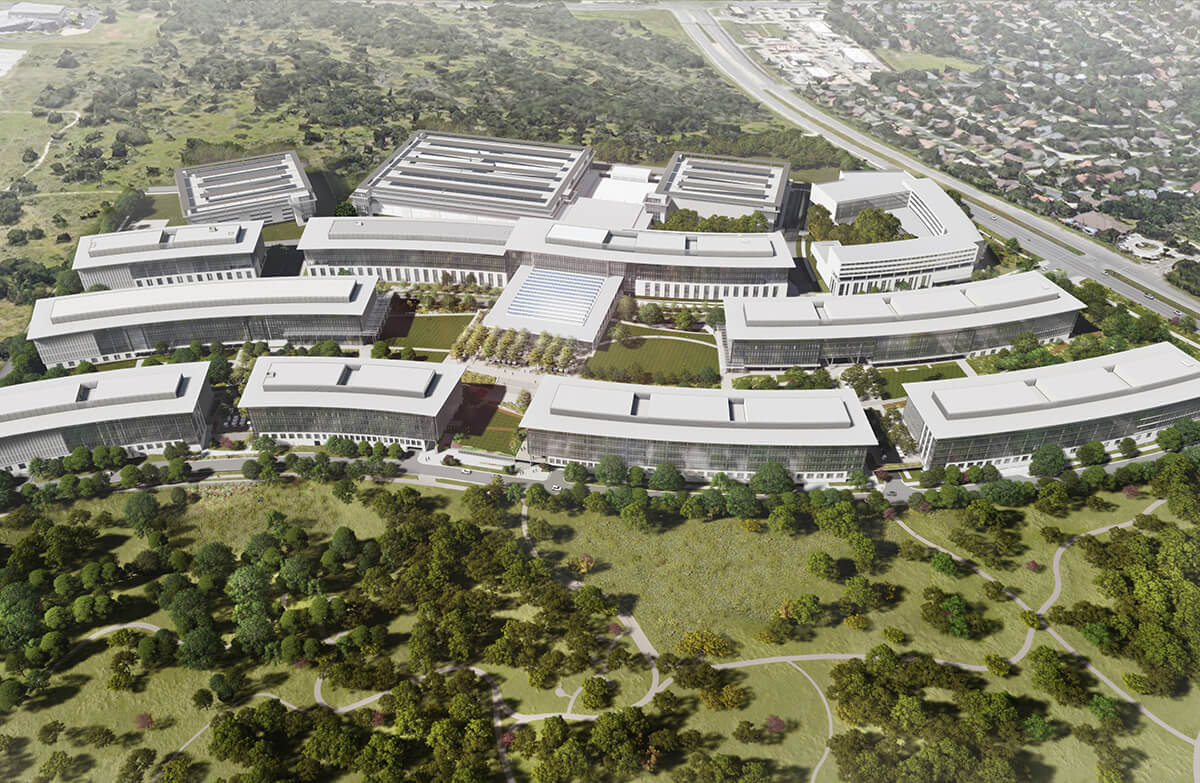 Apple is going to open its first hotel in 2022 in Austin, Texas. It remains unclear which chain will operate the 192-room hotel. The six-storey building will be erected on the territory of Apple’s new campus, which has been under construction close to the Mac Pro manufacturing site since November, 2019.

The $1 billion Apple campus project has not initially included accommodation amenities. The hotel appeared on the map of the campus later on, the hospitality object being approved by Austin authorities on 29 April 2020. The future building does not go by the name iHotel, and its actual name has yet to be unveiled. The preliminary announced area of the hotel in Texas exceeds 7,000 sq. m.

The innovative Apple hotel sets the trend of cluster building, and industry experts expect this initiative to be supported by other IT giants by integrating their office facilities with hotels and other hospitality objects. After commissioning Apple Austin Campus offices will have the capacity of 15 000 people. On the first stage of construction the campus space will accommodate 5 000 employees.

Will iPhone fans be able to stay at the Apple hotel?

Apple has not specified whether ultra-modern hotel rooms will be listed on online booking engines, such as Booking.com or Expedia.com. Even if the top-quality hotel remains exclusively corporate, this venture seems more than feasible, especially considering the world’s experience of fighting the coronavirus pandemic.

Apple is currently headquartered at Cupertino, California, and Texas campus is going to be the company’s second home.

The Beverly Wilshire Hotel (Beverly Hills, USA) appeared in a famous American romantic comedy film “Pretty Woman”. The exterior and the lobby shown in the film are the real hotel, though the room settings were built at the studio.

What’s in a name? Cannes witnessed the announcement of the first The Ritz-Carlton Yacht Collection yacht’s name

In December 2018 the name of the inaugural yacht leading the luxury fleet of The Ritz-Carlton Yacht Collection has been finally revealed at the International Luxury Travel Market in Cannes, France.