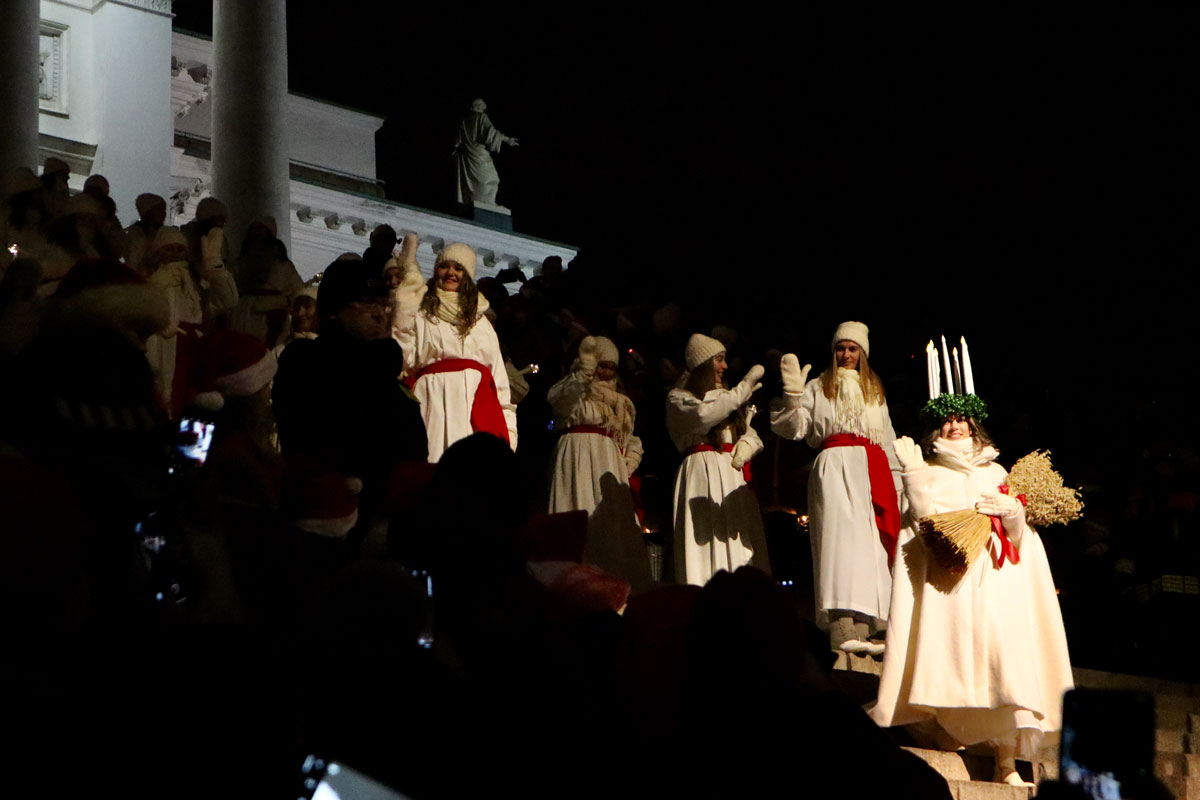 On the 13th of December a very beautiful, charming tradition is celebrated, i.e. the Saint Lucia’s Day or Saint Lucy's Day (“Luciadagen”, also often known as “Sankta Lucia” in Swedish or “Lucian päivä” in Finnish). Being celebrated in the Nordics and some European countries, the main events take place in Sweden and neighbouring Finland, which we will focus on and where it is especially cherished by Sweden Finns. Having become a very popular tradition, nowadays the celebration attracts lots of foreigners as well as Finnish-speaking Finns. 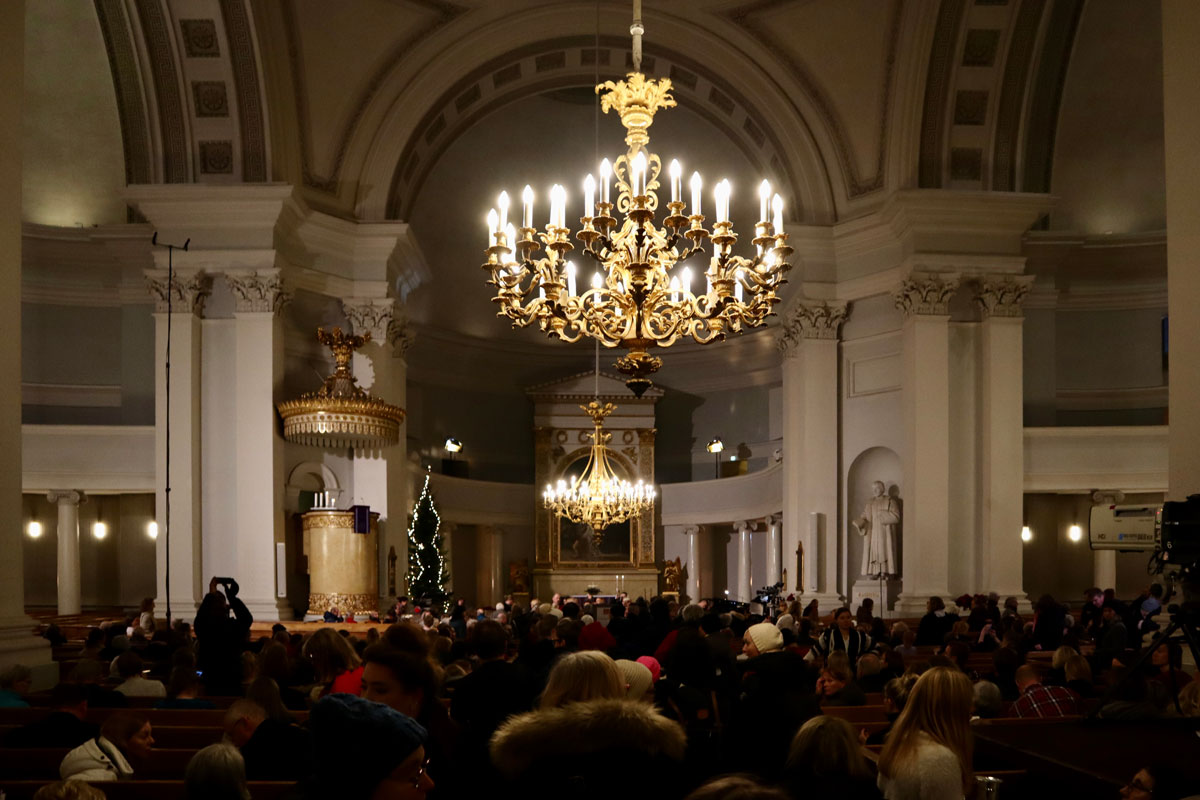 As a matter of fact, the roots of this day date back to the 4th century to commemorate Lucia of Syracuse, the martyr persecuted for her faith in Christ. Being the most common legend of this tradition, it bears the symbolic meaning of Saint Lucia bringing the ray of light into the darkness, as before the calendar reform, it was the longest night of the year.

The coronation of Lucia is held in Stockholm, Sweden, and Helsinki, Finland. The two counties share same history and Swedish culture has a huge presence in Finland and thus Swedish traditions are embodied into the life of Swedish Finns. Lots of girls dream of being Lucia as it is something to remember for the rest of a lifetime. Lucia is chosen annually based on a selection process following the coronation on the 13th of December at Helsinki Cathedral. 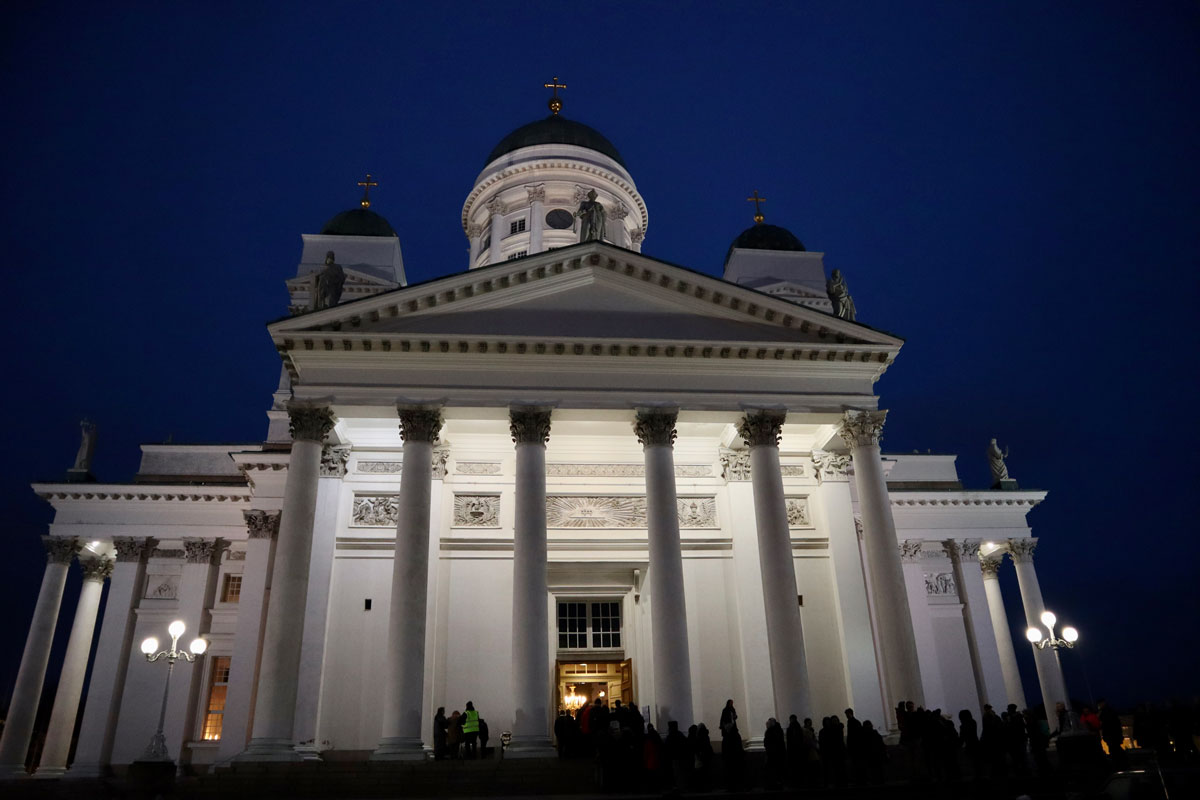 Keep in mind that you need to come there an hour before the ceremony, as the doors close on time. First, the organ music is played to create the atmosphere and then a song is sung. Shortly after comes the exciting moment when Lucia slowly walks down to the stage. All happens as she sings the “Sankta Lucia” song in Swedish. The coronation takes place in between speeches and songs. The former president of Finland, Tarja Halonen, was making a speech to Lucia, who in the year of 2019 was Sara Ray from the town of Esse. 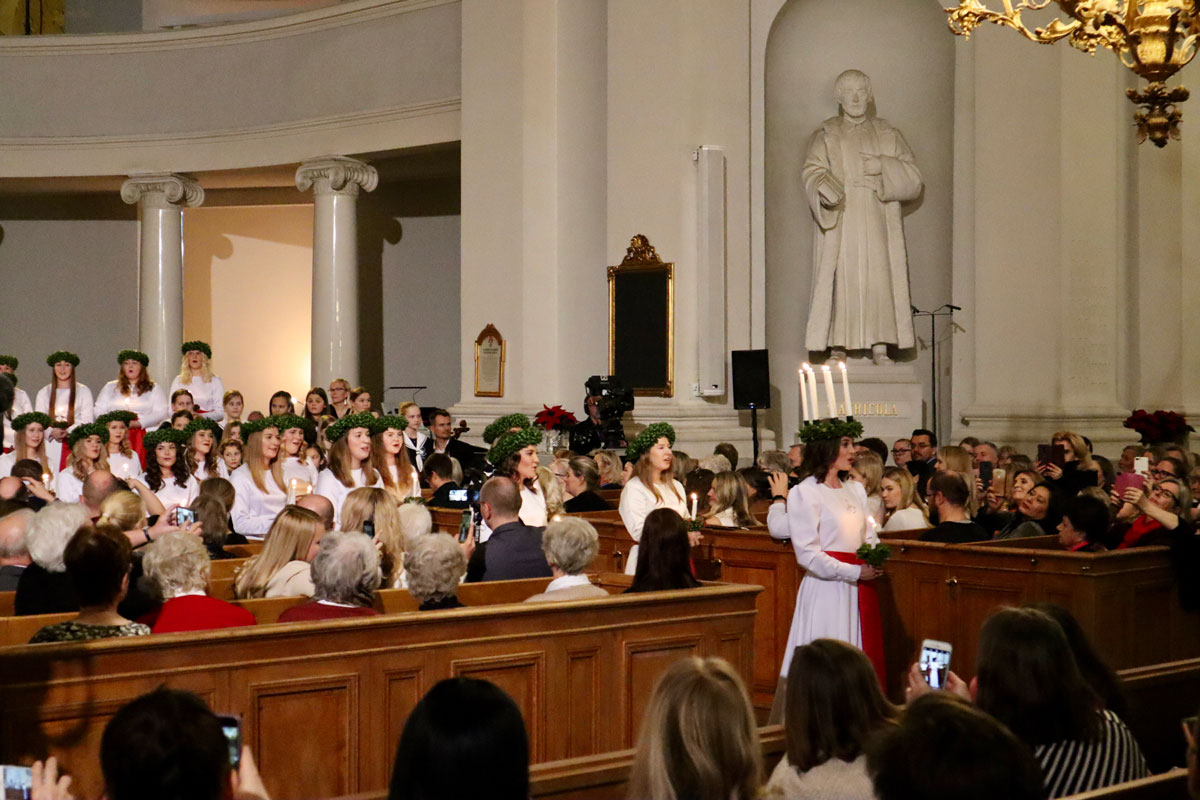 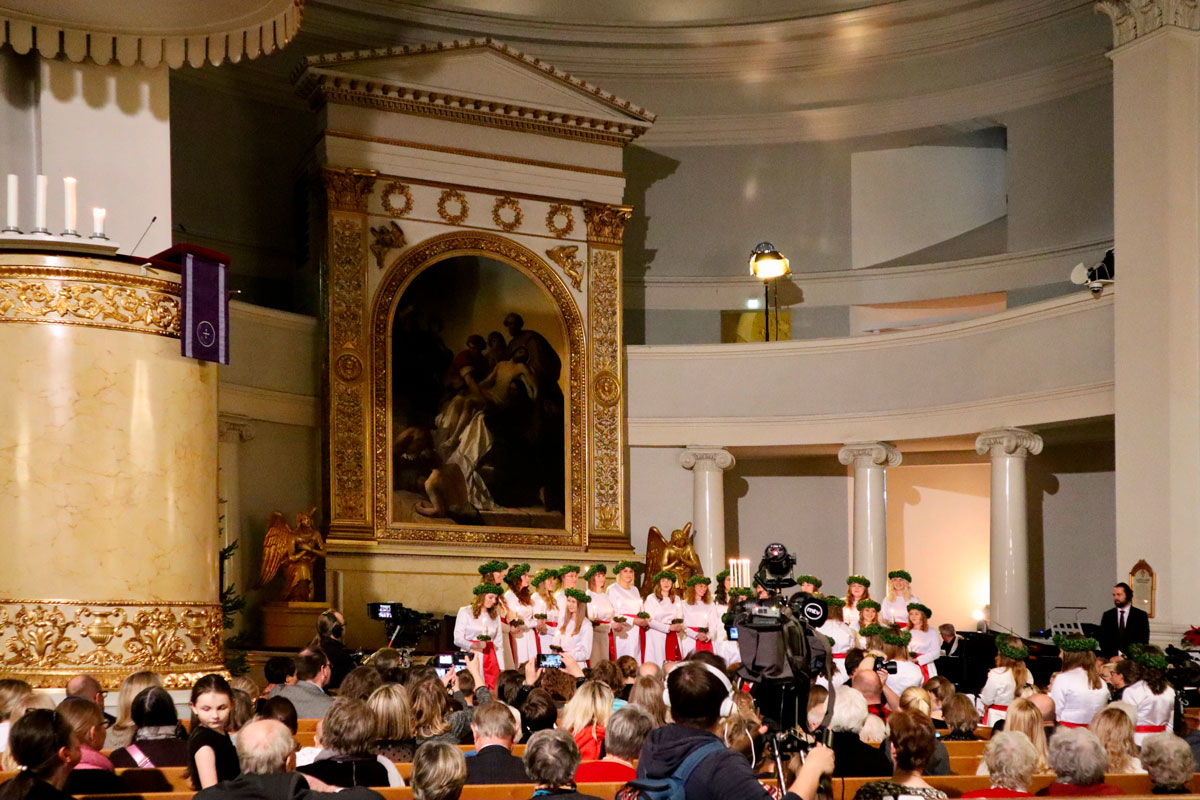 All in all, it takes an hour before Lucia starts walking back singing “Sankta Lucia” song again. However, the ceremony continues as a parade on the streets of the city centre. Lucia appears on the top of the stairs of Helsinki Cathedral and slowly starts walking down to her coach with horses. It is close to impossible to find a spot as everybody wants to see Lucia. 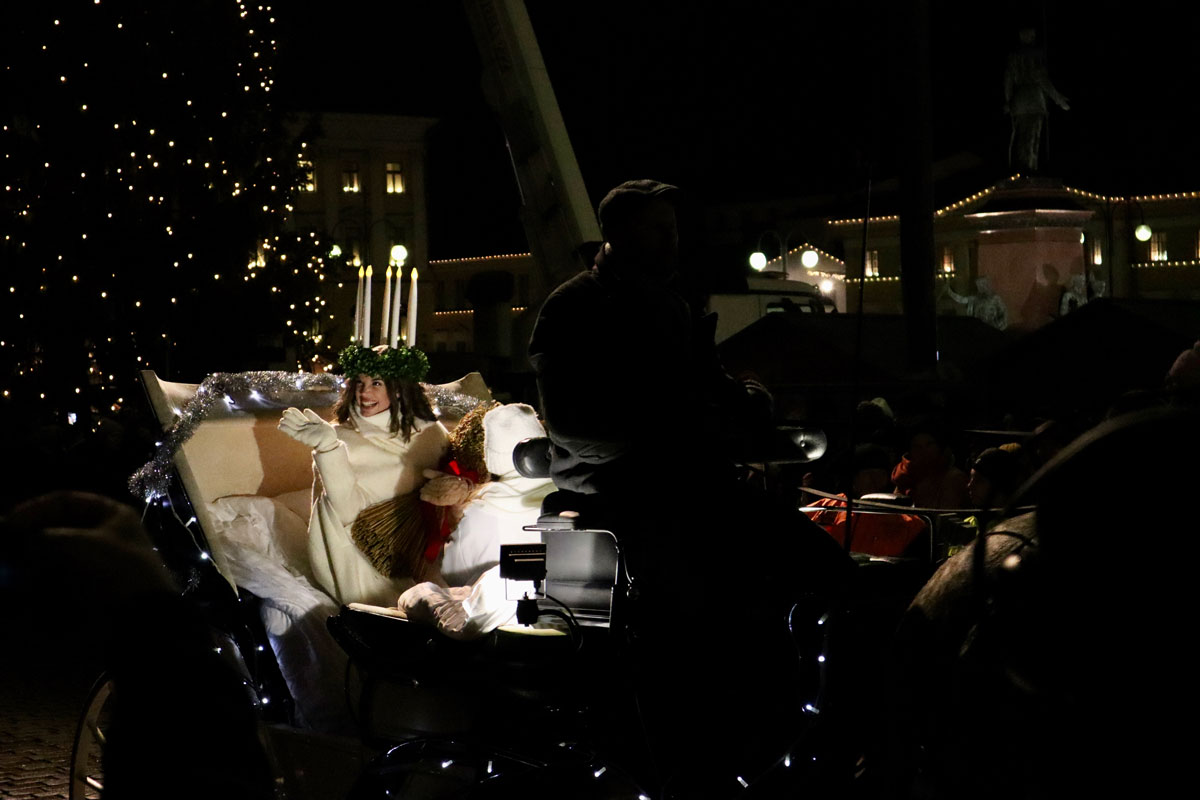 Once she is in her coach, the final part of the ceremony begins with the procession moving from the Senate Square to Alexander street turning to Mannerheim street and then to Esplanade. The elements of the Santa Claus parade can also be noticed in it. Once the coach reaches Helsinki Cathedral again, the ceremony comes to an end. 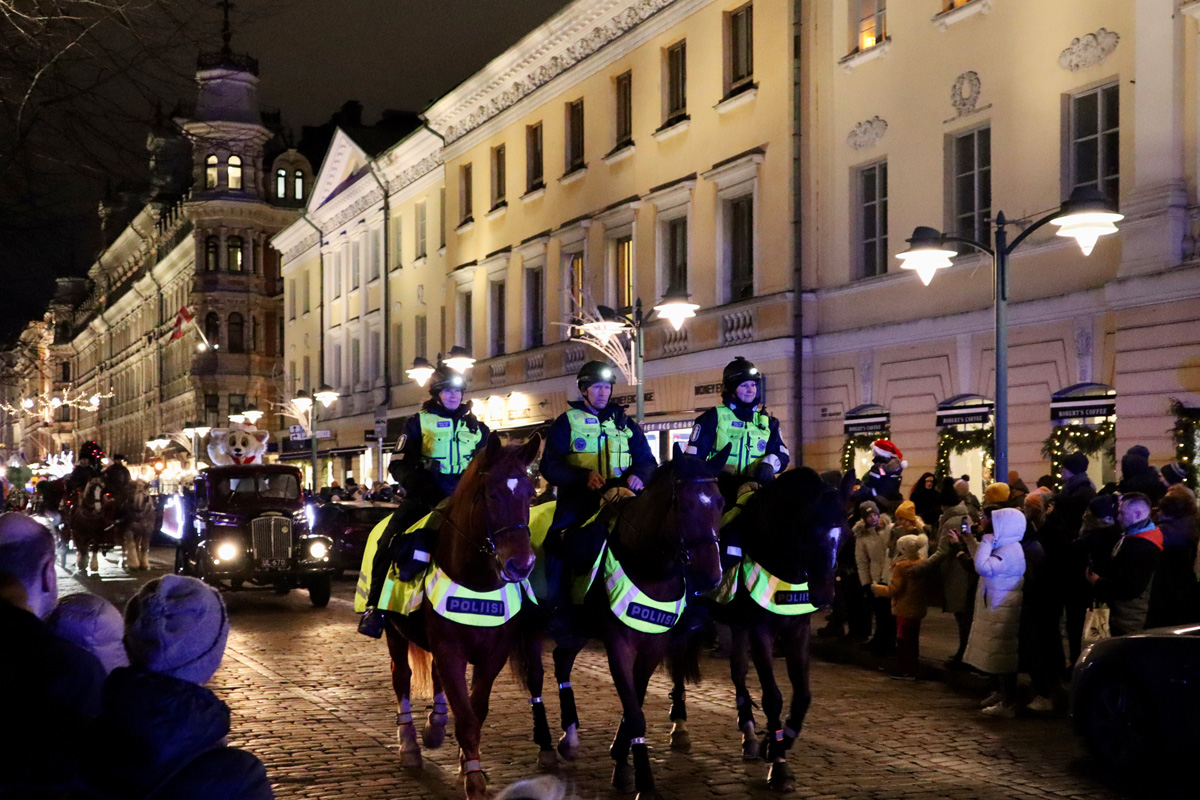 If you are in Helsinki on the 13th of December, find some time to visit this celebration. This is one of the most spectacular events with old tradition being kept in the country. It might help you see the Finnish culture from a different angle. Hopefully, this story inspired you to come and explore more! 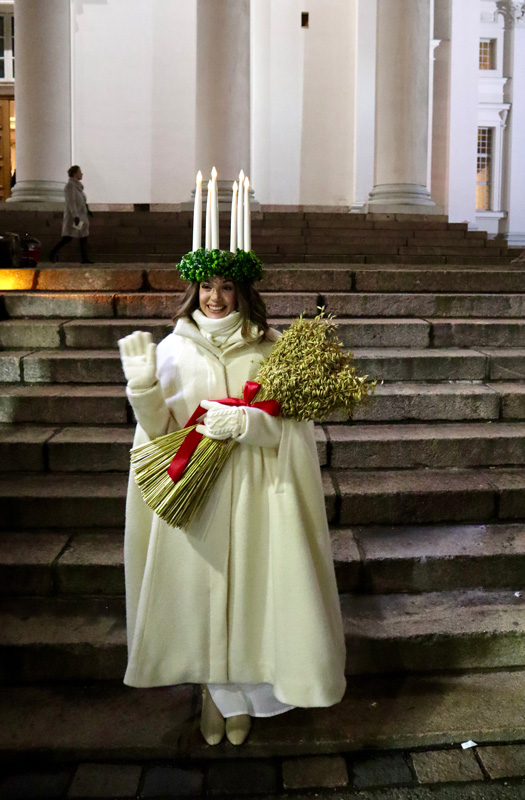 “Jurassic Rock” is an annual music festival taking place in Visulahti park in Mikkeli, Finland. The festival comprises a lot of different groups from all over the world performing their most famous songs.

In the autumn, St. Petersburg was visited by Swiss tennis player Stanislas Wawrinka. Here is an interview that Swiss school students took part in with the tennis celebrity and later illustrated with photographs from Stanislas’ performances at the St. Petersburg Open.