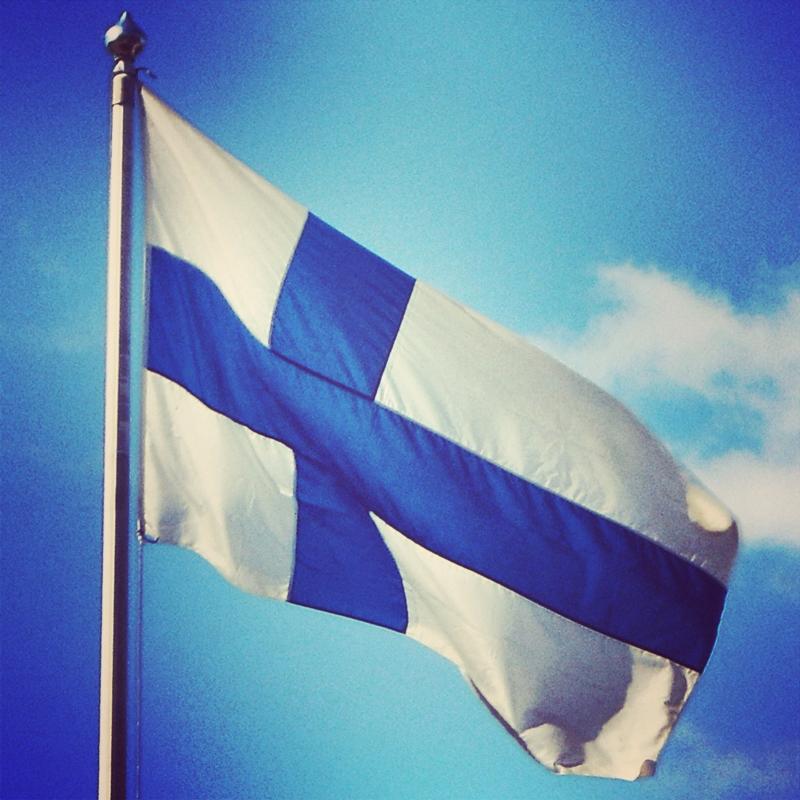 “My Finland”, this is the way I would like to name this opening chapter of the journey in Finland and to give you a brief idea of this country. Finland is one of the largest European countries, located in the very north, being partly Scandinavia and partly something of its own. Finland is known as a “land of a thousand lakes”, it is true. You are going to see a lot of lakes wherever you go and enjoy the beauty of nature.

To begin with, it is worth to mention that Finland has its own unique nature, calm and silent, the true Nordic harsh and severe, and sometimes nice and welcoming. There is a lake called Saimaa, which is the largest and most beautiful lake in Finland. The road from Imatra to Mikkeli is considered the most beautiful road of this country, i.e. road 62. But keep in mind, there are just a few gas or any other stations close to some towns only, the rest of the way it is totally empty, wild nature all around. 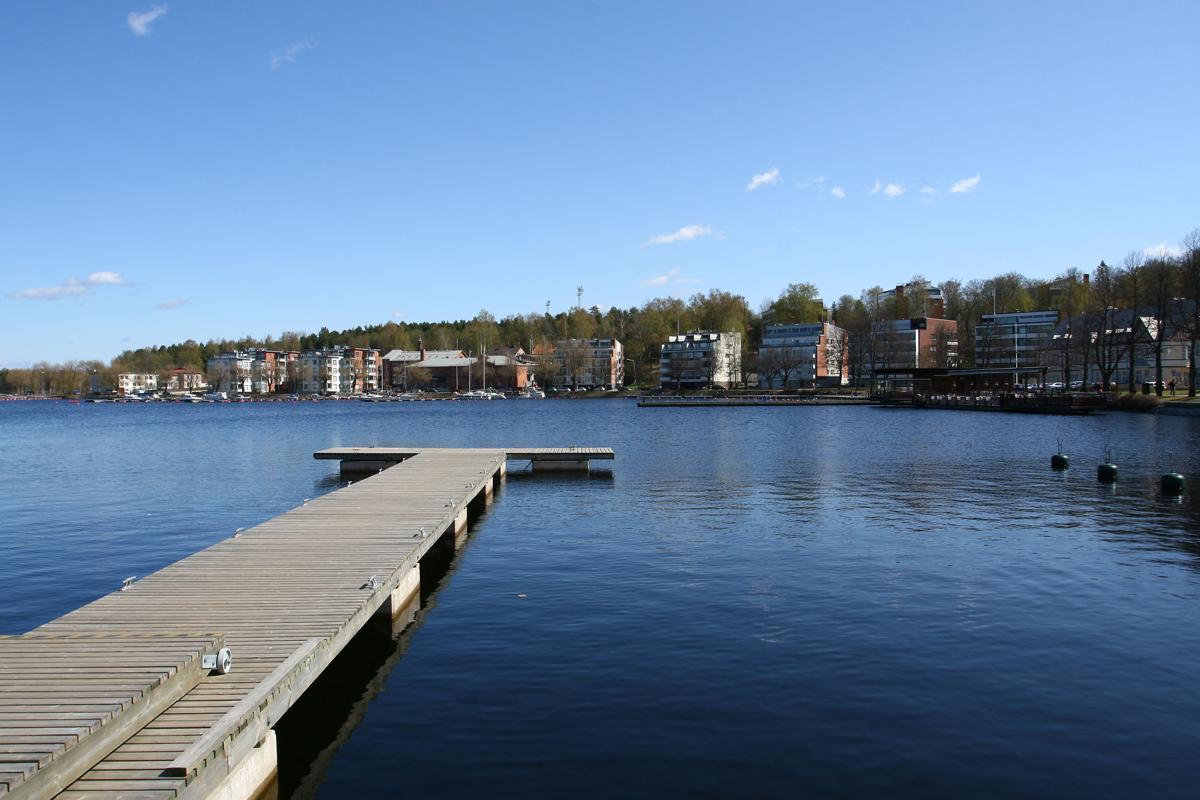 The capital of Finland, Helsinki, is the largest city which contains Helsinki, Vantaa, and Espoo. Of course, there are some other parts included into this Greater Helsinki Region, but these three are the most well-known and biggest parts of it. 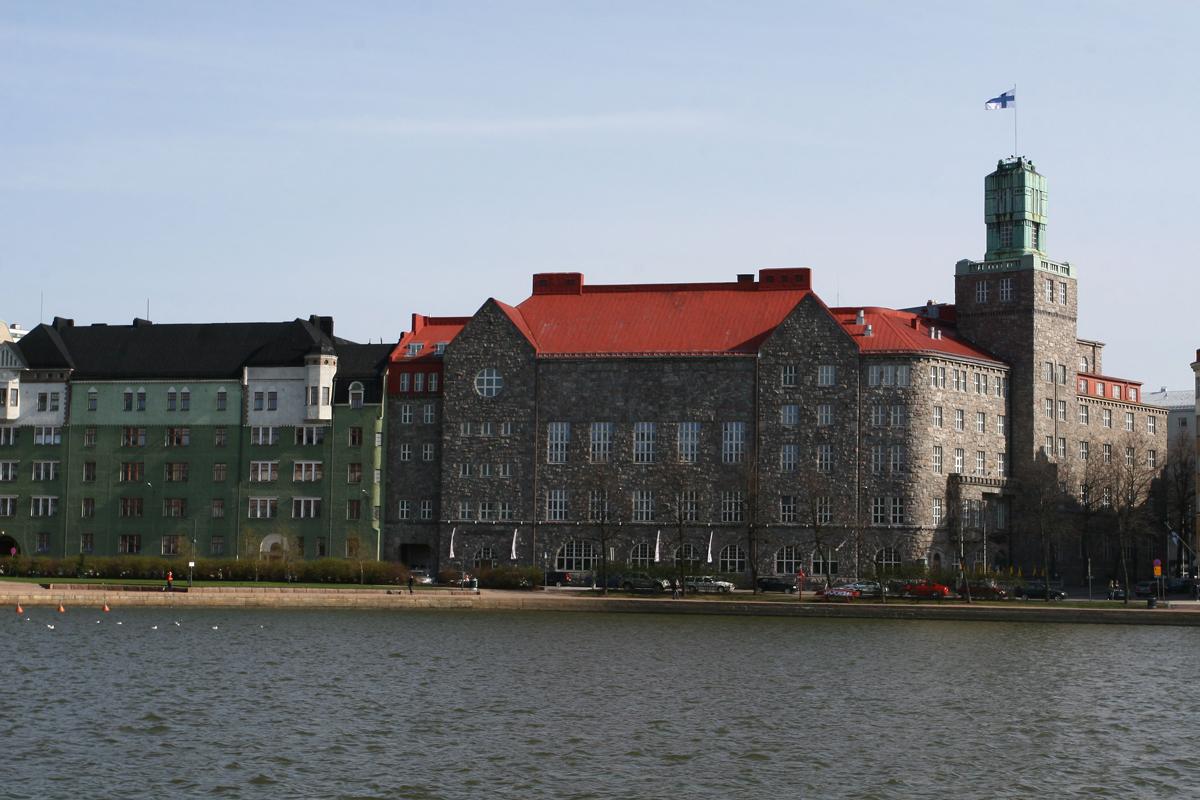 There are all possible ways to get to Finland, for instance, you can fly to Finland’s capital or other cities/towns, you can take a train, you can drive, or you can take a ferry. Helsinki is now opening a new circle rail line straight to the airport, which is going to attract even more tourists and make it more pleasant for business. The major airport of the country is the Helsinki-Vantaa International Airport, which consists of two terminals at the moment. The airport will be discussed more in details in the final part of the journey in Finland. 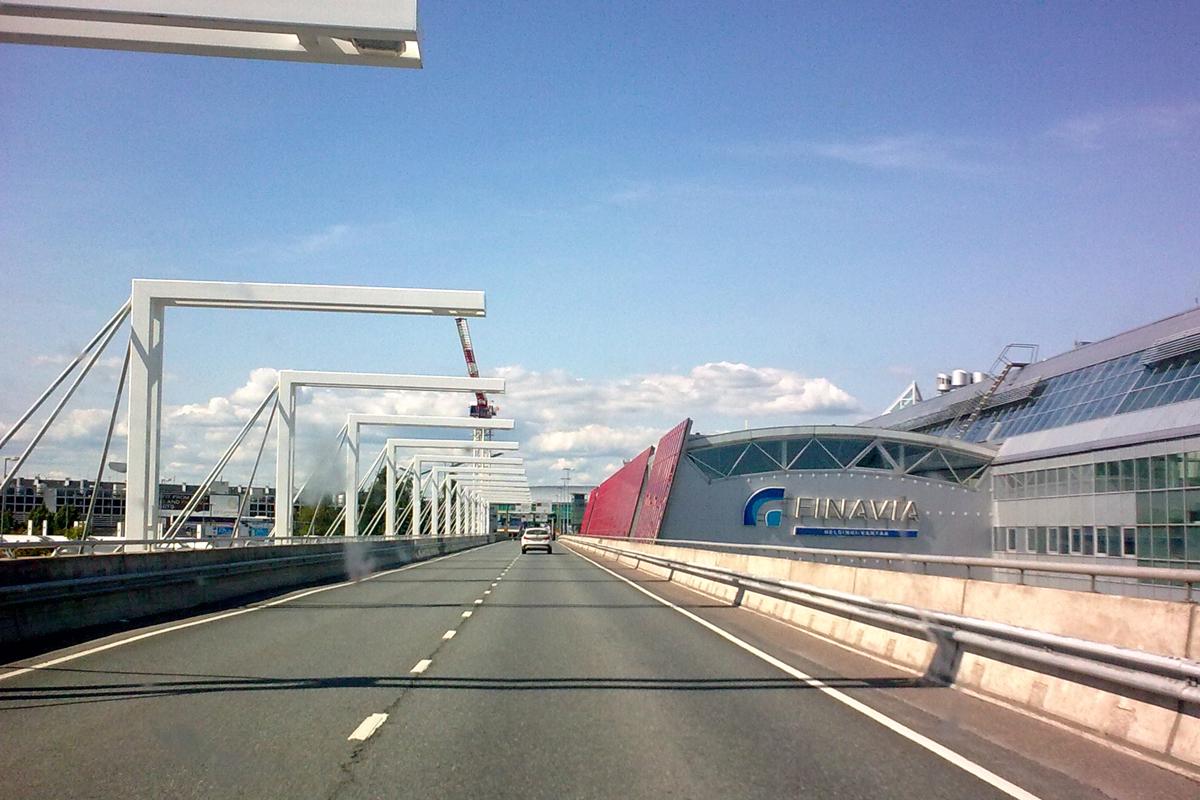 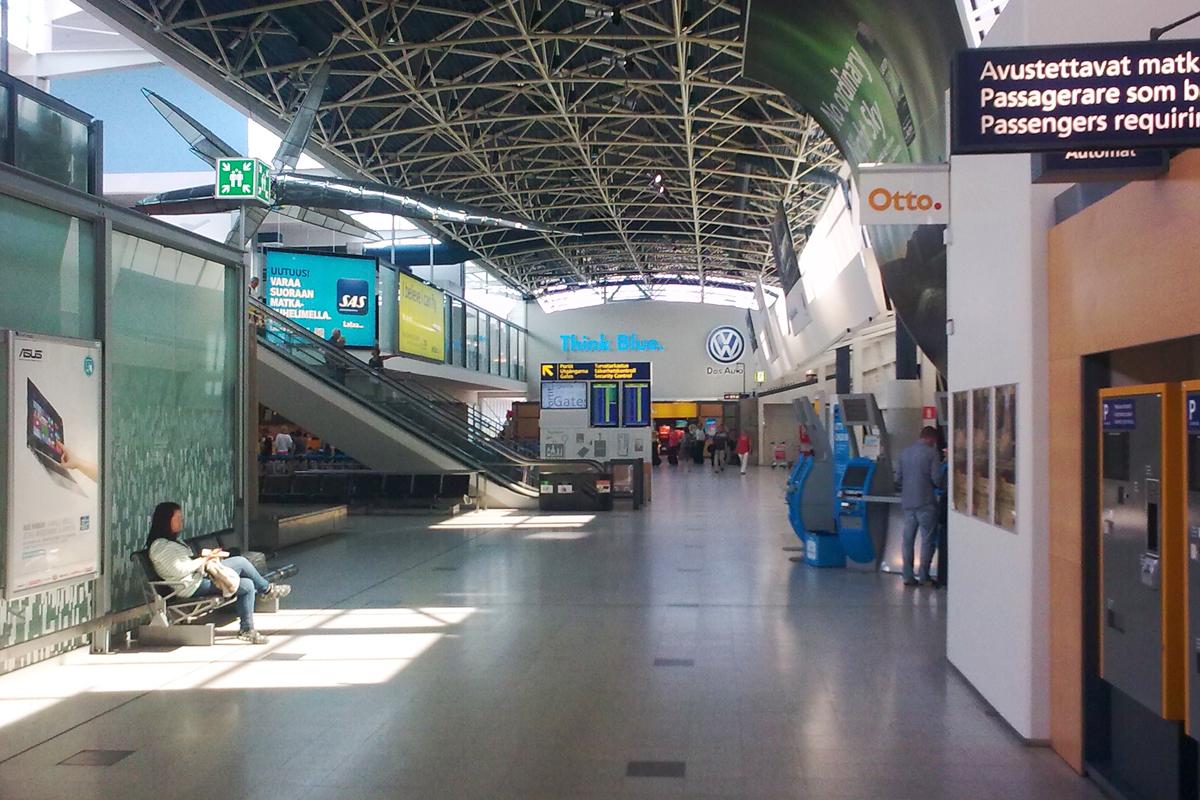 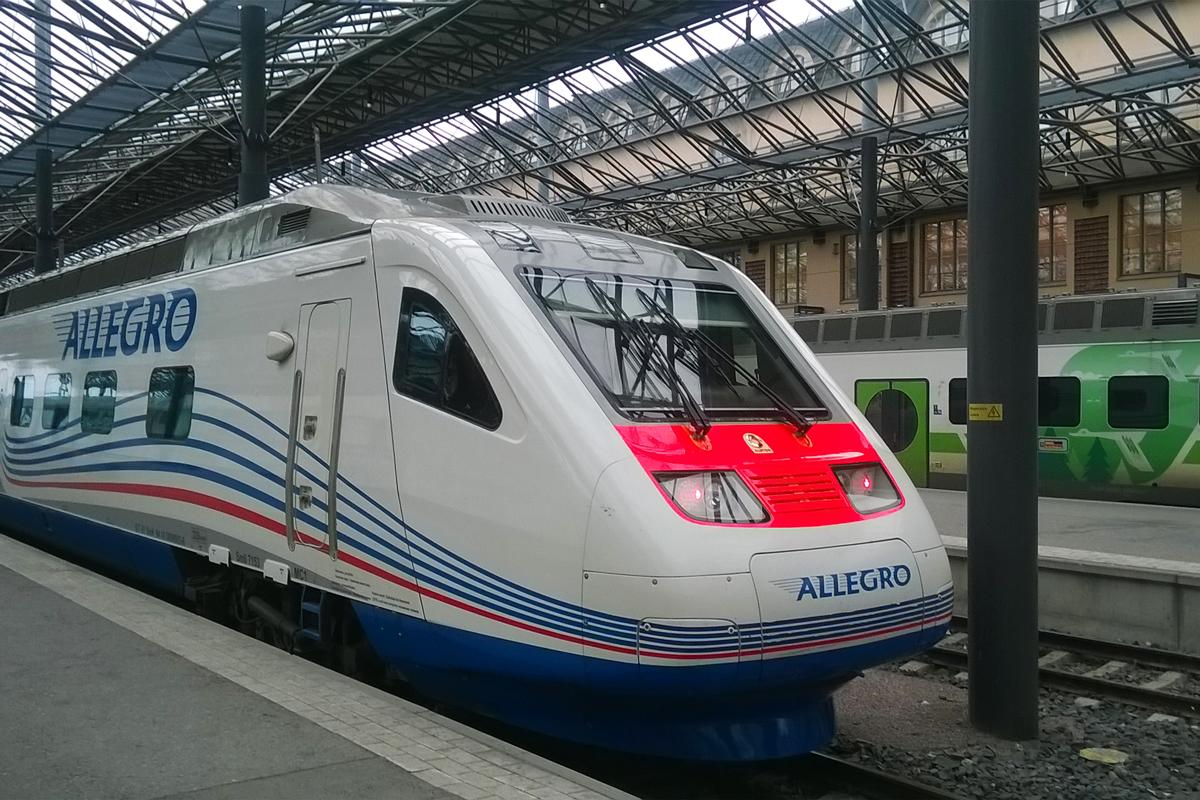 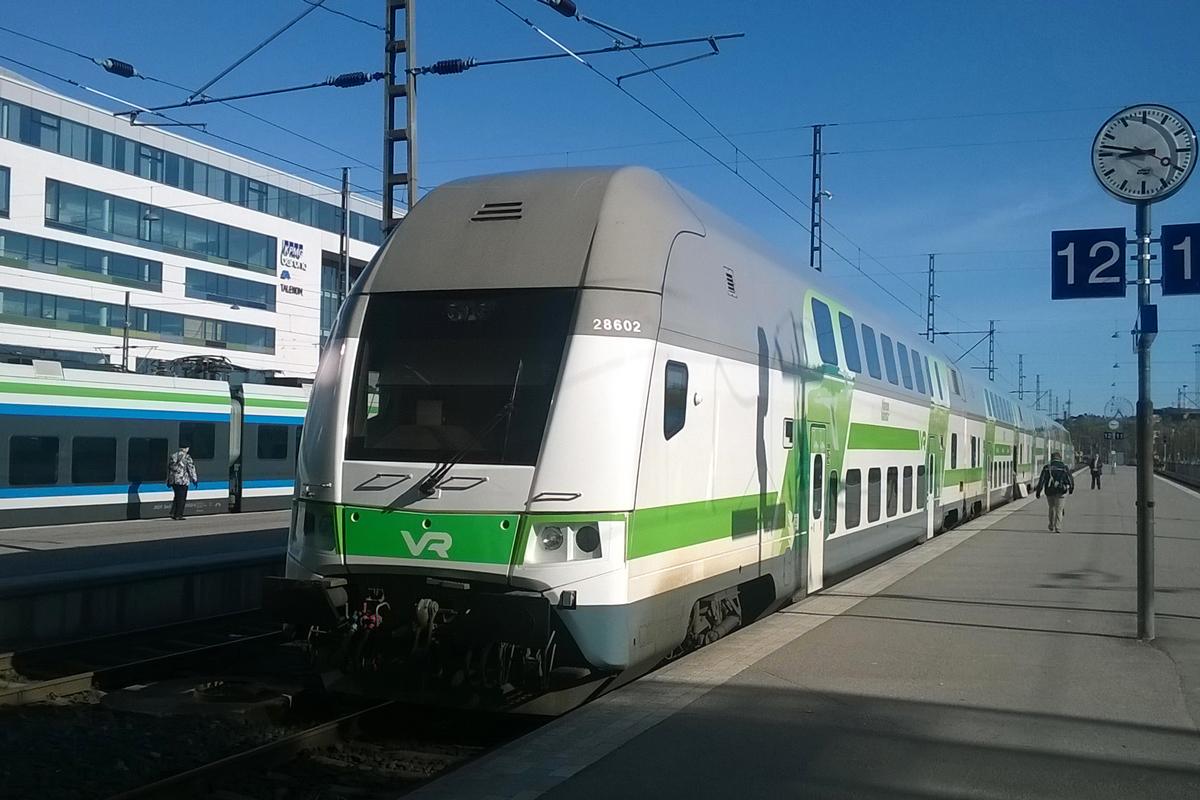 What comes to commuter trains, they are operating in the Greater Helsinki Region; however, you will find own commuter trains in some towns. These trains are replacing the metro line in the area. And Helsinki metro is the northernmost metro in the world. 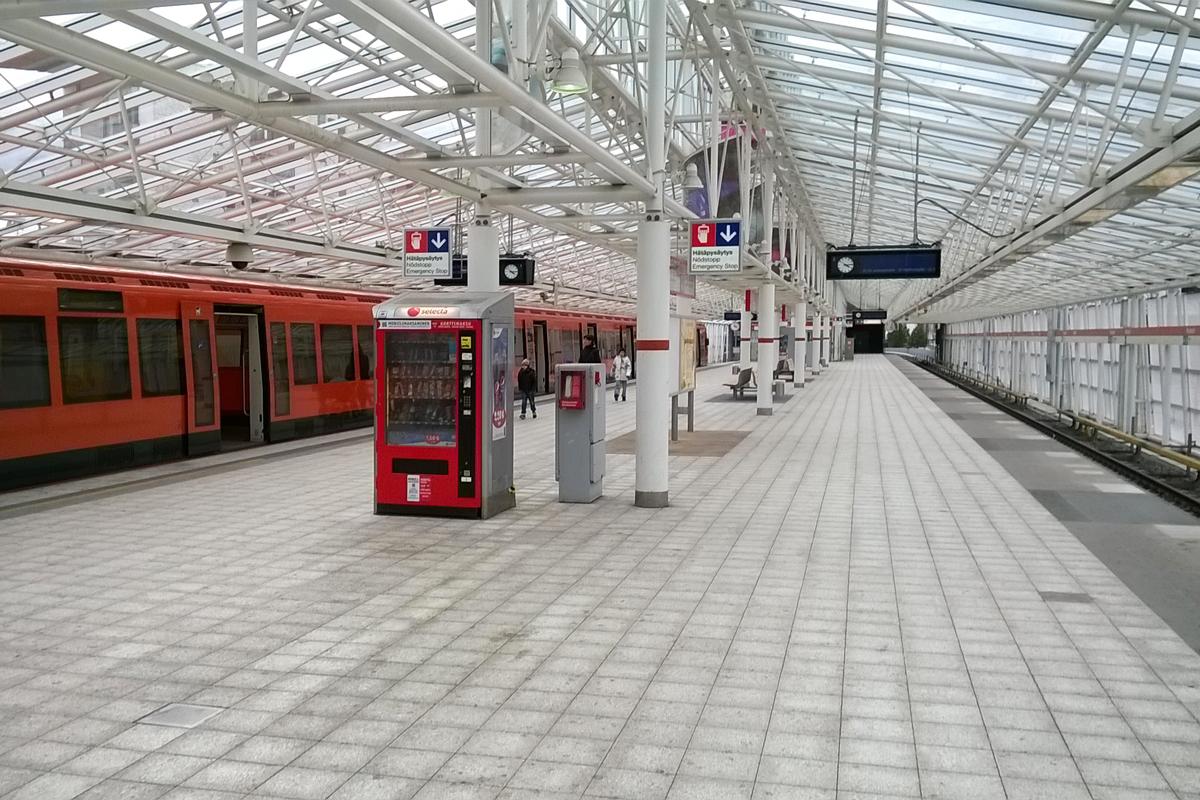 The transportation company in the Greater Helsinki Region is called HSL (HRT); a good way to check transport in the region is using the website Reittiopas. The main offices of HSL and VR are located at the Central Railway Station in Helsinki.

As for one of the most exciting ways to travel to and from Finland, different ferry companies are operating in the country. The ferries mainly depart from Helsinki, Turku, Vaasa, and Åland Islands. This region, i.e. the Baltic Sea, is one of the most developed and travelled by ferry cruises sea regions in the world. The main destinations from Helsinki are St. Petersburg in Russia, Tallinn in Estonia, Riga in Latvia, Åland Islands in Finland, and Stockholm in Sweden. The departures from Turku mainly go to Åland Islands and Stockholm. The companies operating are Silja Line (part of Tallink), Tallink, St. Peter Line, Viking Line, and Eckerö Line. This topic is discussed more in detail in the chapters of the journey in Helsinki. 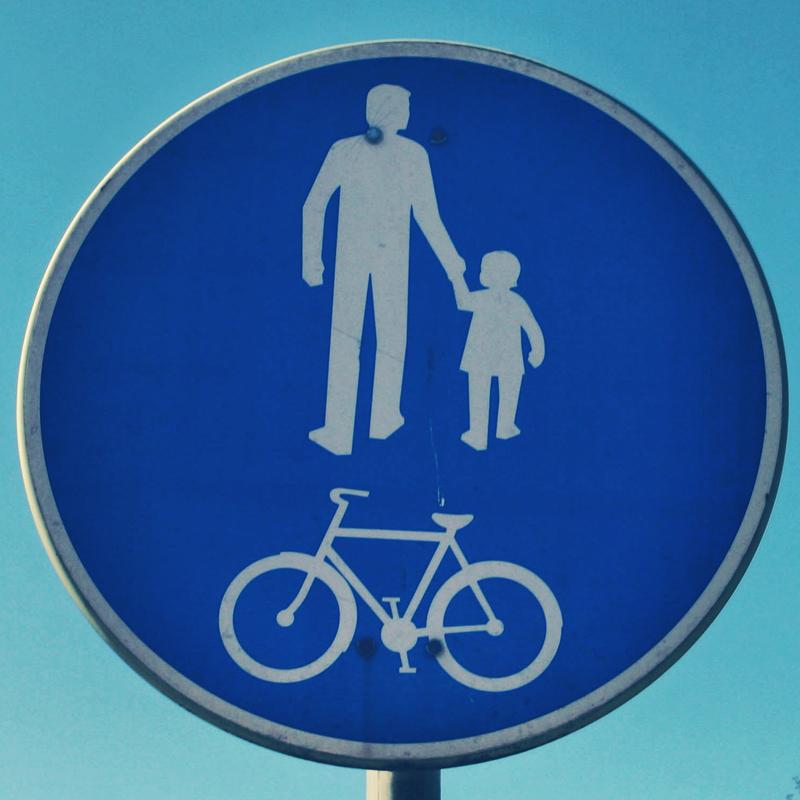 So far we have covered some major facts about transport in Finland, now it is time to provide you with some information for car owners. Here in Finland, people tend to follow the rules, not always but mostly. Roads are covered with small rocks during the wintertime as it may become dangerous without them. Beautiful breath-taking scenery all around might distract from the road; that is why there are lots of parking spots with cafés and other facilities all the way. Moreover, there are bicycle lanes are nearly everywhere in Finland (but except the federal roads). It is necessary to point out that Finland uses only Diesel, E95, and E98 types of gasoline.

The speed limits in towns and cities are 50 km/h. As in all Europe, Finland uses a metric system. Moreover, as in most of Europe, there are lots of roundabouts in the country, which is not typical in North America. Also, the lane for overtaking cars is the one that ends when the road narrows down, i.e. if you are moving on the right lane, you do not have to do anything; cars moving on the left lane (for overtaking) are supposed to give a way to you. 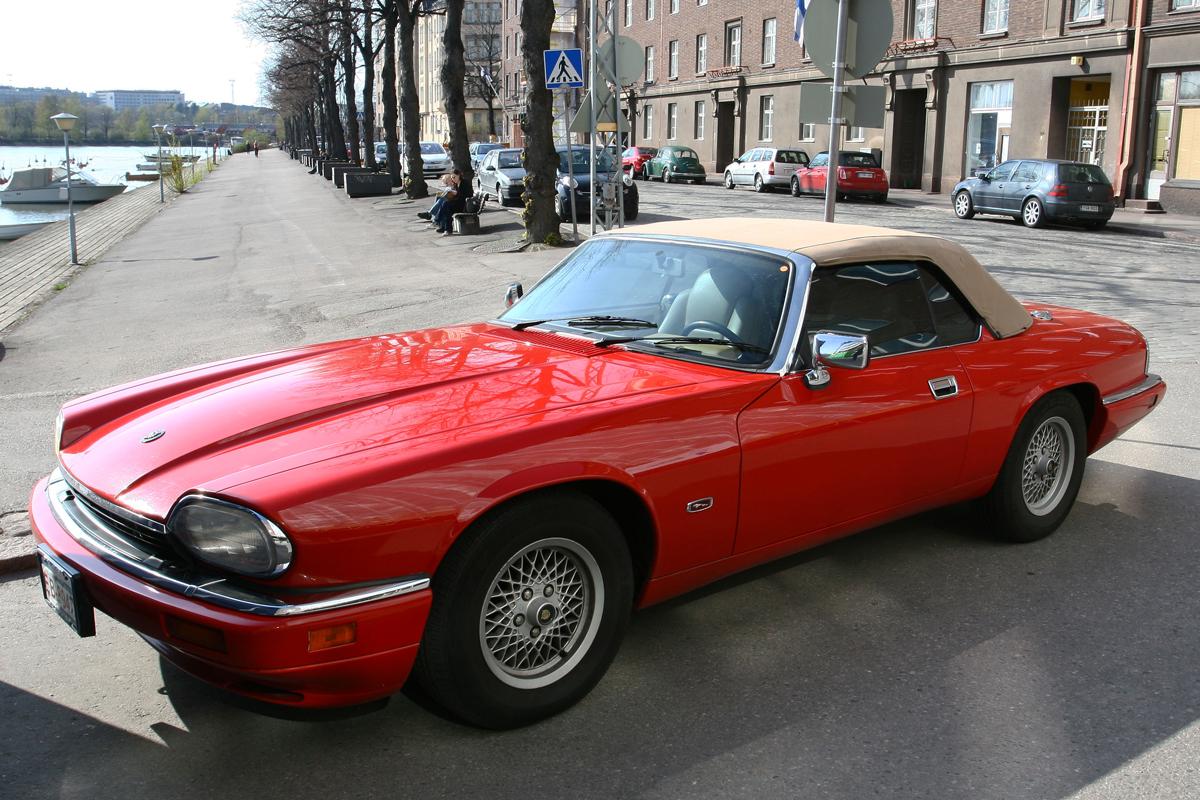 All prices in Finland include taxes and non-E.U. citizens may receive a Tax Free refund; all you need to do is keep your purchases packed and keep your receipts with you till a special point of a tax refund. Naturally, you will need to have your travel document with you to do that. Continuing the topic of shopping, there are lots of well-known shops in the country, as well as lots of its own domestic brands, such as Stockmann, Valio, etc. There are two major corporations, so-called “Groups” in Finland, i.e. K-Group and S-Group. Citymarkets, K-rauta, Neste, and some other brands are part of the K-Group. Sokos Hotels, Sokos department stores, ABC gasoline stations, S-market, Prisma, and some other brands are part of the S-Group, which is the biggest. Beside the above-mentioned brands, you can find common for Europe brands, for instance, Lidl, McDonald’s, H&M, etc. 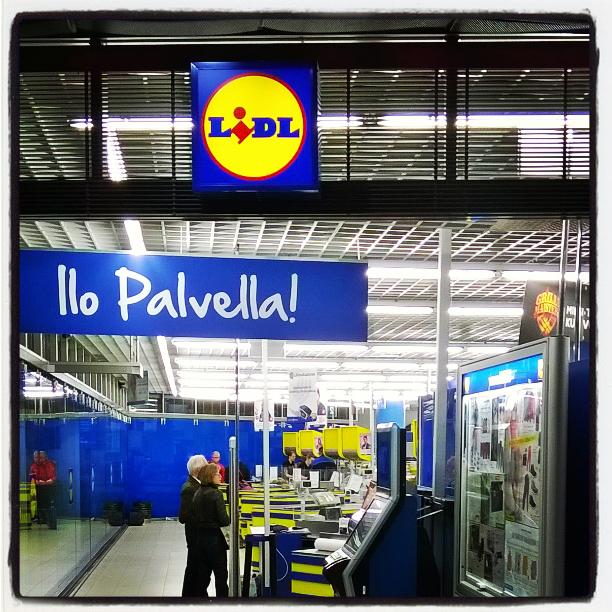 All Finnish cities and towns have so-called “Christmas markets” (“Joulutori”) on their central squares during the Christmas season and a bit before that. You can purchase a lot of handmade souvenirs, some traditional Finnish food and drinks, and enjoy the atmosphere of the Christmas spirit. It is a good chance to bring back home a good memory of the place. 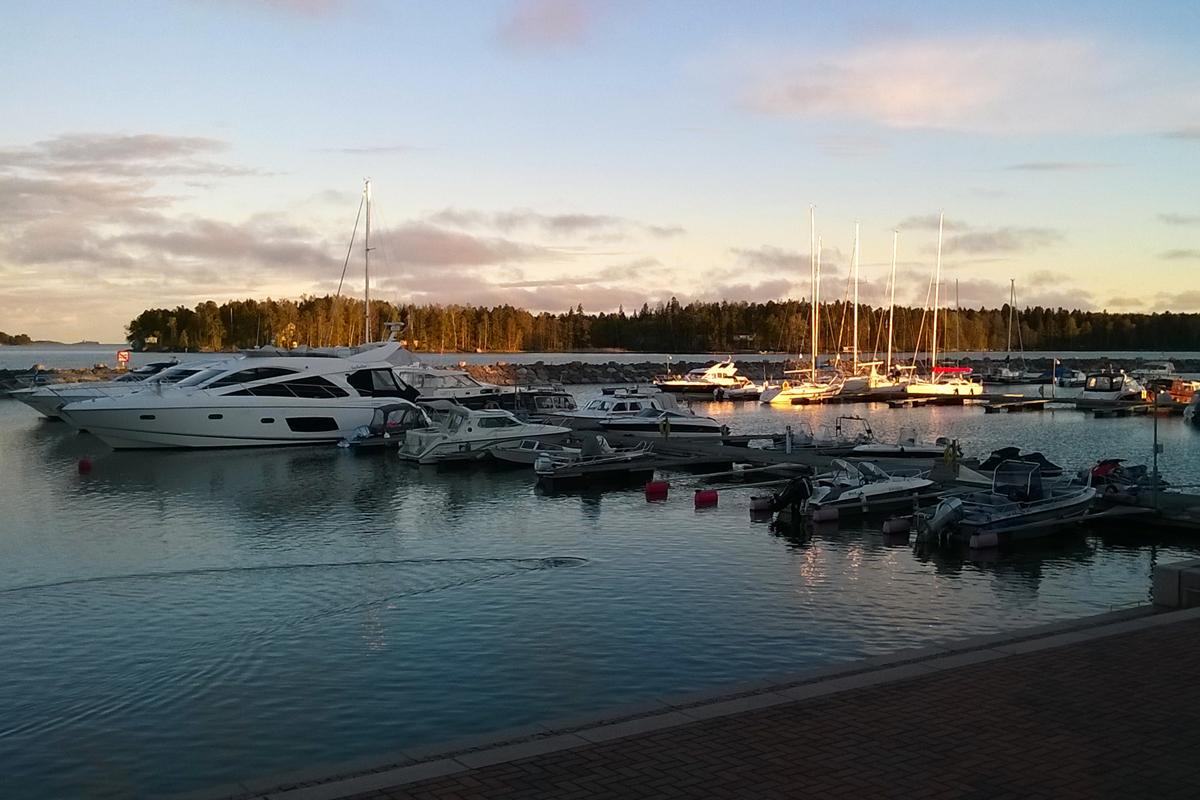 Now, moving on to the language, there are two official languages in Finland, Finnish and Swedish. Due to its history, Finland used to had the 3rd language, Russian, which was removed later on. However, Russian is still widely used in the eastern part of Finland. English is widely used everywhere to be able to communicate with foreigners and tourists. You will see lots of signs in two languages, those which have both names; however, in some parts of Finland is rarely see Swedish in use, for example, in Eastern Finland or in Lapland.

In my journey in Finland I am going to visit some cities, towns, and other places of interest in order to provide a more or less clear picture of the country. Obviously, I am not going to visit each place, there is no point in doing so; however, I am going to share some rare and common experience in Finland. So, let the journey begin! 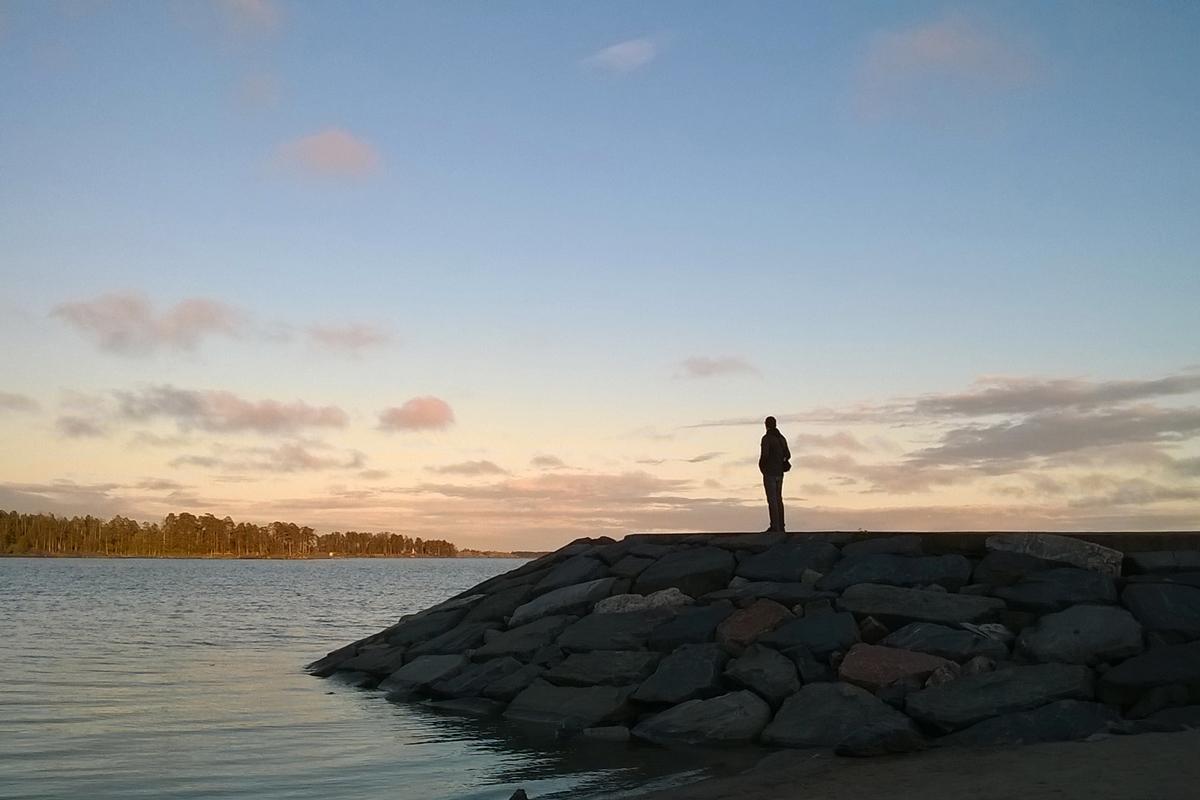 About Travel Smart series
“Travel Smart” is a section, narrating about different countries and good travel tips, advised by the author, Kirill Malyutin. The series contains recommendations, including selected places to visit, character accommodation, and reasonable shopping. Simply get inspiration!

The mountain 110 metres high above the lake Saimaa or 184 above the sea level is located approximately 35 km away from Mikkeli.

The event as part of the Hotel Kämp’s 130th anniversary – one of the icons of the hotel business in the capital of Finland.