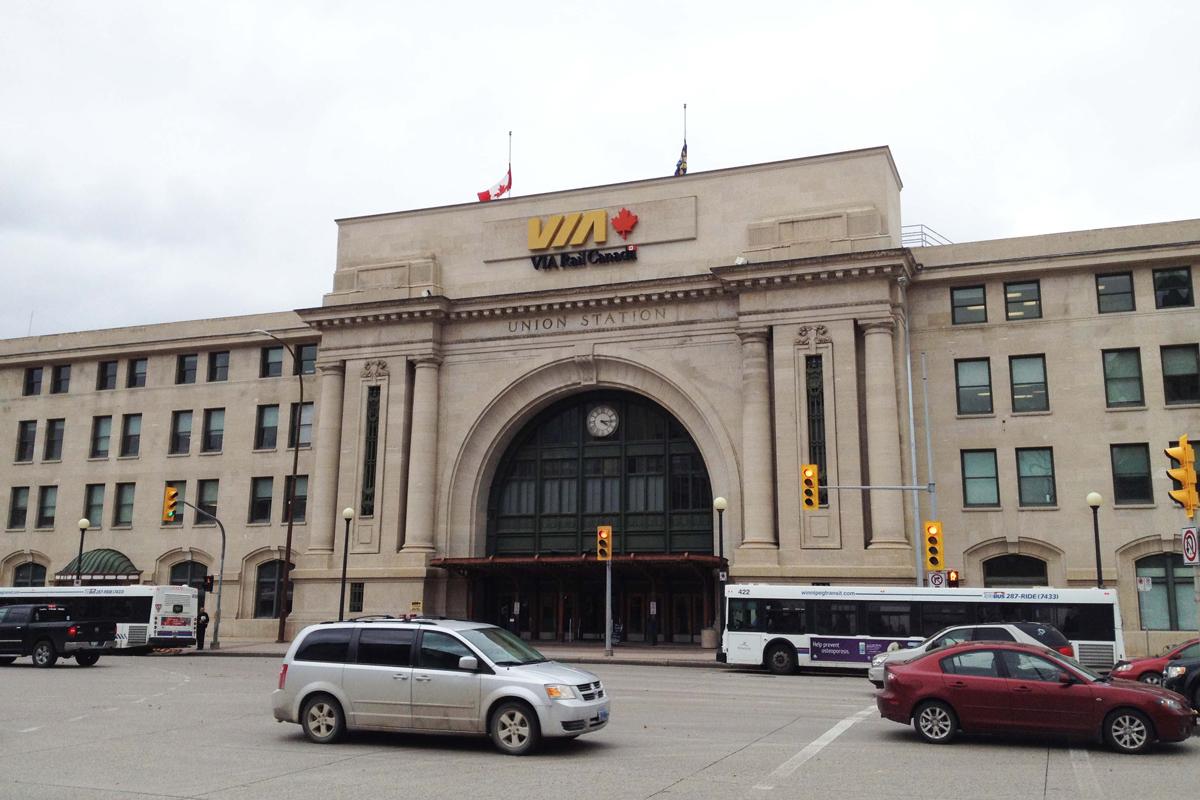 We had visited the city of Winnipeg in 2012, now 5 years later we are going to take a new look at this city to see what has changed and to explore new corners of this unusual place.

Yes, you read it right, the unusual place it is, because Winnipeg is not the city going according to the rules, it has its own spirit, history, and logic. I had the same thoughts back in 2012 but only now I had a chance to discover the reasons for that.

Let us begin with one of the central locations, i.e. the intersection of the Main Street and Broadway. Here, you can find the Union Station, it is the railroad station and part of the cultural heritage. I emphasized part of the cultural heritage because back in time the railroad companies were building stations along with hotels. One of them is the Fort Garry Hotel, Spa and Conference Centre. Most of those hotels were managed by Canadian hotel chains – Pacific Hotels and Fairmont Hotels. 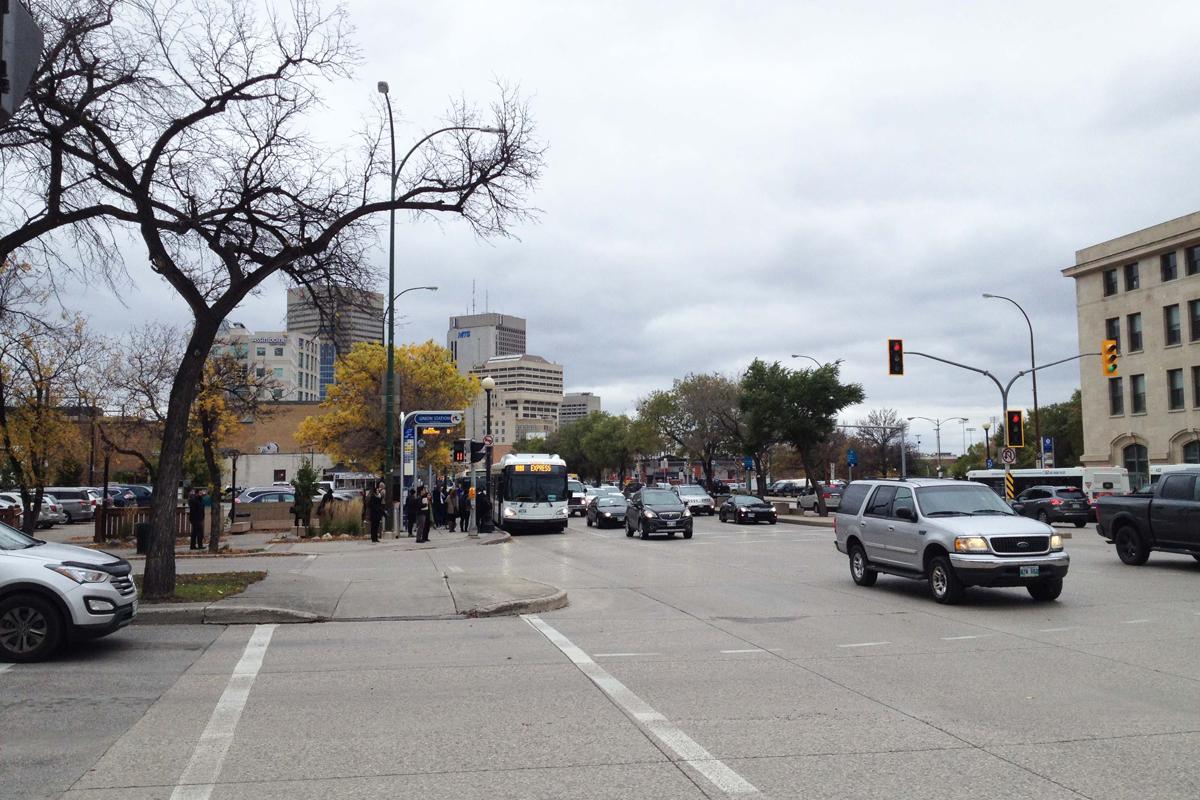 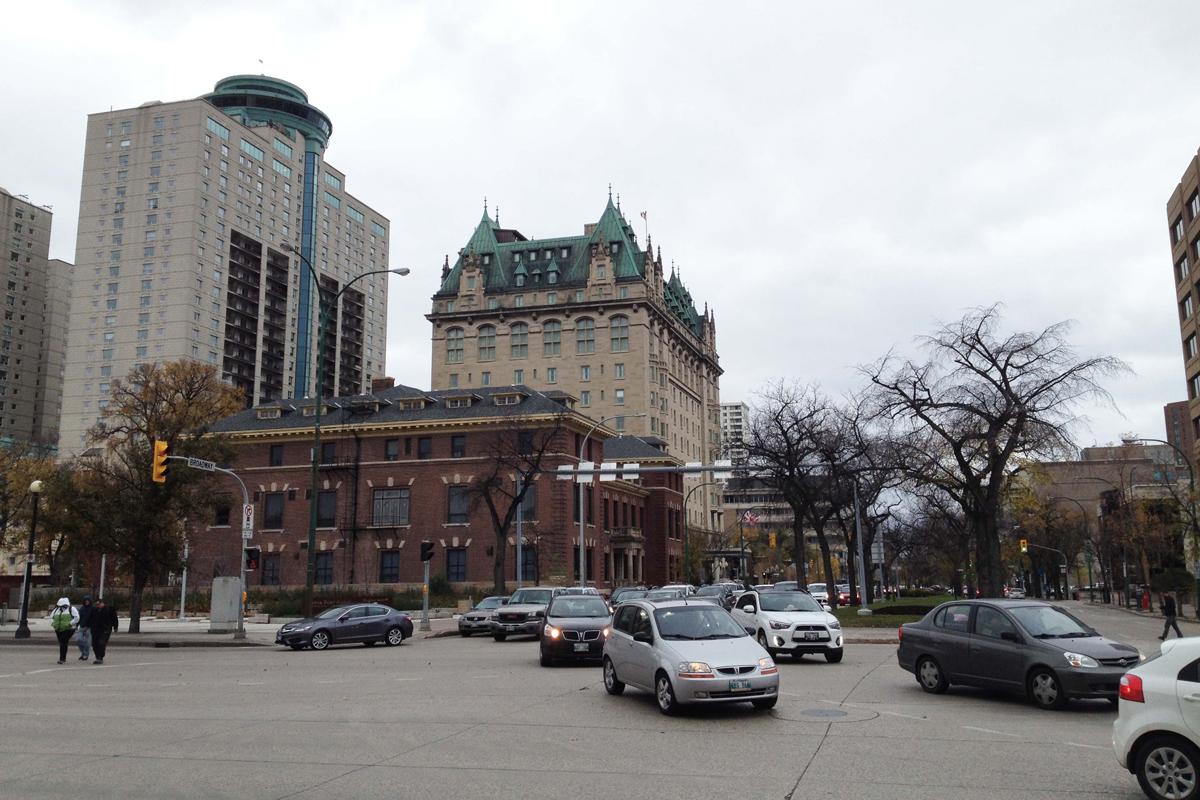 View to the Fort Garry Hotel, Spa and Conference Centre

To me, Winnipeg is the city that in a way goes against the logic in every possible way. The Fort Garry Hotel is just one of those examples. Another good example is this particular street, Broadway. It was initially planned to be the major street of the city, especially if you look at the city map, as normally in big cities. However, it did not become the major street, even in spite of the fact that the local Parliament was built on it. Looking more closely, you notice that the Portage Avenue was built to be parallel to Broadway. Thus, it has replaced Broadway in its function of being the major street of Winnipeg. 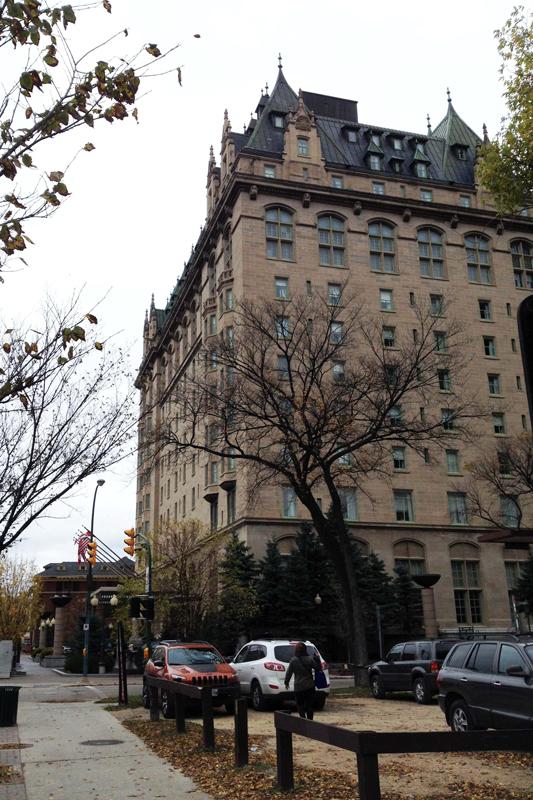 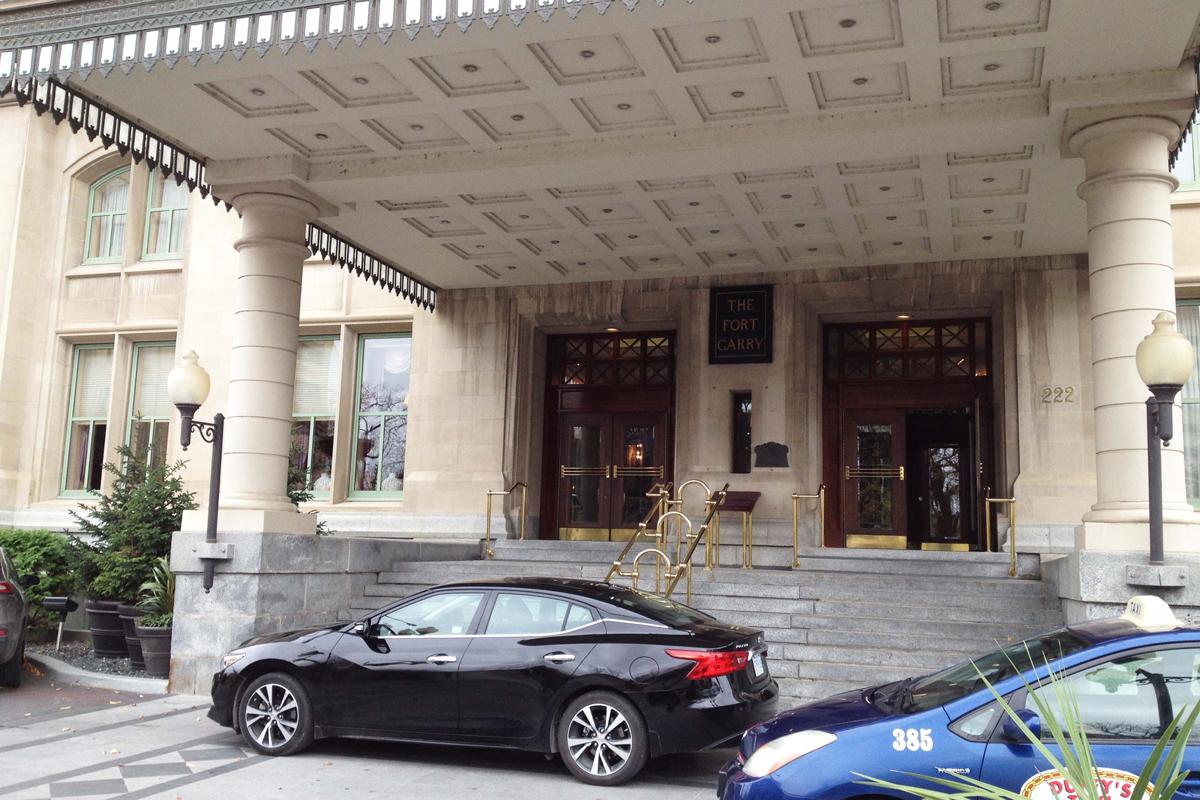 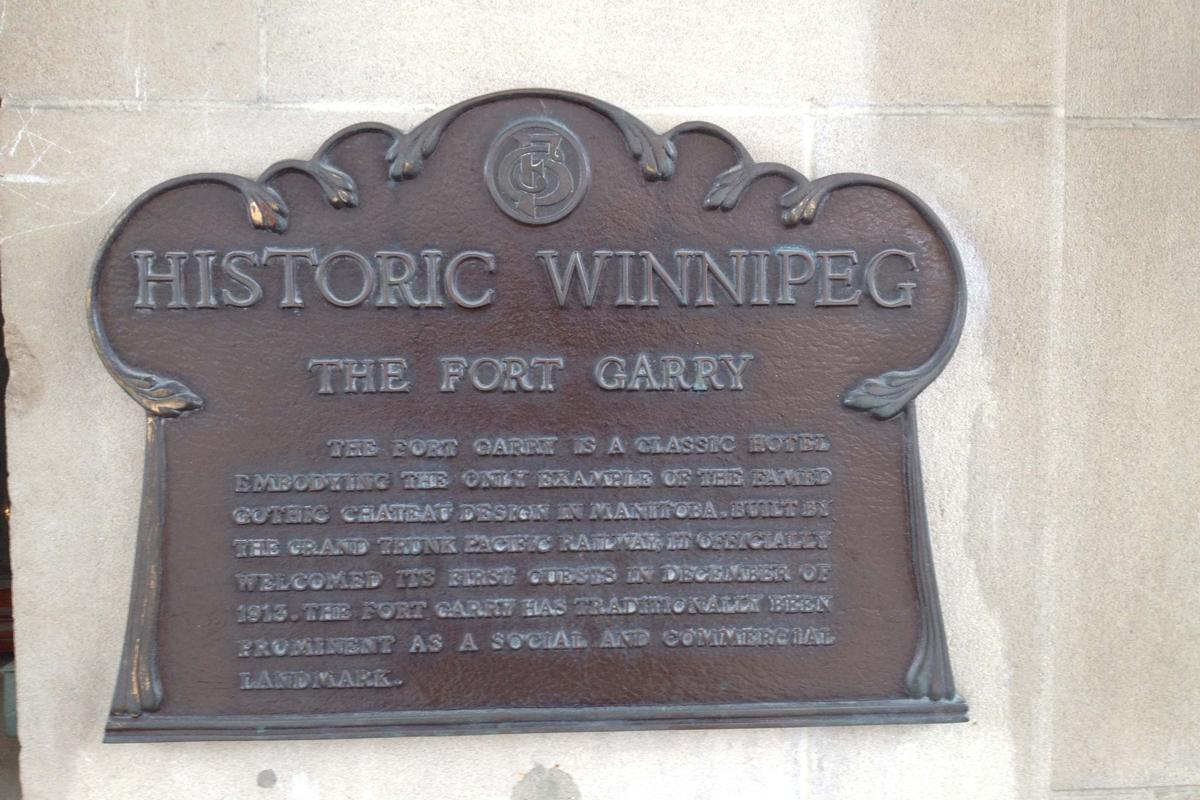 Naturally, I had to ask why it happened this way, and for that I went to the Manitoba Legislative Building (originally named the Manitoba Parliament Building) and got some answers. The reason was simple, Broadway was designed for the realities of those times, when traffic was not that intense, and trees were part of the design. Since there are quite many buildings belonging to Canada’s cultural heritage, the street could not be widened, even though back in time you can see pictures of how old buildings were demolished in order to give space to new ones, such as the Parliament Building. Therefore, Portage Ave. was designed to have no trees on most of its length and to be wide enough for increasing traffic. 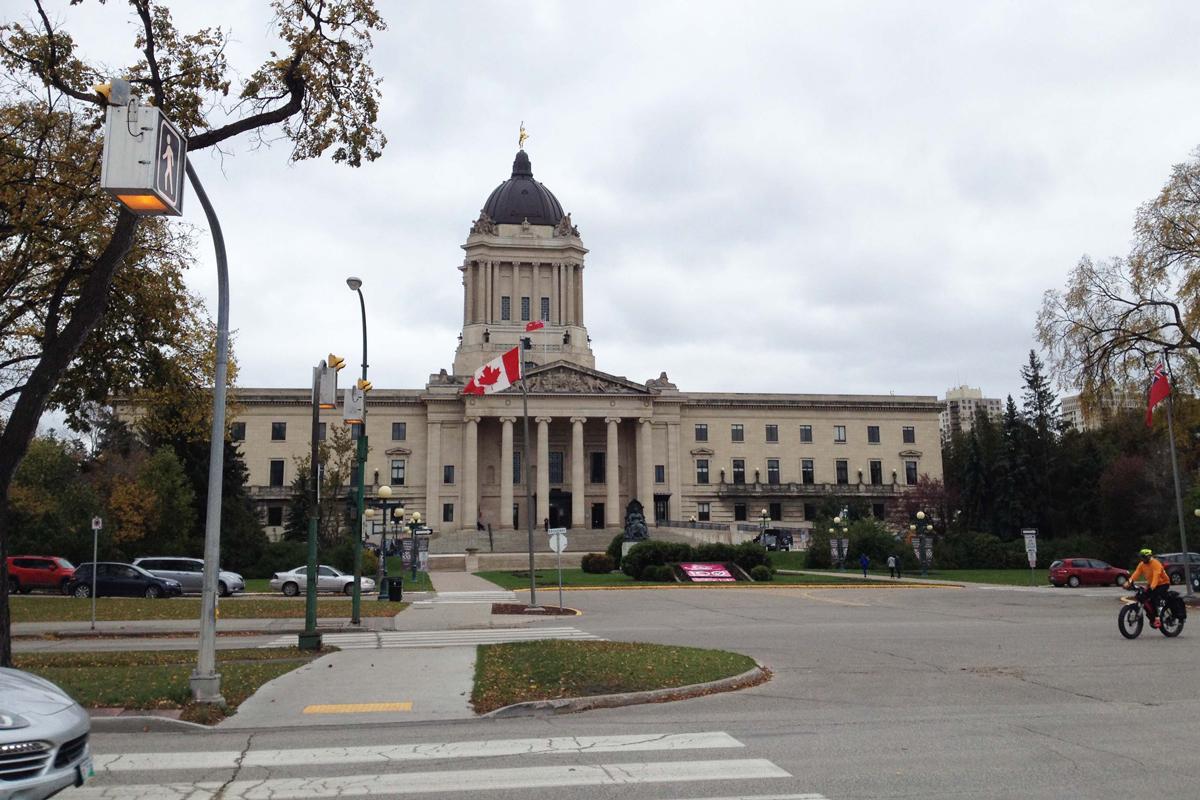 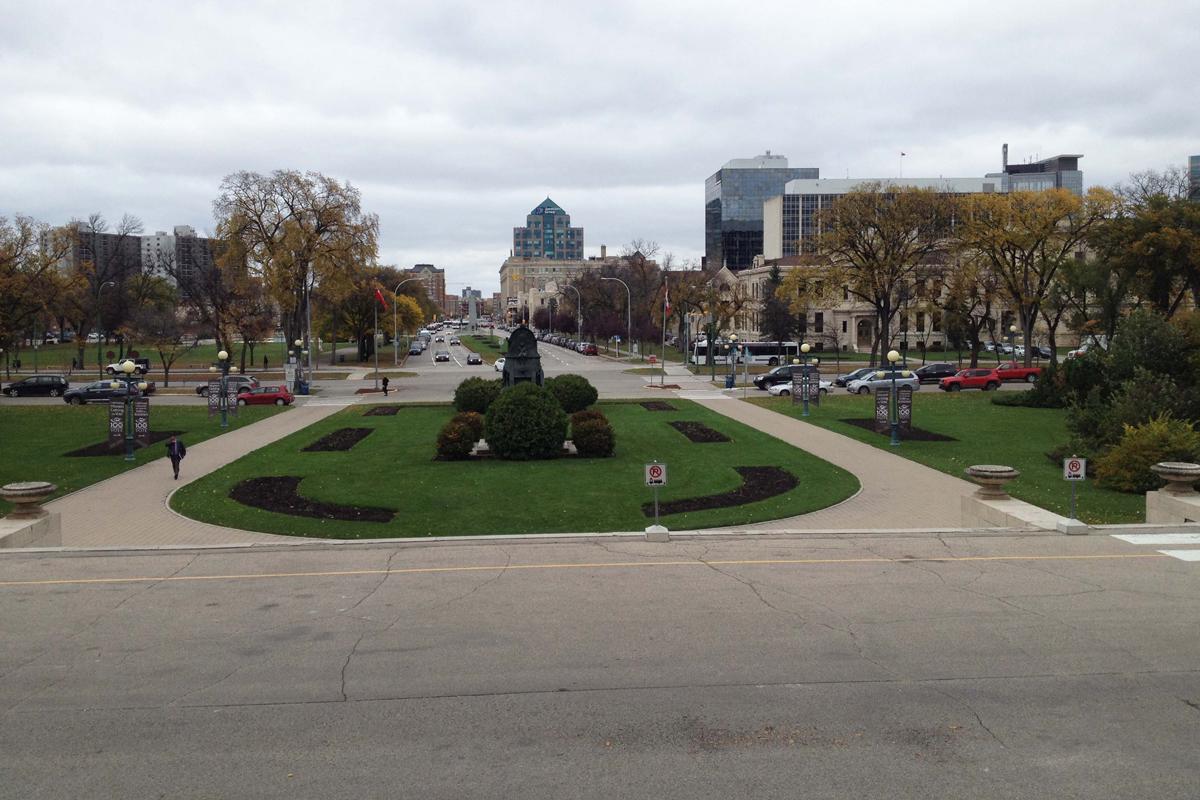 View from the Manitoba Legislative Building

The third reason for Winnipeg to be unusual is its transportation system; there is simply no metro (subway) system in the city. I asked the question why and here is what I got. I was told that during the depressions of the 20’s previous century the city did not suffer from the Great Depression and thus was not in any way affected. Therefore, there was no stimulus to develop in order to overcome the depression. Later on, it simply got stuck in its development and now it has no metro system, even though the city clearly needs it. Also, you can find information that Winnipeg used to have trams (street cars or light metro, depending on how you call it). 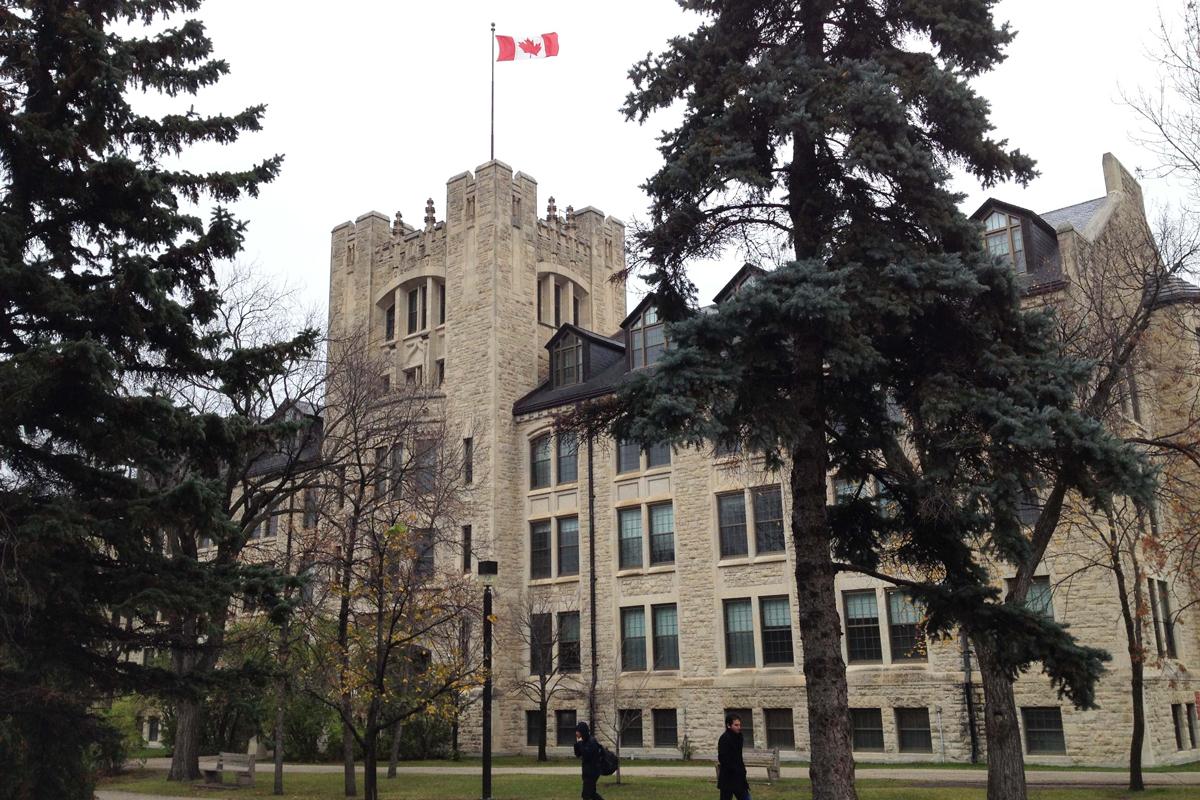 One interesting fact is that Winnipeg has a special road, not just a lane, but a separate part of the road for buses only. One of the bus routes is the one going from the University of Manitoba to downtown (city centre). There are several stops on its way in that part of the road, which are called “stations”, and the largest of them is Osborne Station. You can clearly see that it looks exactly like a metro station. Everything is in a way tailored for it to be a metro line and metro station. I asked Winnipeggers (the citizens of Winnipeg) why there is no metro now, since there a clear need for it; they said that there is no extra money to build even one line. 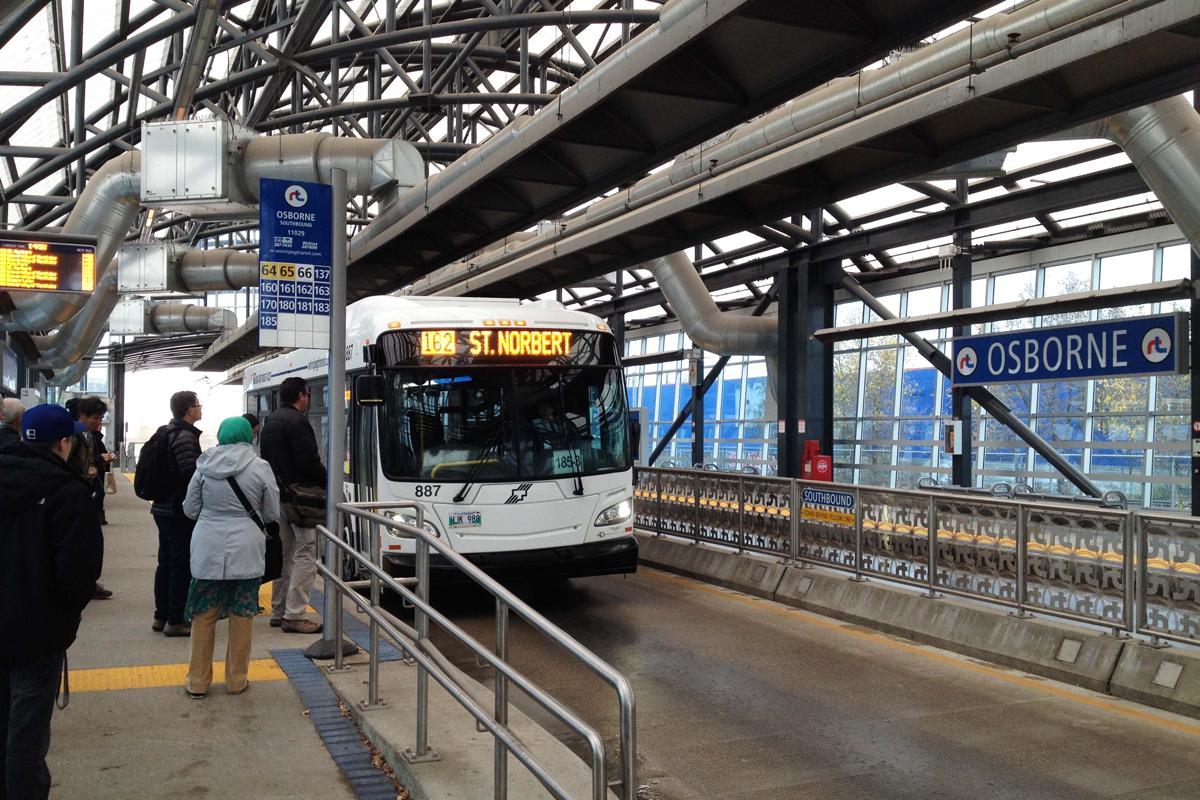 I guess it makes sense to leave the rest for another chapter of the journey. Now you got a new perspective of this city and something you probably did not know before. In the upcoming chapter, we are going to visit the airport and some of the suburbs. Get ready to travel more with Travel Smart!

Canada is the second largest country in the world, which means it has a lot to offer and lots of beautiful places to explore. We will also try to get to know people living here and get an idea of a true Canadian spirit.

The Plaza Hotel has appeared in a well-known film “Home alone 2”. The true luxury hotel was presented as the most attractive and the best hotel in New York City.