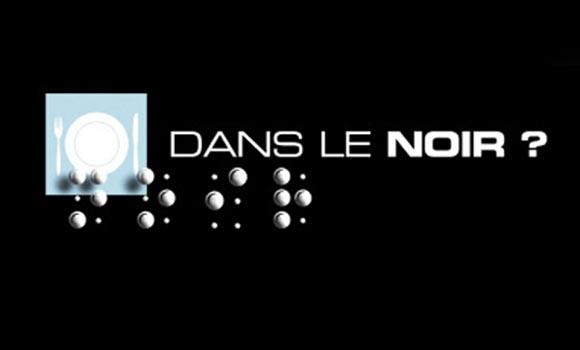 Paris, London, New York, Barcelona and St. Petersburg are not only cultural or economic centres of the world, but also cities where you can visit restaurants “Dans Le Noir?” that serve dinner in total darkness. Recently, “Dans Le Noir?” restaurant in St. Petersburg, which is located in the Sokos Hotel Palace Bridge, celebrated its first birthday, on which occasion TOHOLOGY recalls a visit to this restaurant a year ago.

“Dans Le Noir?” can be translated both as “in the dark” or “in black”. Have you ever tried to guess a dish or beverage without looking? I am sure you have. This is the idea behind the new restaurant. Guests are invited to deliberately ignore the visual information, to better feel the taste and smell of their dinner.

It was 7 p.m., and the guests were already gathered in the lobby bar. Customarily for such events, formal speeches were made by the Director of the restaurant and the partner from Paris. A group of invited guests were instructed about the rules of the restaurant. They were told that: “You will dine in complete darkness. You will be served by blind waiters. You will be asked to submit all glowing devices before entering the hall”. After which the guests were divided into several groups and ushered into the hall.

Once inside, we were “transferred” into the hands of the waiters. The door closed. Our group was assisted by a waiter called Danyil. He put us in a snake line and offered to hold on to each other's left shoulder. And that is how we went to our tables in complete darkness, lined up like children in kindergarten. Our short but rather winding and curious path was traced in such a way as if we walked through a maze – we had to go around walls, made of some soft material, several times. When we reached the dining hall, Danyil stopped our group and started to usher us to our seats by turns. He kept saying things like: “Here is a chair, and there is a table...” Everyone was seated. I had never experienced such complete darkness in all my life. I couldn't see a ray of light or even the slightest glint of cutlery. Some people started talking, others were silent, pretending to merge with the darkness. I started feeling for things on the table. I found a napkin, a set of cutlery, a glass and some water. I was kind enough to pour the drinks to my neighbours. Pouring the drinks in complete darkness is quite an interesting experience that you should try sometime. The waiter brought us appetisers. I found the cutlery and started eating. How can I describe the process? Very unusual. The first thing people think of is to take food with their hands. Some chose to do so, but I did not see the point. The main dish and the dessert followed. The food was very good, both delicious and satisfying.

We were ushered out of the premises in exactly the same way we were brought in. When a door opened and bright light poured in, you could hear and see people reacting to it in various ways. Some were happy to finally return into a familiar environment, others seemed to, on the contrary, miss the darkness.

Naturally, it was very interesting to see the menu we were served. Oddly enough, I had guessed most of the dishes by taste. Many guests insisted that they had been served red wine. As it turned out, the wine had been white, after all. I cannot comment on it as I did not take part in the tasting, but I'm still curious whether is it really so hard to distinguish white wine from red by taste. I'd like to experiment with it someday.

Staff only: how a hospitality team is brought together. What part a hotel HR manager plays?

How often do we pause to think about people behind luxurious service and miracles performed backstage beyond the STAFF ONLY sign? In a new monthly series we will have a coverage on issues related to building a team and pursuing a career in hotel industry. Our first release is dedicated to HR managers: What part a hotel HR manager plays?

ATP tennis tournament St. Petersburg Open 2013 took place on previous week. You can find review of the most interesting moments in our special report.

The impact of the 2018 FIFA World Cup on the tourism and hospitality industry of the host country: market overview of the hotels launched in Russia in H1 2018, hospitality sector statistics and factors affecting the tourism industry.

General managers, heads of human resources departments and other representatives of the hospitality industry shared ideas regarding hospitality business in Russia and how schools can help hotels to achieve its goals.